Thousands of men, women and children from Central America are trekking north, toward hope for asylum in America. In response, the Pentagon announced on October 29, 2018 that over 5,000 soldiers would be sent to meet them, and they are currently fortifying the border, according to NBC News.

Scott Bennett, an associate professor of Spanish at Point Loma Nazarene University, in San Diego, California, cautions us to think twice as we read the headlines regarding people from cultures that are different from ours. “I would say that it is key to talk directly with people instead of listening only to the news.” Bennett continues, emphasizing the need to be able to communicate in someone else’s language. “This is one of the main reasons that I teach Spanish and promote learning about other cultures—not only to broaden my students’ worldview, but to have them become thinking, discerning and caring people who look for the deeper, underlying story in the realities that surround them.”

He goes on to say that, “There is a deep fear in the U.S. of the ‘other’—someone who speaks another language or who comes from a different culture.” Bennett added that this “other” mentality is dehumanizing, and the exact opposite of what he is attempting to accomplish through his life and his work. He says, “This fear [of the ‘other’] can only be broken by personal relationships and through listening and learning about others.”

When one meets Bennett, you are instantly struck by the people centered approach Bennett takes to a discussion that is often fraught with controversy and political polarization. Headlines plaster news feeds and TV screens, alerting of the “other” that immigration (legal and otherwise) is bringing into the United States. Bennett points out how quickly our false perceptions can skew how we see these groups in our lives: “I always encourage students to travel…and actually see situations, people and places for themselves and acquire their own opinions before forming prejudices based on false information.”

Bennett’s work as an award-winning photographer also reflects his desire to capture an individual’s spirit. His art seeks to look beyond the stereotypes placed on people by the public’s perception of their culture. His work all over Central and South America informs his passion to tell the story of the “other.” Bennett says, “I have done various photography projects (in Brazil, Guatemala and Mexico) to help tell the story of marginalized communities.”

His most recent project, entitled “Inside Out,” featured 12 monumental portraits pasted on the border fence in Tijuana. Bennett says, “The main idea was to show that we are much more alike than different, and we also hoped to humanize migrants and their experience.” The portraits featured the faces of people living on both sides of the border and were “a binational art action to help create a sense of community on both sides of the border,” Bennett says.

As he interacts with students on Point Loma’s campus, Bennett places a strong emphasis on the importance of learning another language, pointing out that it’s the most effective way to connect to those who are different than you. He also shares how critical it can be when entering the job market, especially in the United States, where, according to the 2016 U.S. Census Bureau, 40 million U.S. residents, ages 5 and older, speak Spanish in their home. Bennett explains, saying, “As the Spanish-speaking population in the U.S. continues to grow, the best way to understand and connect with people is through developing skills in communication that go beyond just a few months of language study.”

Additionally, he encourages those who are interested in learning more about another culture to simply attempt to break out of their comfort zone. “The unfortunate thing is that most people prefer to stay comfortable, and basically hang out with people that are just like them.” Bennett says that even though our inclination is to interact with those who are like us, if we really want to understand the “other” we need to make human connections with them. 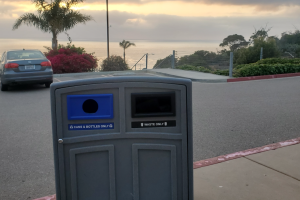