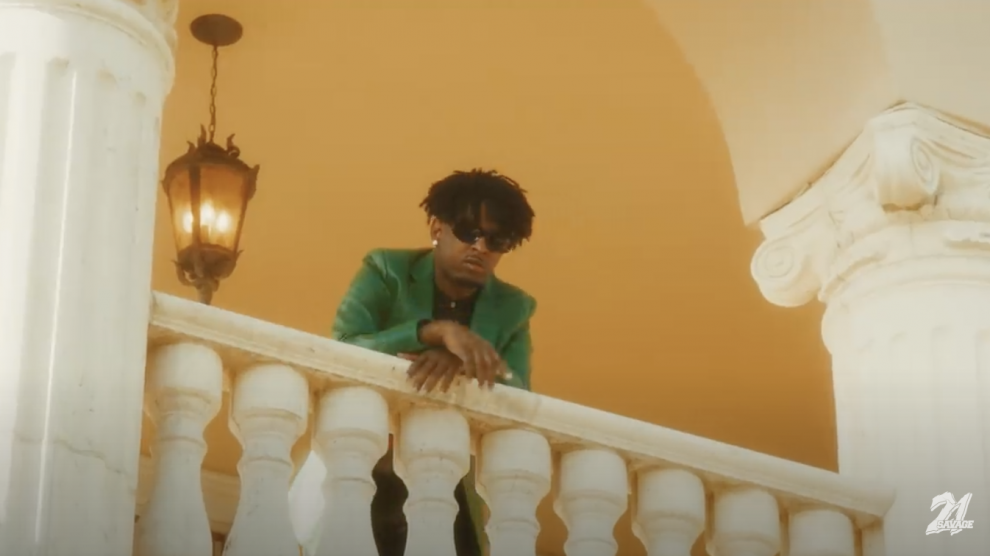 Loaded with nostalgic and aggressive ‘90s beats, Atlanta-raised rapper 21 Savage’s new album “Savage Mode 2” is a trap banger. Produced by the recognizable and signature studded Metro Boomin, and narrated by Morgan Freeman, “Savage Mode 2” is loaded with hits that can only be aesthetically paired with smoking a blunt and drinking a 40 while driving. While on first listen I didn’t find myself engrossed with the album, I felt this hypnotizing effect from the rhythm of Savage’s flow and a hardcore beat reminiscent of something like Schoolboy Q’s “Crash Talk.” The album demanded another listen to do it justice.

The album starts with an introduction by Morgan Freeman, and while at first I was worried it would be too head-y, Freeman’s interludes never take themselves too seriously and rather than sounding pretentious are more light hearted ponderings. The intro transitions into “Runnin,” a track that can only be described as a “total banger” combines Metro Boomin’s more aggressive trap beat with the rhythmic and repetitive flows of 21 Savage’s spitting bars. While rapping about struggles of urban life and neighborhood dangers, he interjects with jokes and musings, usually about sex, money or drugs, and that juxtaposition of subject material mixes playfully with the percussiveness of the instrumentals.

“Glock in my Lap” builds on that same energy, but the album hits its weakest point early with the previously released single “Mr. Right Now” featuring Drake. The beat lacks energy and feels like it’s sitting on the back burner, while Drake takes over most of the vocal space on the track. Drake’s inflection lacks variation and his delivery makes the track indistinguishable from something mediocre like a DJ Khaled track. He also has a creepy line about dating SZA back in 2008, but she was 17 for most of that year…

“Rich N—a S**t” featuring Young Thug has a bit more energy and personality to it, but it’s the track “Slidin” where the tone noticeably shifts back to the edgier vibe from the beginning. My favorite part of the album follows that track with Freeman’s “Snitches and Rats Interlude.” Freeman’s documentary style description of the difference between snitches and rats is pragmatic and unforgiving as he dispenses street law as if he decreed it himself.

The consistency of talent and originality culminates with the track “Steppin on N—-s” when all of a sudden there’s a wild disc scratching solo. The scratching reminds me of both the early 90s aesthetic of A Tribe Called Quest or the rougher style of Three 6 Mafia. It’s a sound that isn’t very common in contemporary hip hop anymore. The call back is a great tribute to the album’s other old-school inspirations as well as the early ‘90s inspired cover art.

For trap music, the light hearted tone of the interludes and the head-bobbing bangers fused throughout the project are key to Savage expressing some of the darker tones of the album while not taking himself too seriously. Metro Boomin and 21 Savage have an undeniable chemistry that makes this not only a great trap album, but also a potential staple of the genre if it holds up in years to come.