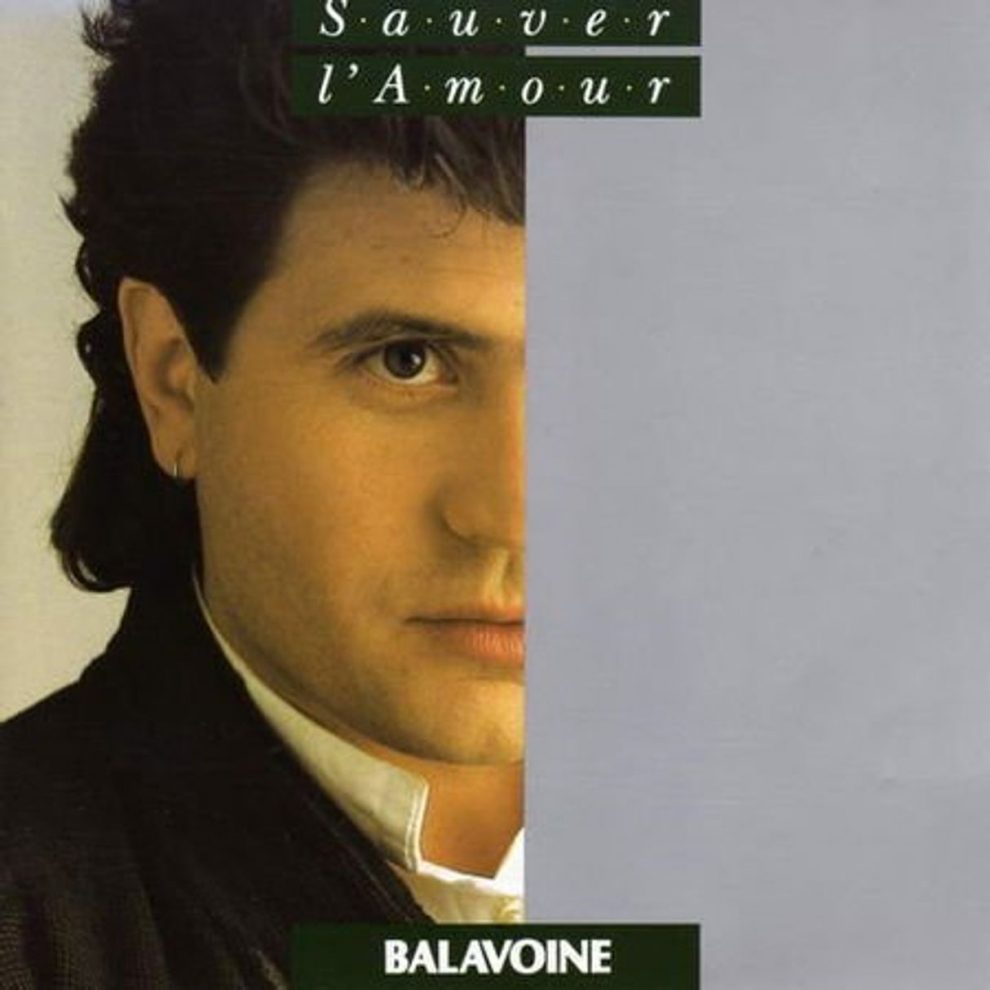 My earliest memories of music consist solely of Daniel Balavoine. Raised on a cultural diet of Jean-Jacques Goldman tunes, Johnny Hallyday ballads and various ‘80s French pop records, the only thing that stuck out to me was Balavoine. Luckily, my parents were happy to indulge me when I asked to play his CD again and again every time we got in the car. Whether it was family vacations or even a drive to pre-school, I wanted to listen to nothing but his melodic voice and his catchy synth-laden production.

French singer-songwriter Daniel Balavoine is exemplary of the tortured artist. His final album “Sauver l’amour” exemplifies that best with its dark tone and melancholic themes, but his artistry and style hid that from me for years. On the shallow surface, “Sauver l’amour” is a creative and catchy collection of euro pop/dance club hits, but hidden in plain sight are the words of a pained and troubled man whose personal struggles embody themes of a relatable universal suffering.

Balavoine began his career in France writing songs for his contemporaries while his own solo career failed to get off the ground. It wasn’t until his 1978 hit “Le Chanteur” and his performance in the musical “Starmania” that Balavoine was able to present his powerful falsetto voice and didactic nihilistic songwriting. His wide range and deeply troubled lyrics combined into a style that finally brought him critical success. Balavoine’s career was tragically cut short only a few years later in 1985 when he was killed in a helicopter accident in Dakar while scouting for water sources for local villages.

Recording in an isolated studio in the Scottish Highlands, Balavoine became a pioneer of MIDI instruments. His experimentation with keyboards and computer-based production techniques became the archetype of synth-based ‘80s music. His pioneering work was critical in inspiring widespread use of those techniques across the globe, but his strict adherence to only singing in French severely limited his prevalence to the Anglo-centric American music market.

Balavoine sang primarily about struggling with the reality of his own existence. His secular lyrics dive into his feelings of anguish about world-wide suffering and his inability to make any change to the course of humanity. Songs like “Tous les cris les S.O.S.” or “Le blues est blanc” display how much Balavoine struggled with what he considered to be a meaningless and empty existence. He compares life to rowing a boat that won’t move and has nowhere to go, yet requires he keep rowing. He literally cries out about how he feels surrounded by empty bodies all crying for help to an empty void, yet he is forced to relent that someday he will turn to dust.

As I got older, I expanded my taste in French music and dived into the artists and albums that forged the musical identity of my parents’ upbringing. Nothing compared to what I heard by Balavoine and I doubt anything ever will. Twenty years have gone by since those drives to pre-school and a lot of things have changed since then, but “Sauver l’amour” has remained as potent and inspiring as those early memories.

Bieber’s Sixth Studio Album Does not do Him “Justice”
Have You Seen The Didgeridoo Man?