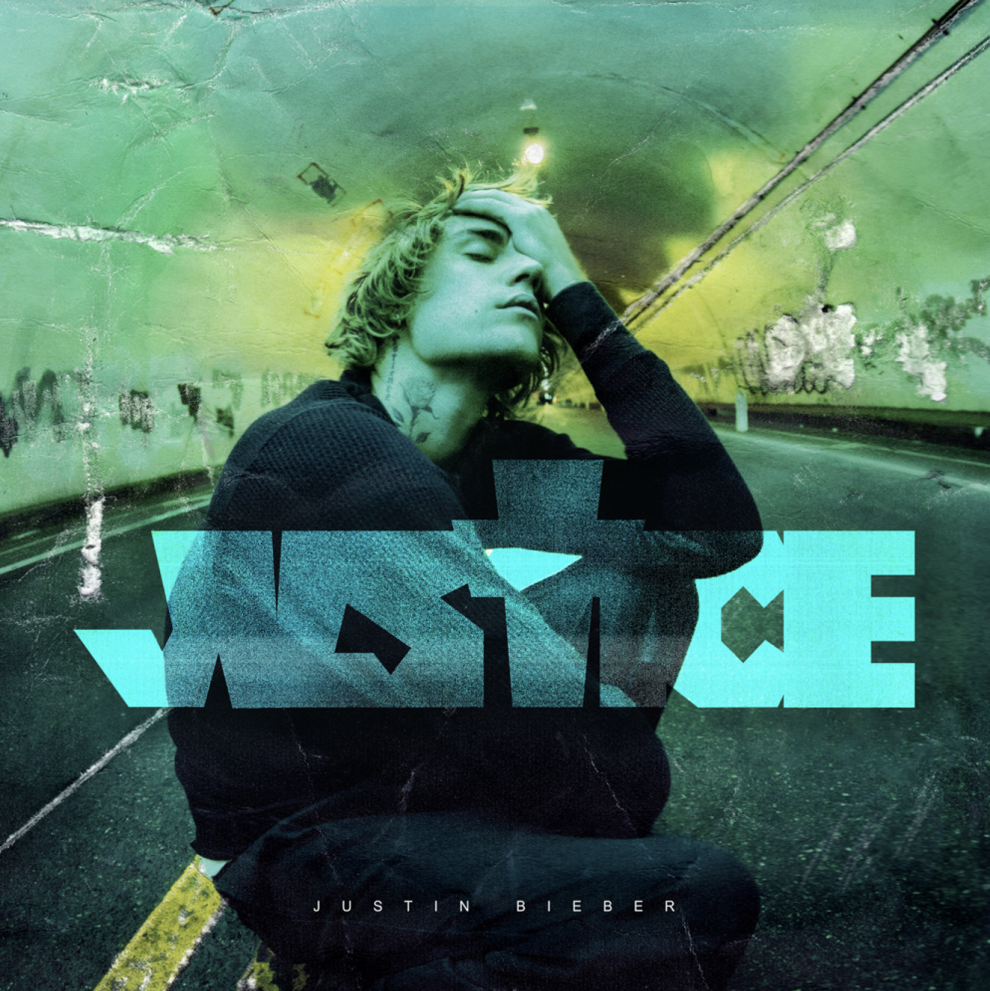 Justin Bieber’s album “Justice,” released on March 19, expresses Bieber’s current stage in adulthood and his hot takes on love, social justice, faith and life in the limelight. While the album is lyrically honest about Bieber’s personal life, it ultimately misses the mark in achieving musical innovation and fails to make any concrete commentary surrounding justice for anyone but himself. For 45 minutes and 33 seconds, Bieber explains to the media who he is outside his public persona.

Throughout his time in the spotlight, Bieber has commented frequently to the media about his insecurities regarding his public perception. Now, “Justice” allows Bieber to reflect on his stardom through songs like “Lonely” and “Unstable.” Both songs describe the loneliness and immense pressure that come with having to appeal to millions of people. Bieber’s songwriting has come a long way from pining heartache lyrics in “One Less Lonely Girl” to raw expressions of anxiety in “Unstable.” Yet, “Justice” does not have the reckoning lyricism and redemptive titles of his 2015 album “Purpose.” “Purpose” was Bieber’s musical PSA to the world that he was moving out of his bad boy days.

Each track on “Justice” is an underdeveloped experimentation of sub-pop, leaving the album sounding incohesive. So, when the mature content of “As I Am” gets arranged with a teen-y bop beat, the song ends up being cringey, not catchy. “Die For You” is more of a pop-rock song with lo-fi beats, paying homage to the style of the song’s featured artist, Dominic Fike. It’s the most foreign to Bieber’s style on the album. Bieber’s previous 2020 album “Changes” possessed a R&B and pop quality.

The true outlier of this album is “Peaches (feat. Daniel Caesar & Giveon).” “Peaches” is Bieber’s seventh No.1 on the Hot 100 and Billboard 200 list. It’s the perfect summer song to cruise around to. The upbeat arrangement highlights the smoothness of Caesar and Giveon’s voices and Bieber’s staple ad-libs add charisma to make it a hit. “Peaches” is the direction I wanted the rest of “Justice” to take — romantic R&B tracks and summer beach tunes. Instead, “Deserve You,” “Somebody” and “Ghost” all sound like bad bedroom pop.

Carli Moore, a sophomore accounting major at PLNU, said, “the album is something I’d listen to in 2014.”

It’s safe to say most of the songs seem fashionably out of date. Despite the preteen sound of this album’s music, Bieber’s voice has never sounded better. His vocal runs show how much his voice has improved over the years. In his ballad “2 Much,” he sings in a lower key that expresses vulnerability and pain in a melodic, breathy way. Bieber isn’t a powerhouse vocalist, but his vocal arrangements allow him to give an effortless delivery.

Meg Chavez, a managerial and organizational communications major, has been a ‘Belieber’ since he came out with “Baby,” released in 2010.

“I’ve loved to see Justin change and evolve in his life and his music,” Chavez said. “These last two albums released within a year from each other, ‘Changes’ and ‘Justice’ say a lot about where he is now.”

Bieber has always been open about his faith, so his stint as a worship pastor in the songs “Holy” and “Hold On” was predictable. “Holy” is one of the album’s pre-released singles from earlier this year. The song features Chance the Rapper, one of Bieber’s good friends…their friendship is the only thing I really enjoyed about this collaboration. In “Hold On,” Bieber writes about  heaven being a destination of peace. The message: if we ‘hold on’ and make it through we’ll be there soon. Bieber’s pop-worship songs are quite sweet but don’t fit with what the rest of the album tries to do. (Written before Freedom EP released on Easter).

For the sake of time, I will not discuss Bieber’s misstep in “2 Much” when he introduces the song with a speech from Martin Luther King Jr. only for the rest of the song to be a love letter to his wife. The album’s seventh track also includes an “MLK Interlude.” Although I believe Bieber’s interests in social justices are genuine, I found the inclusion of MLK’s speeches to be artistically inappropriate.

Nonetheless, Bieber communicates authenticity in every piece of work he does. Sadly, “Justice” lacked focus. My hope is that Bieber finds freedom from pop in his future music.

Antlers: “Green to Gold” Review
Out of the Glovebox: “Sauver l’amour”