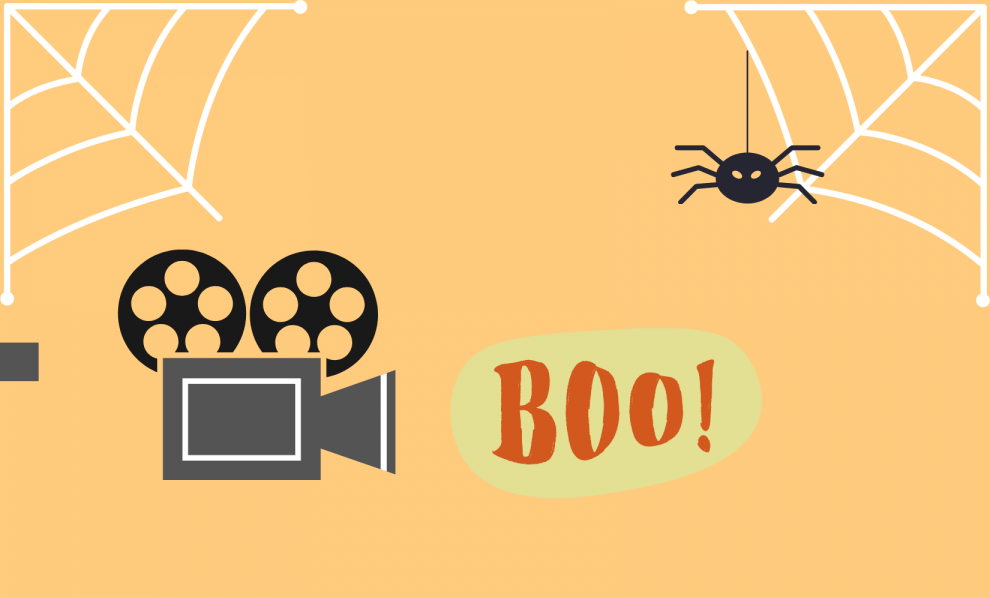 Whether you’re spending Halloween inside munching on your own bag of candy, or just feel like being in the spooky spirit, here are the 10 best Halloween movies on Netflix. Grab that family size bag of Reese’s cups you’ve been hiding from your roommates and your favorite blanket for these spooky thrillers and chillers.

A low budget cult classic, this 80s horror flick is a crash course in camp. The outlandish plot and nightmare fueled set design are byproducts of a stoner’s crazy idea of extraterrestrial aliens and the visuals of their buddy on a “bad trip.” The perfect mix of comedy and out-of-this-world horror, “Killer Klowns From Outer Space” is good enough to make Pennywise jealous.

This Spielberg classic is a must watch for any cinephile or Halloween enthusiast. A staple in 80s movie culture, “Poltergeist” is the gold standard of “home haunt” horror films. This classic is great for anyone who prefers well-crafted suspense or a thrilling plot over gore or violence.

While this might be one of the worst movies I’ve ever seen, it makes for great Halloween watching with your circle of quarantine friends. The movie offers endless laughs thanks to its unbelievable dialogue, awful plot and terrible acting. You can tell production spent most of the budget on hiring Dylan Minnette from “13 Reasons Why.”

While the sequels to this film are well known for their over-the-top gore and chainsaw wielding hero, the first “Evil Dead” movie is a simple, effective and perfect horror movie. While not necessarily breaking any boundaries, it achieves all the horror tropes to perfection with unaware teenagers in a cabin, terrifying zombie villains, a mostly silent hero and near psychedelic imagery that makes you question your own sanity more than those of the characters.

While deceptively marketed online as a “so bad it’s funny” horror movie, those reviews understate the watchability and enjoyment of this 2018 film. With a unique perspective of filming and interesting college caricatures for characters, “Haunting on Frat Row” makes up for its low budget and weak premise with quality acting, good character motivations and the horror film equivalent of “Project X.” Just replace the car in the pool with dead frat boy bodies…

Not for the weak at heart, “The Green Inferno” is a classic Eli Roth film where you see his directorial style at its best. The movie is violently gory, with a significant amount of the budget directed toward gallons of fake blood. This film follows six environmental activists who get captured by the very Amazonian locals they are trying to save and forced to watch as their friends are dismembered and gorged upon. Approach this film with a strong stomach and maybe a puke bag.

“Veronica” is a Spanish film about a young woman who battles a haunting evil spirit and the pressures of adolescence. This film, like “The Evil Dead,” is a perfect horror movie, balancing style and substance incredibly well, while providing a narrative unique to the genre. This movie is in Spanish, but reading subtitles only heightened the tension as the fleeting demon in the corner stole my attention from the captions and made me that much more terrified.

“The Darkness” is another one of those awful movies that just begs to be riffed on with your friends. This Kevin Bacon helmed horror flick is about a young boy who wanders into an Anasazi burial ground and brings home some angry spirits. Not only is the plot uninspired, but it borders on being offensive toward Anasazi culture with its shallow portrayal of the indigenous culture and the haunting. The best part of the movie is that it doesn’t make sense to the audience and I doubt it made sense to anyone working on it either.

“Friend Request” takes the cake for European studio knock-offs of popular horror movies. After the unprecedented success of “Unfriended,” this Russian studio attempted to make their own version of the cyber horror thriller, with a spirit that lacks all motivation and haunts her peers through Facebook. The movie is as silly as it sounds, and to make it even better, it was set and partly filmed in San Diego.

While not a horror movie or scary flick, “Pan’s Labyrinth” is the oeuvre d’art of Director Guillermo Del Toro. He transports the audience into a magical world that borders on the edge of fantasy and a little girl’s imagination. This film is also in Spanish, but the subtitles don’t detract from the heart wrenching story of a young girl in fascist Spain attempting to flee her fears and save her family through the treacherous and monsterly horrors of the labyrinth.

“My Agenda”: The Concept Album for Proud Boys
Movie Theaters in the Pandemic