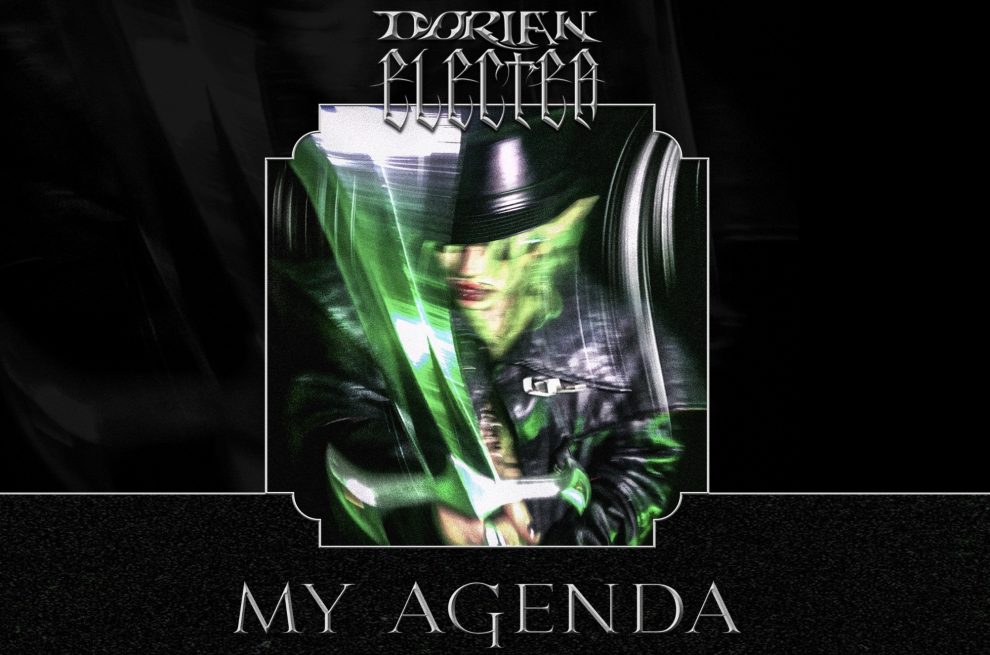 The always flamboyant Dorian Electra aggressively pushed the boundaries of pop music with their newest album “My Agenda.” Dynamic in both sound and substance, “My Agenda” is a satirical concept album from the perspective of an edgy incel battling their self-constructed image of the gay agenda, while simulataneously highlighting how their perspective of the gay agenda mirrors the sexual frustration and homophobic qualities they fear within themself.

Through the lyrics, Electra enacts a character who invokes the image of the American incel found online in places like 4chan or the recently banned r/Gamersriseup, a community on Reddit. In both the album art and the lyrical material, they reference members of these online communities — most strikingly the Joker from “The Dark Knight” trilogy. A popular figurehead in these online circles, Electra has dressed like the Joker in music videos, used his color scheme on the album art and even references his catch phrase “Why so serious?” on the track “Edgelord.” This sums up the character they portray: an edgy anti-PC, anarchy-touting online persona that instigates chat-forum conflict.

The influence of the internet around edgelord culture and Electra’s style is heavily reflected in the eclectic and grandiose instrumental style of the album. The blown out and diverse sound feels like an exploitation of the internet’s sonic landscape, with varied tracks featuring heavy dubstep, glitzy pop melodies and even some hard-style EDM segments. This diversity of musical subgenres is supported by the wide array of internet famous features like Lil Texas, The Village People and even Rebecca Black in a show stealing feature on “Edgelord,” which makes me hope she continues in this experimental pop direction.

By combining their edgelord persona with their internet-fueled soundtrack, Electra paints an intimate picture of the Internet troll, specifically the violently incendiary ones touting their support of “alt-right” ideals, and involuntary celibacy.

The first track, “F the World” sounds like an enchantment heralding the creation of the edgelord, the vocal delivery starting like a chant and devolving into a cry of,

“F the world because you made me

F the world because it pains me

F the world because it hates me

F the world so I can get laid.”

Once the creation of this edgelord being is established, Electra uses the second track to play with the made up conflict of the gay agenda versus the “alt-right” agenda. On the track “My Agenda,” Electra uses recent political imagery to exhibit how the “alt-right’s” image of the gay agenda is a projection of their own sexual stiflement. The track features P#$%y Riot and Village People, both groups who are heavily associated with gay iconography in the music scene. Their lyrics ironically compare the imagery of gay pride parades with the recent armed march on City Hall in Michigan, and how the edgelord sees the parade as the real act of terrorism, unaware of their own projection.

“Have you seen my pamphlets?

Have you read my blog?

Have you seen my army marching

Down to city hall?

You can always spot us

By the way we walk

As we’re plotting to take over

And destroy you all.”

The variety in musical style and lyrical character building is the primary substance of the album. Tracks like “Gentleman” and “My Lady” build on to Electra’s persona while still ironically presenting the paradox that exists in edgelord culture. Tracks like “Ram it Down” and “Barbie Boy” contrast the self-constructed, homophobic yet sexually insecure character with conflicting ends of the musical spectrum, bouncing between sparkly pop anthems to viking metal and hard-style. The album ends with a very cathartic piano ballad, reflecting a penance-like praise as their character thanks God for their punishment, questionably alluding that the edgelord has discovered they are in fact not an “alt-right,” homophobic chaos bringer, but rather a flamboyant, sexually fluid person.

“My Agenda” is both a spectacle and a satirical argument on the validity of edgelord culture, and a criticism of the sexually repressive nature of that lifestyle. Their mocking of fervorous heterosexual confidence and contemporary chivalric customs is vicious and fiercely in tune with the quality of musical production and thematic layers. While relatively short, this 25 minute album is tight in both style and substance, deeply and effectively conveying a cultural message while smashing musical barriers.