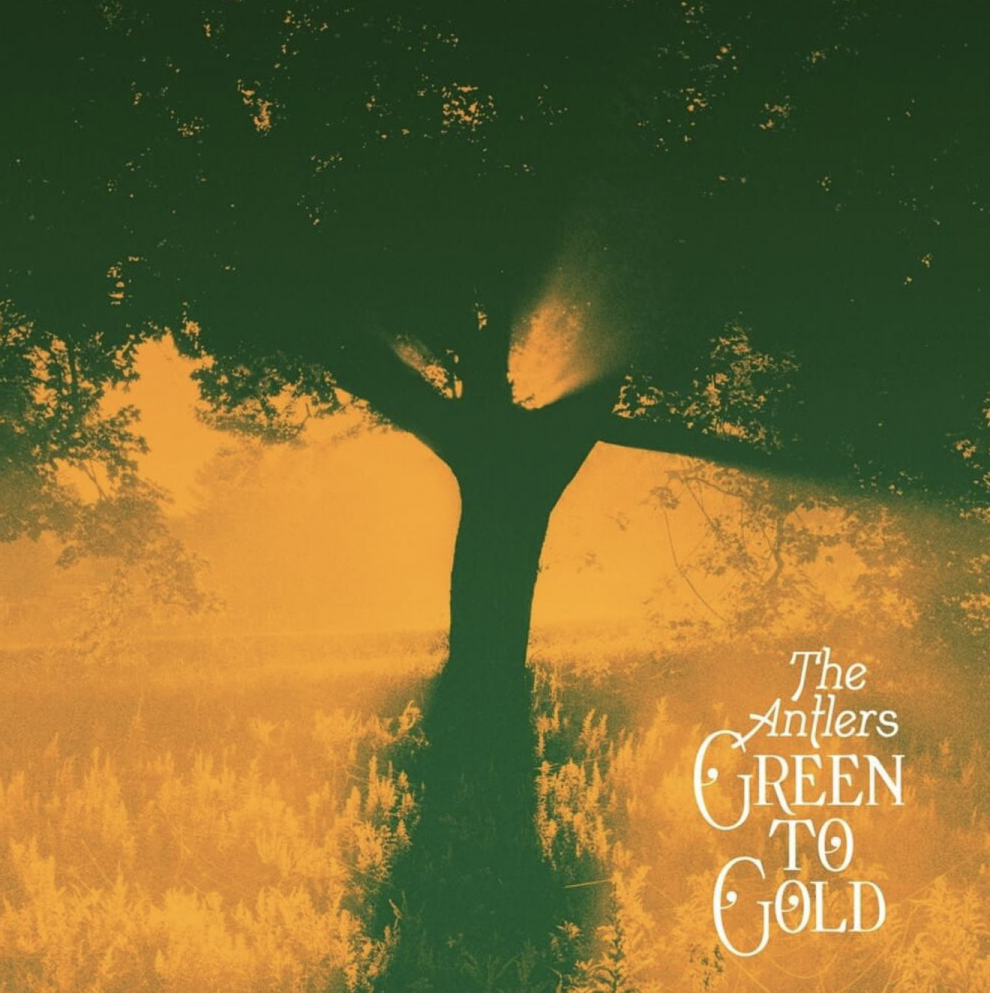 After seven long years, New York-based indie rock band The Antlers released their sixth studio album “Green to Gold.” Their most popular effort “Hospice” released in 2009, established the unique minimalist and whisper-like tone that encompassed the band’s distinct sound. The drone-y instrumentals and the barely-there soft timbre of the vocals synergized perfectly with the dysphoric lyrical material to create an incredibly melancholic album that they had, until now, been unable to reproduce. While I liked their 2011 follow-up “Burst Apart” and it heralded a few successful singles, it was not met with as much acclaim nor was it as structurally cohesive and remarkable as “Hospice.”

“Burst Apart” and “Familiars” are both great albums but they lacked that lighting-in-a-bottle feel captured by “Hospice”; the intense audible inspiration and cathartic subtext just wasn’t there. After such a long hiatus, I had started to lose hope that The Antlers would ever come back with an original and potent album, but after hearing “Green To Gold,” I can feel that the lightning is back. The band left behind the morbid themes of human mortality to embrace the joy and wonder of the human condition.

Just like its album cover, “Green To Gold” is warm and inviting. Its sonic landscape is rooted in folk instrumentation and homey lyrics that envelop the listener into what feels like a golden wheat field of reverb-ed guitars and cascading pianos. Every song begs to be listened to at golden hour, and the album winds down like the setting sun, shrinking under the veil of twilight.

This warmth is evident in the album’s instrumentation as well as its lyrical content. The introductory track “Strawflower” paints a golden picturesque landscape one brush stroke at a time with its slowly layered twinkling guitars and soft percussion. The lyrics have this same effect on the song “Solstice”: “And the day stretches out to the edge of time / And it turns about, you’re losing light / We can see in the dark without sunset sigh / We can lay in the dusk and keeping bright, bright, bright.”

From start to finish, the album feels like a summer sunset, observed from the front porch of your grandma’s house in Oklahoma.

It’s important to mention “Hospice” because of how much that album exists in the thematic shadows of this new album. While making an album that is completely opposite in tone to “Hospice,” The Antlers were able to take the qualities that made that album great and adapt it to this new chapter in their music. “Hospice” screamed melancholy and introverted isolation; its sound was as sterile and cold as a linoleum floor but filled with heart. “Green To Gold” captures that same heart but in a way that is softer, more comfortable and filled with the resignation toward optimism that comes with experience. There’s no doubt that the man who wrote “Hospice” has grown and matured, because only that older individual could have made a cohesive sequel like “Green To Gold.”