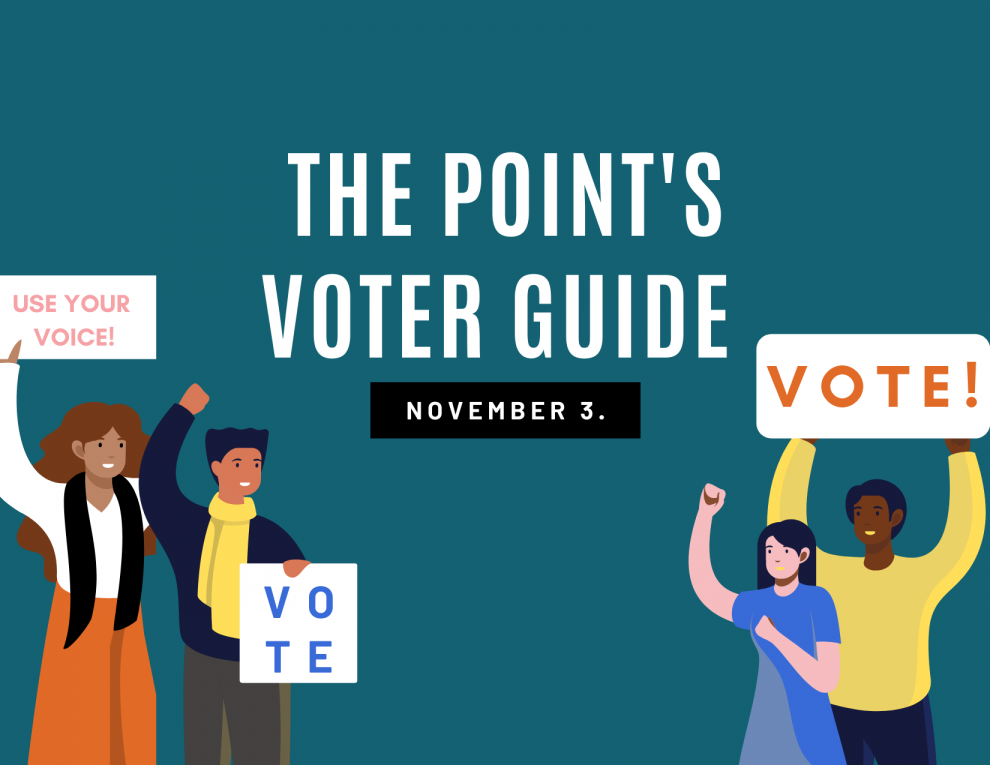 The official date of the election in California is Tuesday, Nov. 3, 2020, but many Californians already received their ballots in the mail, as a result of new legislation making California a permanent vote-by-mail state. One way to vote is by filling out a ballot and mailing it back as soon as possible or dropping it off in person to any of the 120 ballot drop box locations. The deadline to register to vote online or by mail is Oct. 13, but you can register in person on the day of the election and cast a provisional ballot. If you prefer to vote in person, polling locations will be open from 7 a.m. – 8 p.m. beginning on Oct. 31 through Nov. 3.

State Propositions on the 2020 Ballot:

The following is a brief summary of the propositions and measures on the ballot specific to the state of California and county of San Diego. Readers are encouraged to do their own in-depth research on all ballot items and not rely solely on the summary given by The Point.

Prop 14: If passed, it will give $5.5 billion to stem cell and other forms of medical research while increasing state costs to repay bonds over the next 30 years.

Prop 15: If passed, this will tax commercial business buildings on the current value of the property, rather than the value it had when initially purchased. This would impact properties worth more than $3 million. Tax funds obtained through this proposition would fund schools and local governments.

Prop 16: If passed, this proposition would allow government policies to make decisions based on race, sex, color, ethnicity or naional origin.

Prop 17: If passed, it would allow individuals voting rights after finishing a prison term and increase one-time costs by several hundred thousand dollars for voting registration and ballot materials.

Prop 18:  If passed, it would allow 17-year-olds to vote in the primaries if they will be 18 by the time the general election occurs.

Prop 19: If passed, people over 55, disabled individuals and natural disaster victims would be able to pay the same amount of property taxes when they move to a new home. It would also limit tax benefits to those who inherit real estate (excluding primary homes and farms).

Prop 20: If passed, it will increase the punishment for who repeatedly shoplift hundreds of dollars worth of product by increasing jail time for certain non-violent offenders. It would also require law enforcement to get DNA samples for people who commit certain misdemeanors.

Prop 21: If passed, the state government would be allowed to impose rent control on properties more than 15 years old. This means landlords would not be allowed to charge more than a certain amount for rent.

Prop 22: If passed, it would allow rideshare and delivery drivers (Uber, Doordash, Lyft) to be considered private contractors rather than employees.

Prop 23: If passed, this would require dialysis clinics to have a doctor on-site during patient treatment times. It would also prohibit clinics from limiting certain services without the state’s approval. Clinics would not be able to turn patients away based on payment methods.

Prop 24: If passed, it would establish California Privacy Protection Agency to prevent businesses from using and/or exploiting personal information.

Prop 25: If passed, no one would have to pay bail to be released from jail before a trial. People would be released based on the chances of them committing another crime or not showing up to court if released from custody between the time of the initial arrest and first court appearance.

Measure A: If approved, this could allow a property tax increase in the city of San Diego to pay off bonds.

Measure B: If approved, an independent investigation would be required under circumstances where someone dies in police custody or after an interaction with law enforcement. Complaints about police officers would also be reviewed. The investigative commission would be independent from both the police department and the mayor. Reports would be made public.

Measure C: If approved, voters would only be able to elect the member of the school board from their sub-district. Currently there are five sub-districts, and during general elections, voters are allowed to vote on all five sub-district representatives even though they only occupy one of the sub-districts. All five board members make decisions impacting every school in San Diego.

Measure D: If approved, school board members would be included in city laws that create procedures for filling vacancies or removing elected officials from office.

Measure E: If approved, it will remove the 30 ft. height limit for buildings in the Midway District, allowing the possibility of new infrastructure in the area.