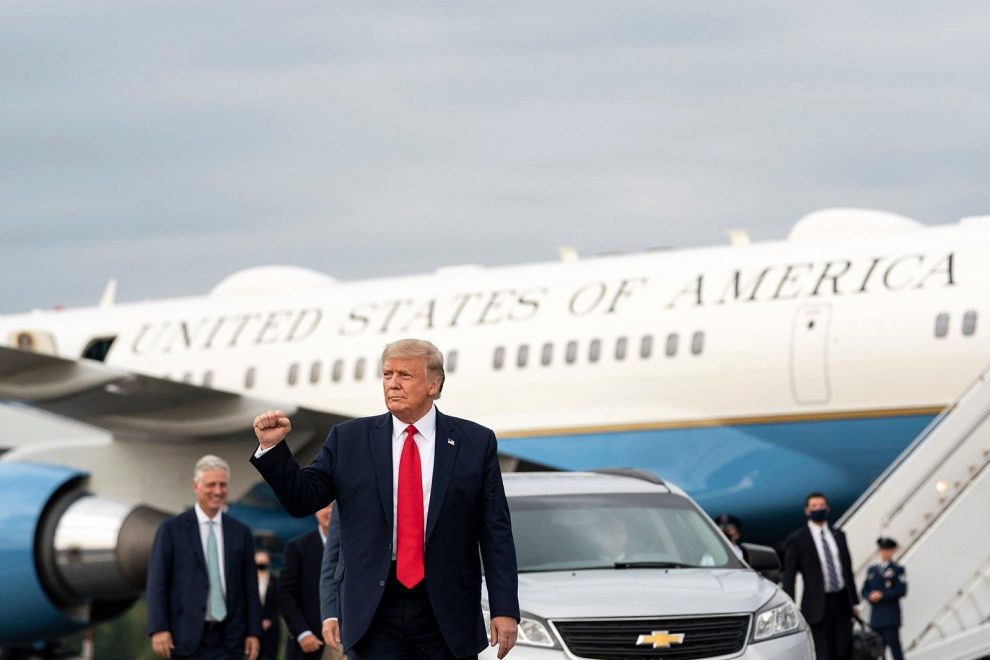 On Oct. 3, just days after the first presidential debate, President Trump was hospitalized after his COVID-19 diagnosis and subsequently declined to attend a virtual second debate, which was moved to an online format in light of his illness. On Monday, Oct. 12, Trump’s doctors announced the president tested negative on consecutive days. Since his diagnosis, social media has been ablaze with concerned, skeptical and enraged comments about the debacle.

Even though he has allegedly recovered, Trump’s diagnosis raised questions for the American public as this year’s election approaches amid the pandemic. Linda Beail, professor of political science at PLNU, offered her perspective in an email interview with The Point.

The Point: What does Trump’s COVID-19 diagnosis communicate to the American public?

Linda Beail: I don’t think it communicates a clear message. The president’s words and actions over the past 10 days, and the entire pandemic, have pointed in all kinds of different directions — from downplaying the seriousness of the virus or not observing precautions suggested by his own health officials, to telling the American people how serious it is and making many Americans (of all political leanings) fear for the president’s health. Now that he’s back in the White House and trying to get back out on the campaign trail, he seems to be dismissing the disease but also using it to show that he is strong and overcame it. It’s a potentially confusing narrative for a lot of Americans looking for clear direction.

TP: What about Trump deciding not to attend the virtual debate? How do you think this will affect his campaign?

LB: Well, political science research tells us a few things about debates: they are important, because they are some of the biggest and most-watched events of the presidential campaign.  But, they also don’t often change a lot of voters’ minds; rather, they tend to reinforce the information and impressions we already had.

In 2020, we are in a really polarized partisan environment where there don’t seem to be that many people left undecided at this point. Many Americans’ views of Trump, and of Biden, have been set for awhile, and the polls have been fairly steady all summer and fall, so one debate was probably not going to have a huge impact. But usually the candidate trailing in the polls is more eager to debate, because that person does need to change the dynamic of the race, persuade some voters to change their minds and shake things up with a new issue. It’s not so typical for a candidate that seems to be trailing in the race, as President Trump seems to be in many states, to opt out of a debate and miss that opportunity.

TP: Hypothetically, if either of the presidential candidates died from COVID-19 between now and election day, what would happen? How would voters be impacted? How might the election process change?

LB: This is a difficult one to answer, because ballots are already printed and voting is already happening. So these are the two candidates we are going to have, whatever might happen!

Part of the confusion is that elections are run by states, not the federal government, and they each run them a little differently and with variation in their rules and processes. Some states have rules about who their electors are pledged to that take this into account (for example, the ticket of Trump-Pence, so if something happened to Trump the votes would still go to the ticket, with Pence now at the top of the ticket). Others might have to pass a law or rule that whoever the Republican National Committee, or Democratic National Committee, officially designate as their new nominee, would automatically get those electors in the Electoral College (presumably Pence or Harris).

As far as voters — again, we are in a moment where partisan identity and polarization is extremely high, so many voters would probably not suddenly change their votes, but a different presidential nominee might energize or turn off slightly different parts of each party’s base. About 9 million Americans have already cast their ballots, so whatever twists and turns happen between now and Nov. 3, each day more people have already decided and voted.

What You Need to Know: Biden and Harris
College Side Hustles — A Kaleidoscope View of Opportunity