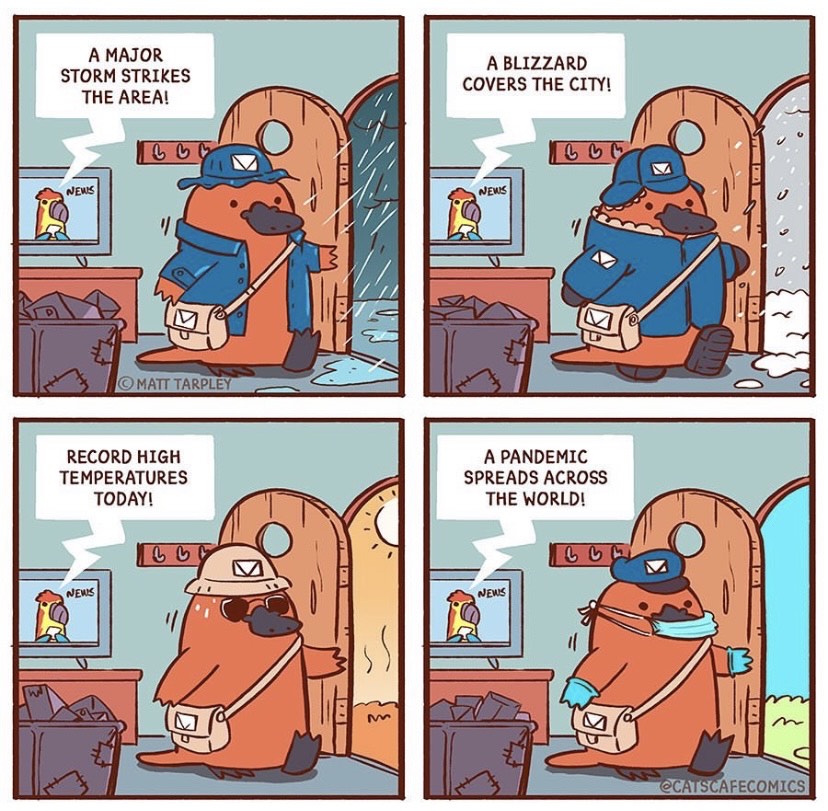 Election season is over after a record-breaking year of mail-in ballots. Amazon Prime Day, which was Oct. 13-14, also occurred during this time. To add to the pressures of the election, wildfires have been ravaging much of California. I understand why my neighborhood mailman seems tired and stressed.

So, are all USPS employees overworked during this tumultuous time?

It is hard to know without a direct USPS source. The Point reached out to San Diego’s USPS public relations correspondent, but they declined an interview with The Point. The correspondent said they wanted to restrict all inquiries and immediate requests to headquarters. Instead, they provided a website containing informative articles about the current state of postal services in California.

Back in September, four post office branches in Sacramento closed down due to the wildfires. This trend was similar to many other counties like Napa County, which had three post office closures. They reopened at the beginning of October, just in time for mail-in ballots. It is difficult to tell how influential these closures were in impacting residents’ ability to get their ballots submitted. In September, TIME magazine estimated that for upwards of “400,000 Californians living in areas under a mandatory evacuation order at some point during this year’s fire season, it’s unclear whether many of these residents will end up casting a ballot.”

Timely reopenings gave Napa and Sacramento residents postal resources in time, but one part of California remained without its normal postal services during election season due to wildfires. As of Oct. 27, Northwood, California was still impacted by the wildfires, according to the USPS site. Northwood residents could pick up their mail at their respective P.O. boxes within the station. However, “due to the Silverado Fire, delivery and retail services are currently unavailable at the Northwood Station Post Office.”

As far as Amazon Prime mail, President Donald Trump recently expressed scorching sentiments about the USPS’s relationship with Amazon. According to The Washington Post, Trump called the USPS a “joke,” and in April suggested it raise the price of a package by approximately four times. The Washington Post reported that this price increase would strain the alliance between Amazon and the USPS because Amazon may search elsewhere for cheaper package prices. However, in August, Trump threatened that if they did not increase prices, he would block congressional funding.

In addition to delivering Amazon packages amid election season, the USPS has also been pressured to change packaging prices for Amazon with a looming threat of budget blockades as the incentive. In a video with The Washington Post, USPS veteran Lori Cash addressed Trump’s comments and shared her take on how his actions cause dire concerns about voting.

Fires, Amazon packages and presidential pressures, oh my. It has been quite a year for the USPS. Next up: the holiday season and all the mail that will undoubtedly accumulate.

But to ease your conscience, Cash said in the video, “I feel very confident that we can handle the volume of mail. It is a lot of pressure on us to have to hold all these ballots in our hands and make sure they get where they need to go, but they are important just as every piece of mail we hold is important.”
Heed the words chiseled onto the New York City Post Office on 8th Avenue: “Neither snow nor rain nor heat nor gloom of night stays these couriers from the swift completion of their appointed rounds.”