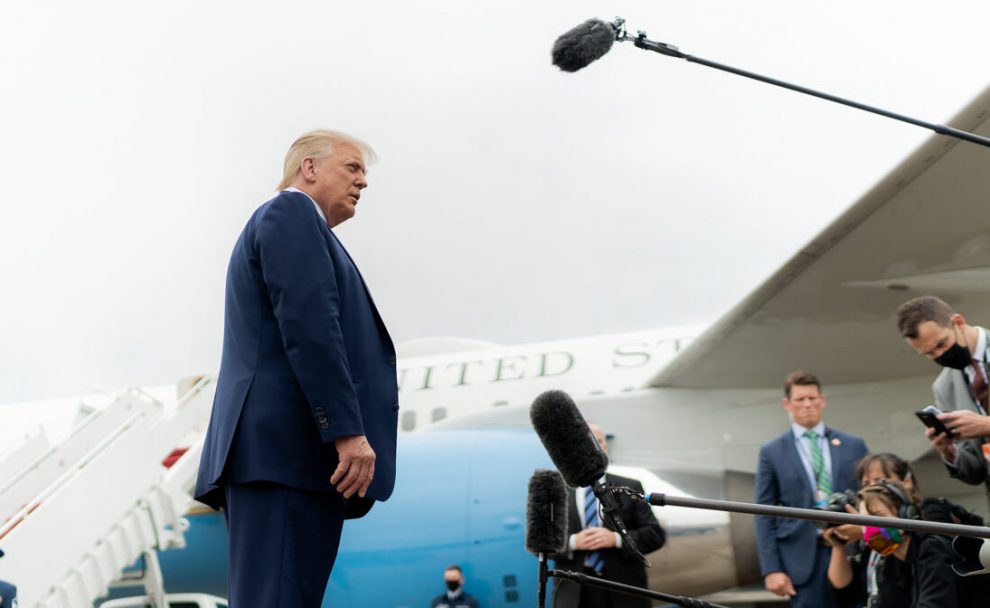 Christian Aguayo is a senior political science major at PLNU and the vice president of Young Americans for Freedom and PLNU College Republicans.

After one of the most divisive elections in my lifetime, it is safe to say Joe Biden will most likely be the next president of the United States. The only path to victory for President Trump at this point is through litigation, and that path to victory is not likely. Voter fraud happens in every election to varying degrees, but the Trump campaign must show that voter fraud was so prolific in several swing states that it tipped the scales in favor of Joe Biden. This is unlikely.

As this election cycle comes to an end, partisanship is at an all-time high, with a political climate so dense with frustration, anger and uncertainty it can be cut with a knife. It is clear to me that Americans’ goal in these upcoming months should be reunification; however, I am worried that some partisanship and ideology will make this difficult.

My first critique is addressed to my Republican and conservative peers. I have heard many right-leaning individuals describe this election as fraudulent and corrupt. I can’t entirely agree. As stated before, there was most likely voter fraud in this election, as there is in most elections, and I hope these allegations of voter fraud are investigated and corrected. To say that a few hundred or possibly even a few thousand (depending on the state) of inconsequential votes invalidate the results of the election is not true and unfairly hurts the legitimacy of elections in our republic.

I did not vote for Joe Biden, but I plan on extending him the courtesy of legitimacy that many on the left did not extend to President Trump when the American people elected him in 2016. I hope Republicans and conservatives overwhelmingly do the same.

After Joe Biden declared victory, he urged a call for unity while many in his party called for political revenge. Democratic super-star, Congresswomen Alexandria Ocasio-Cortez tweeted, “Is anyone archiving these Trump sycophants for when they try to downplay or deny their complicity in the future?”

All over my social media feed, I saw the sentiment expressed that half the country is racist for voting for President Donald Trump, or that you are a white supremacist if you voted for him. In The Point’s very own opinion section, fellow students have described “Trump followers,” whatever that means, as being in a cult and implicitly implying that a vote for Donald Trump is a vote against our nation’s democratic system.

Not only is demonizing half the country an excellent way for Democrats to continue to lose House seats, as happened in this election, but it is also morally corrupt.

It is becoming increasingly rare for people of one political persuasion to spend time and associate with people of another political persuasion. It was and still is mostly true that people with different political beliefs could go to a baseball game with each other and set aside politics for a few hours. They could do this because they both acknowledged that while they had different solutions for making the U.S. a better place, at the end of the day, they both wanted a better U.S.

As we wrap up one of the most divisive and contentious election cycles of our lives so far, I ask my peers to assume the best motives in one another, not the most malicious. I hope we do not see things through a lens of blind nationalism or caustic identity politics, but instead through a lens of altruistic patriotism in which we continue to look out for our neighbors and hold our government accountable.

USPS vs. Election Season, Wildfires and President Trump
Election 2020: A Week of Victory and Progress