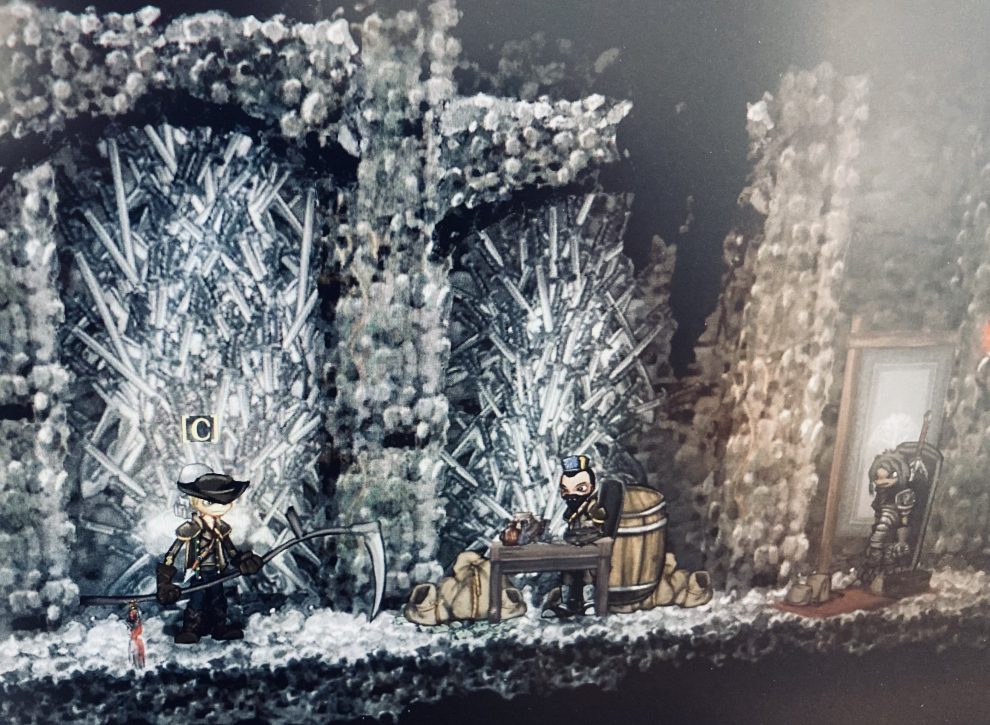 “Salt and Sanctuary” is a remarkably good game that slipped under the radar back in 2017. The gameplay revolves around themes of exploration, combat and boss battles, fixed as a 2D platformer. You play as a very generic silent protagonist, built around several generic fantasy archetypes (warrior, mage, thief, etc.) on a generic mission.

Your character is onboard a ship tasked with escorting a princess to a warring nation. However, pirates soon attack the ship led by a mysterious sea monster. The ship is destroyed and the character pledges to rescue the princess to stop an incoming war.

The first thing that struck me is the artstyle and how gray it really is. The game is often shrouded in a gray mist, and the castles, villages and sanctuaries are all the same bleak gray color. While it possesses all the warmth and emotion of an accounting firm’s break room, the color helps set a somber and lonely tone that haunts the player throughout the entire game. If you’re looking for a vibrant, energetic medieval game, I’d look elsewhere.

The combat design is where the game is at its best, utilizing a hack-and-slash element with light attack, heavy attack, dodge similar in feel with the “Dark Souls” series. You can utilize a multitude of weapons from swords and shields to two-handed spears and axes. These can be held either one-handed to utilize a shield, crossbow or a gun or used with two hands for greater strength and damage. There are also charms you can use to give your weapon a boost in attack or a magic damage type or attaching a mini lantern to help you see better. The starting classes allow you a base to build your character around; however, some are harder than they might appear.

One of the core mechanics of the gameplay is the Sanctuaries, where you heal, level up and change allegiances to different factions called Creeds. Creeds determine what type of items are in your store, and if a Sanctuary has the same Creed as you, then you can place vendors that sell a variety of goods and that’s it. Once you get the vendor that allows you to teleport to any other sanctuary, the mechanic stops being worthwhile and fades into the background. Here’s my tip for Creeds though: if you have a character that doesn’t rely on magic (most of them) get the creed called the Iron Ones, one of the two you can get immediately in the game, as they sell weapons and armor.

My last bit of advice is about the boss fights. While roleplaying games always have an emphasis on boss fights, a lot of them struggle to make them entertaining. Sadly, “Salt and Sanctuary” stumbles into the same pitfall. After a few boss battles, they follow the same repetitive pattern: boss has one or two attacks, you dodge behind them, they get to half health and add elemental damage to their attacks/add a single move to their attacks, they die, repeat process till end of game. It also becomes a game of “guess-the-elemental-weakness” as you progress further into the game.

Overall, “Salt and Sanctuary” is a satisfying game that can provide a meaty challenge and can keep even the most die-hard gaming fan on their toes.

“Risk of Rain 2”: Worth the Risk
How COVID-19 is Reflected in TV Shows