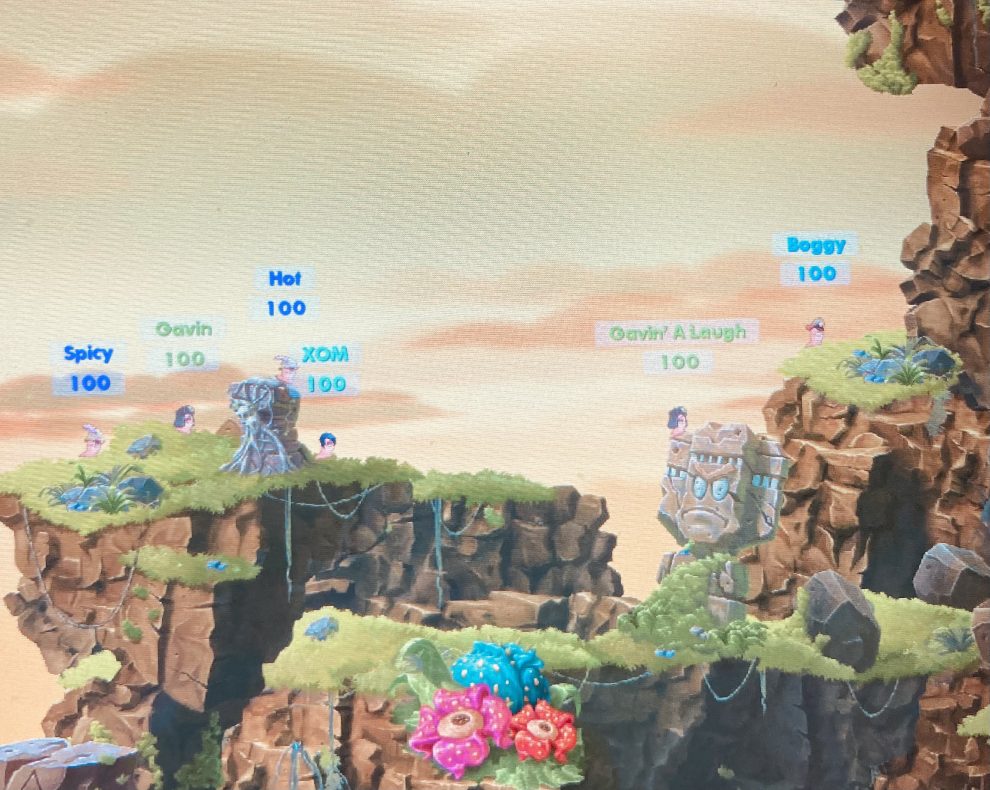 “Worms” was one of the great local co-op games (according to PC elitists) back in its heyday in the mid to late 90’s.  It hails from hard core strategy games that balanced difficult challenges with complicated physics and wacky fun all at the same time. Once games like “Halo” and “Call of Duty” came around, as well as the use of controllers rather than keyboards, the game became somewhat dead in the water. Fortunately, it has slowly carved its way back into the limelight, much to the delight of fans.

“Worms” is a game about careful positioning, taking risks and knowing when to shoot rockets and when to grab a blowtorch and dig straight through the ground hoping everyone forgets where you are as you try to figure out a new strategy. If anyone is sick of constant shooters like “Fortnite,” good news, this one’s for you.

The game is turn-based, with each person controlling a group of anthropomorphic worms and going one at a time. You pick a weapon, then choose an angle to shoot/ throw/punch with said weapon. The game is over when one player is left standing. There are a variety of weapons ranging from shotguns, machine guns and dynamite to more obscure weapons like the infamous banana bomb and flame punch. These all have varying degrees of usefulness, and hilariously no description on what they actually do. So, you can gleefully watch as your friends have no idea how to use the dynamite and set it off, only to realize they just dropped live dynamite and run away in a panic before it detonates.

The game is fun online and can allow for a decent amount of creativeness. However, when playing in person with a group of friends, the game opens itself up to psychological mind games, and different strategies present themselves. Half of the fun is spent talking to your friends face to face, and gambling on whether they take the bait of a new health kit or move up to a more defensible position. There are also the players who try to psychologically trick opponents or bluff them into attacking.

One of my roommates, Kam, proved to be quite dangerous in this regard. By that, I mean every time he would take a single hit of damage, he would pretend to pity himself, proclaiming how he wasn’t going to win. We believed this, and focused on each other instead. It wasn’t until we were all down to our last two heavily wounded, ammunition-starved worms, that Kam started raining down airstrikes and carpet bombs with his basically untouched army, while we mounted a desperate guerilla warfare styled defense with the military equivalent of a doggy tennis ball launcher.

I would also caution those with small TVs, as the text and inventory blocks are tiny and barely readable up close, so those with poor eyesight and/or dyslexia may want to stay away.

Overall, I absolutely recommend this game. The absurd physics and slow burn mentality leads to a lot of funny moments, and there were times we had to stop playing because we were laughing too hard. Worms can be bought on any platform and it goes on sale often. If you’re a math or engineering major, this recommendation goes double, and you can lie to yourself and claim you’re doing it for school.

Nick Cave & Warren Ellis: “Carnage” Review
Out of the Glovebox: “Jazz at Oberlin”