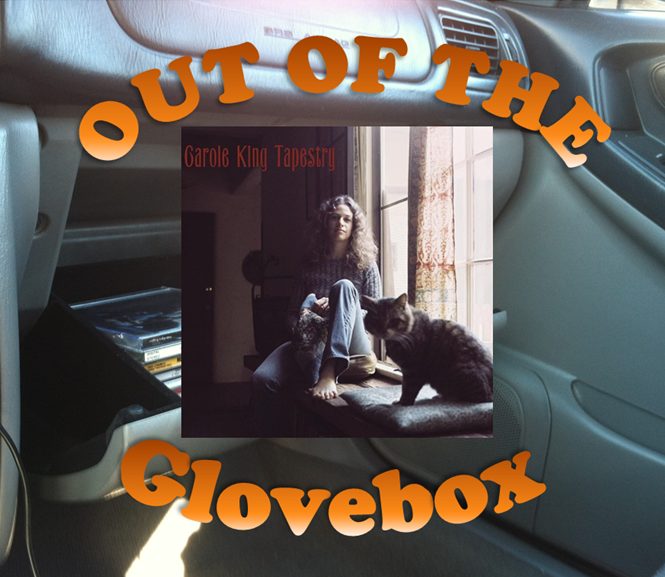 Tony Le Calvez is a senior literature major and the arts & entertainment editor at The Point. His “Out of the Glovebox” column focuses on highlighting both popular and obscure albums that shaped the “carseat” experience of him and his friends.

This summer I saved every paycheck from my job and spent every penny of it on my first car. While some people’s first instinct is to name their car or slap a sticker on the back, the first thing I wanted to do was fill my glovebox with my favorite CDs.

I went CD hunting at all my favorite used CD stores and found a lot of worthy nominees to fill that esteemed space, but the album I knew I had to have was Carole King’s “Tapestry.” Released in 1971, this album has layers upon layers of songwriting and creative choices to be analyzed, and what space could be better for that than the daily drive?

“Tapestry” feels like a warm blanket on a cloudy day or a hot cup of coffee on the couch. The instrumentation is intimate and the lyricism is inviting, cozy and incredibly sorrowful. On the first listen it’s easy to write it off as melancholic and introverted, which it is, but there are so many little pieces and variations scattered throughout the track list that elevate and complicate its composition.

The first track, “I Feel the Earth Move,” is uncharacteristically danceable for this album. Followed immediately by the somber and despairing “So Far Away,” the first track feels out of place and misleading. The piano driven, early rock n’ roll ambiance doesn’t fit the folk and homey aesthetic of the following tracks, but that’s the magic of it. Undercutting a fun opener with a sad track sets up a bizarre dichotomy of emotions that pulls in the listener. Is this going to be a fun album? A sad album? You have to keep listening to find out.

“It’s Too Late” further complicates the tone by combining an uplifting sonic design with more melancholic lyrics. Centered on a failed relationship, they lyrics woe upon two lovers that try to keep their love together but it ultimately falls apart. All this is sung on top of a dainty melody and a lively piano accompaniment.

For a while the tone remains consistent and the lyrics become enriched with deeper forlorn lyricism. Back-to-back songs get introverted and sorrowful, reminiscent of days long gone, love and loss, and the unwavering inevitability of loneliness. The intricate lyrics of “Home Again” are rife with word play: “snow is cold, rain is wet, chills my soul right to the marrow, I won’t be happy till I see you alone again.” The obviousness of snow being cold, rain being wet, contrasts with the conflict between being happy to see someone, but only if they’re also stricken with loneliness.

If I had to find one fault with the album it’s the inclusion of the song, “Smackwater Jack.” It’s a funny song, it’s lighthearted and breaks up the melancholia, but it clashes with the tone of the rest of the album up to that point. Especially since King flexes her storytelling on “Tapestry,” the following and eponymous track. Other than that, the album finishes strongly with “(You Make Me Feel Like) A Natural Woman,” a song King originally penned for Aretha Franklin. The brilliancy of the songwriting shows how differently King can perform the song and yet still get so much emotional delivery from it.

“Tapestry” might not have the most variety in terms of tone, aesthetic, or instrumentation but it thrives in creating an emotional connection through its energy and its deeply emotive song-writing. Its ability to draw in its listener, capture their attention and surround them in its atmosphere earns it a permanent place in my glovebox, regardless of it being my first car or my last.