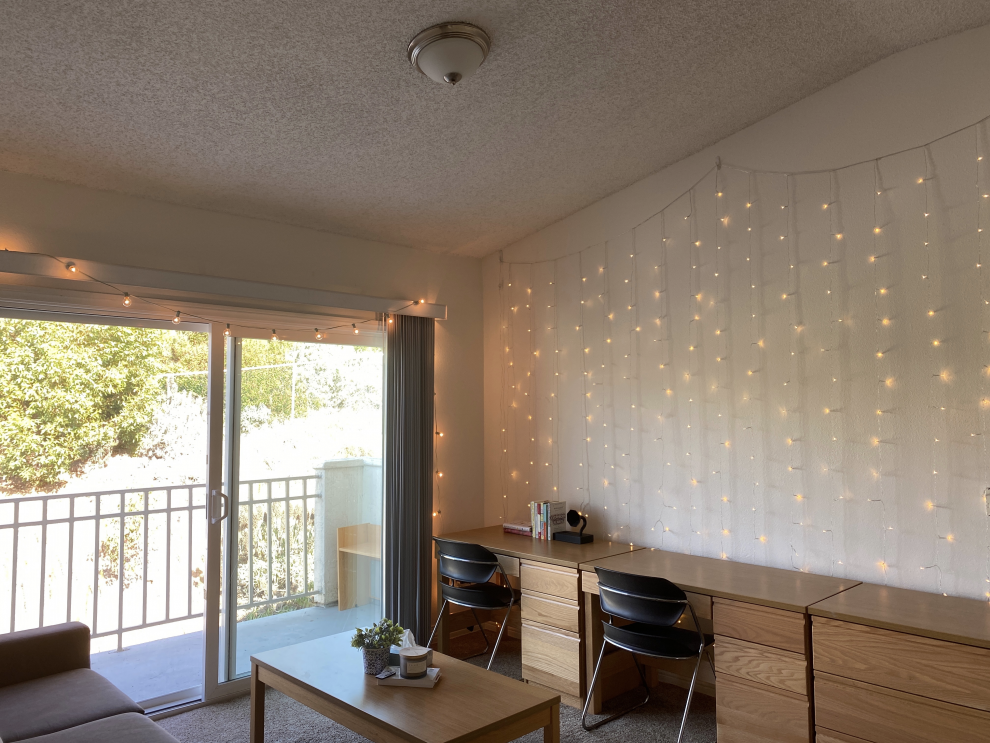 Although hopes were high for an in-person return, PLNU finalized the fate of their students with plans to begin the fall 2020 undergraduate semester remotely. This meant online courses, a closed campus and very limited housing. Despite a mere three-week window of time and the potential expenses of off-campus housing, many out-of-state students have nonetheless made their way back to San Diego.

Junior political science major Rachel Maxfield was supposed to be a resident assistant (RA) for Young Hall this year but with no residents to assist, she had no place to stay. Then, PLNU told RAs to be ready to move back to campus in the event of reopening, which put the Washington native in a tough spot.

“It’s probably because I was one, but I was really sympathizing with RAs,” Maxfield said. “Our housing was promised to us for the next whole year and to have that suddenly taken away left us thinking, ‘What are we supposed to do?’”

Maxfield hails from Yakima, a rural area in Washington state, where she wouldn’t have access to wifi, rendering online classes virtually impossible. Considering the places she could go, Maxfield felt the only thing that made sense was to return to San Diego.

“That’s where all my community is and where all my friends are going to be,” she said. “I feel like in order to thrive spiritually and emotionally during this unprecedented time, being near my community was really important to me.”

Although the prospect of going from free room and board to monthly rent was daunting, Maxfield nonetheless reached out to everyone she knew in San Diego, from church connections and local friends to babysitting contacts. Through the Point Loma Nazarene University Connections Facebook page, she was able to find a month-to-month housing situation in Del Mar assisting an elderly woman.

For some students, it wasn’t just the physical distance that made learning from home tricky but the time difference as well. Leanna Thesken, a junior media communication major from Kaua’i, faced this very problem at the end of last spring semester, when things shifted to virtual learning.

“I would have a class at 5 a.m. Hawai’i time, and it wasn’t really accommodating,” she said. “I just didn’t have a good learning environment at home with a lot of things needed to do [for] online school.”

When she first received the news that campus was closed, Thesken recalled being stressed and unsure of what to do, as she was scheduled to fly out the next week. So, when the housing department sent out an on-campus housing application, she jumped at the opportunity.

“I filled [the application] out online, and I heard back within a couple of days,” she said. “But it was in those couple of days that I was stressed out.”

Thesken shares an apartment with one other student but has a room and bathroom to herself. According to an email from Kayleigh Hofer, assistant director for Residential Life and resident director for Flex Housing, some new COVID-adjusted rules for on-campus living include daily temperature checks and symptom screenings. Visiting restrictions are also in place, like no overnight guests and only PLNU residential students allowed in the rooms.

Some students haven’t even seen campus, or San Diego for that matter, since fall of last year. Senior international studies major Emily Thomé was studying abroad in Jordan when COVID-19 hit and she was forced to return to Portland, Oregon. Although she had gone back and forth about where she wanted to be living come the start of fall semester, she eventually decided to make the move down to San Diego.

“I hadn’t seen the cliffs or my friends or been to my home church in San Diego since 2019, which just felt crazy to me,” Thomé said. “I think that if I stayed in Oregon for another four months, I don’t know if I would be able to continue investing with the intentionality that I want in the friendships and relationships I have down here.”

After sifting through nearly three dozen responses to her social media post about potential housing, Thomé found an apartment in La Jolla with two other students from PLNU, and it’s no less than what she envisioned.

“I feel like every day I’ve been surrounded by the people I came here to be with, whether it be surfing or hammocking or grabbing coffee,” she said. “Being close to those people just kind of reaffirmed that this was the right choice, and I am in a place that gives me life rather than a place that I feel is stagnant.”

From Studying Abroad to Studying at Home
Is Loma Online Worth It?