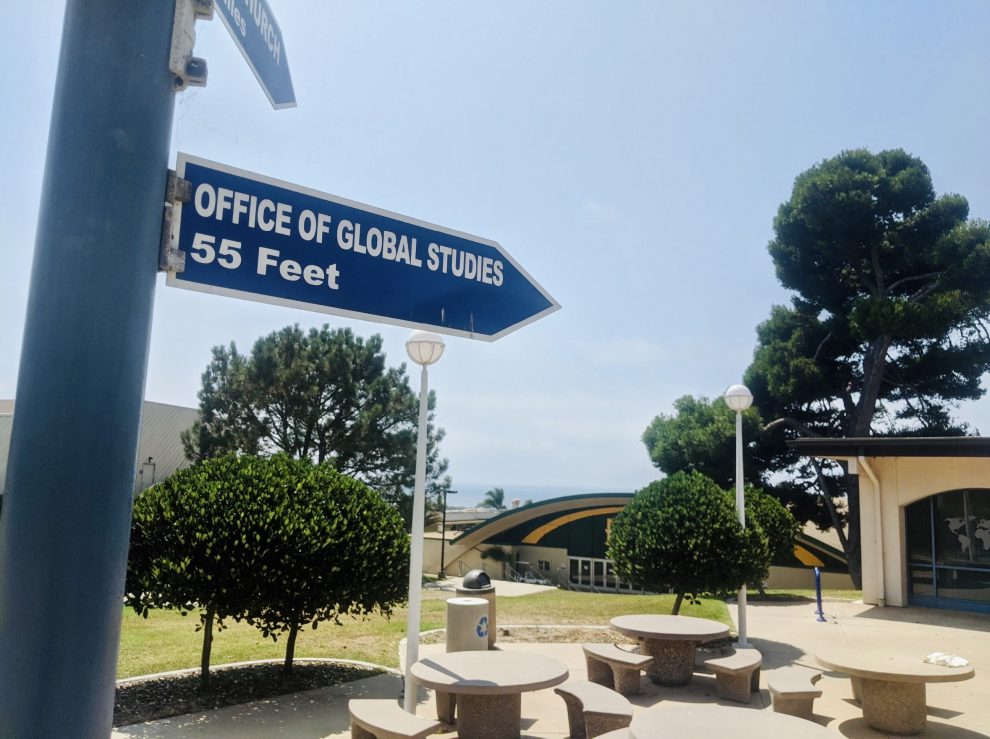 In March, when students who were studying abroad received notice that they would have to abandon their time overseas due to the rising pandemic, the future of travel instantly became uncertain. Now, in August, international travel is practically nonexistent and students who would have been learning at universities 5,000 miles from home are now taking online classes from their high school bedrooms.

A pivoting world in the midst of COVID-19 led to many changes close to home, including the temporary closure of PLNU’s Office of Global Studies on July 6. In an email to a number of PLNU’s academic advisors and faculty members, the OGS staff — Kathy McConnel, Sandy Soohoo-Refaei, Diana Meza-Ehlert, Christina Corbin and Summer Ortiz — announced that due to the “uncertainty of the travel situation for the coming months and the financial situation of the university, the administration decided to suspend the office’s operation. Hopefully, once things have improved, the office will reopen again.”

Students and faculty may hope the same, but some upperclassmen who planned to study abroad this semester are wondering if OGS will be able to resume operations before they graduate. Anneliese McBride, junior international peace studies major, is one of them.

McBride was going to study abroad in Seoul, Korea this fall and graduate in December 2021. However, her academic adviser was skeptical of that possibility.

“It’s all super up in the air. I’m probably going to end up picking whether I want to study abroad or graduate a semester early,” McBride said.

It is possible that McBride can work directly with other schools and programs internationally to have some kind of study abroad experience, but she explained she would miss the support and guidance OGS provides for PLNU students. Despite her disappointment, McBride acknowledged this was PLNU’s only option for the semester.

Micheal Gartland, a junior environmental science major who was signed up to study in Scotland this semester, appreciates everything OGS did for PLNU students amid the pandemic.

According to Gartland, OGS was communicative and available throughout the summer, sending frequent updates about study abroad programs. Once it was clear that international travel would not likely happen in August, OGS announced they would delay the start of the trip to Scotland one month.

“Obviously, [the university’s] first priority is safety,” Gartland said. “Pushing it back from August to September to start I think was just one of their last-stitch efforts to try and keep the study abroad active. All in all, it sucks, but I think it was the right move for them to cancel.”

Dr. Kris Koudelka, the faculty member who was supposed to lead Gartland’s trip to Scotland, worked with OGS to try and make the trip happen for his students. Although it was a difficult decision to make, once they realized the world would not be ready to receive American travellers by the start of the semester, the “Experience Scotland” trip was officially cancelled.

“When do you make that final decision to allow students to pivot and when do you keep holding out hope? There’s no right answer,” Koudelka said.

Nevertheless, there were factors beyond the probability of international travel that led to the suspension of the trip, including the quality of the experience during this time.

“How effective was this study abroad going to be?” Koudelka said. “You get somebody there, but then they’re basically quarantined there, that’s not really study abroad…that’s quarantine somewhere else.”

At the end of the day, McBride is glad she isn’t in Seoul this semester because she agrees studying abroad during the COVID-19 crisis wouldn’t be worth it.

“Even if I study abroad next year, I don’t really expect to get the fullest study abroad experience,” McBride said. “In my mind, that is off the table as an option. But who knows, maybe we’ll get a vaccine.”