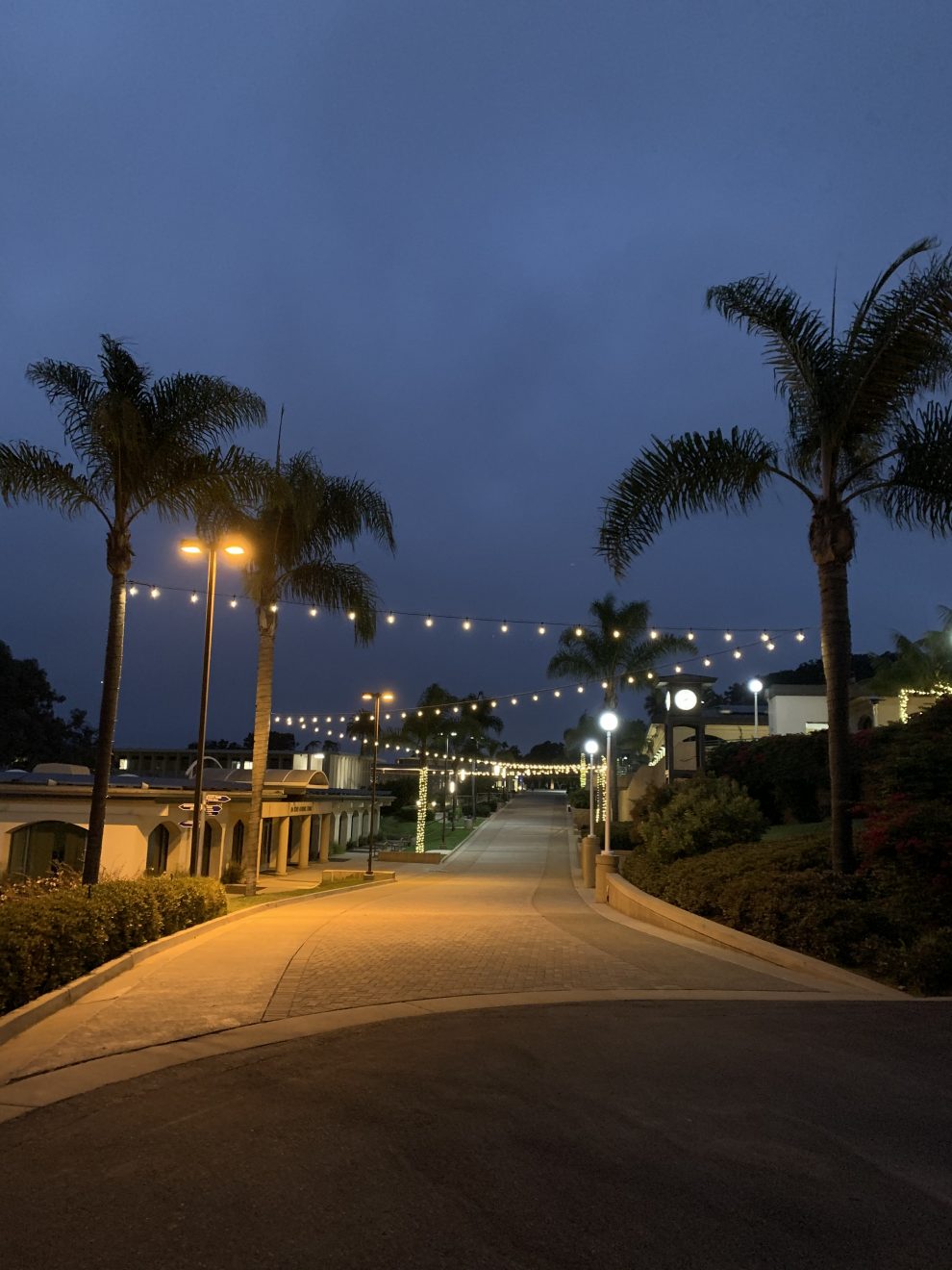 What could you do with $35,000? You could almost buy a 2020 Tesla Model 3, which goes for $36-$39k. You could pay for all four years of tuition at SDSU — currently $7,500 a year — and still have some money leftover for textbooks. You could complete three out of four years at UCSD with a yearly tuition of $11,400. But if you’re reading this, chances are that money is going straight toward an online year at PLNU. In the past, students at PLNU had all kinds of reasons to justify this spending: living on the beach, the amazing community and the chicken at the caf that’s definitely not pink. But as we continue to move forward in these uncertain times, the question arises: “Is Loma online worth it?”

Most students were not thrilled once the announcement came via email that classes this semester would be completed online. Scott Shoemaker, associate vice president for enrollment and retention, said his job of getting new students enrolled “was no picnic.”

Shoemaker explained that many incoming freshmen chose to instead go to community college this semester and attend PLNU next semester. Nevertheless, Shoemaker said PLNU is only 50 students away from reaching their max capacity of 2700 students, but that this is not to say all these students are happy about the situation. In fact, Shoemaker said most students expressed their frustration with being online.

Carson Buol, junior managerial and organizational communication major, is one of these frustrated students. He said he personally would not have stayed with PLNU if he hadn’t been approved to live on campus. One of the reasons for Buol’s annoyance comes from his belief that you get a better education in a classroom setting than an online setting. When in a classroom, students can retain information better, ask “real” questions and connect with other students, Buol said.

Buol is of the opinion that “it’s not worth it right now to be going to school during this pandemic… take gap years, take GEs at community colleges, work, save up. I just don’t think you’re getting a quality education online.”

So, why not jump ship and attend “Zoom University” somewhere else to save a few bucks? Buol wants an incentive in order to keep him at PLNU, whether it be a higher tuition discount, free textbooks or anything to make the transition to online a little easier.

Vivian Wallace, who went through Arizona State University’s online program for her undergraduate studies, brings in the perspective of both a former online student and a current teacher with her secondary credentials. She spoke on the plight of the teachers and some professors who are barely paid enough to live on as it is. If tuition was subject to big enough cuts, eventually the educators will be affected by it, she said.

However, it’s not just the teachers who are in a tough spot. Students who want to go elsewhere for school may want to reconsider, Shoemaker said. According to Shoemaker, both faculty and advisors are warning students who are considering leaving about “the consequences of withdrawing from a core sequencing standpoint, from a losing your scholarship kind of standpoint.”

Maybe transferring isn’t the best option, but you still want to save money. Would a gap year be the next best move? Shoemaker said some continuing students decided to withdraw from PLNU either temporarily or until further notice. And who can blame them?

“College isn’t as much about the information you’re learning than it is about the skills you gain along the way,” Buol said.

Wallace says that, from her experience, it’s the slackers, procrastinators, and those who aren’t self motivated who struggle with online learning.

If taking a gap year doesn’t sound appealing, it appears pressing forward is the only other option. However, this may not be as bad as it seems. According to Shoemaker, PLNU faculty has undergone a lot of training over the summer and the school invested in more technology in order to make this semester a more robust experience. Although the scrambling of the spring semester left many students frustrated, Shoemaker said to expect an experience that is now tailored for remote learning— including a workload that isn’t overwhelming and more small group experiences on Zoom. Wallace offers her advice to communicate with professors to work through any hardships students may have.

“This is an emergency situation,” Wallace said. “Ride it out. Things will get better.”