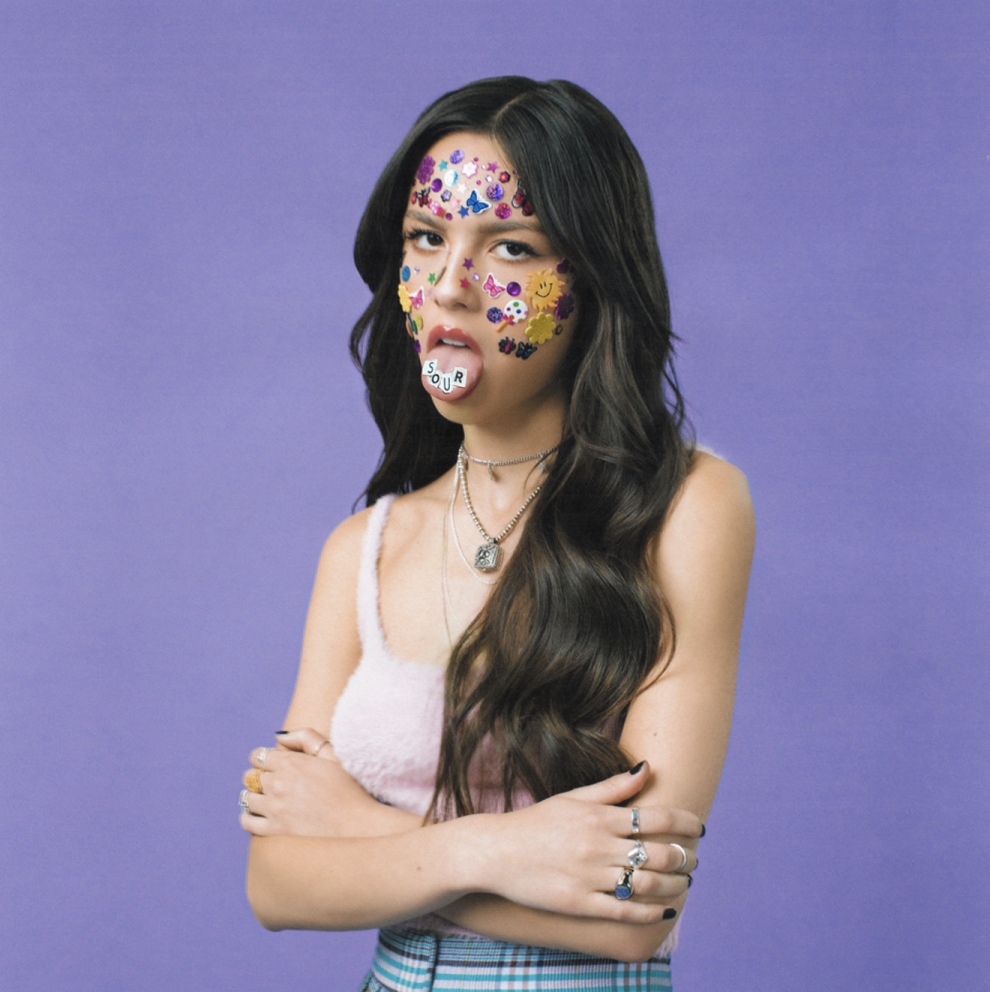 Olivia Rodrigo’s album “Sour,” released on May 21, takes you back to being 17 years old and going through a breakup. The album is honest about Rodrigo’s personal feelings and the lyrics revolve around the idea of doing something with your partner but then suddenly doing it all alone. It has beats of pop-punk that balance out the sadness, which makes the sound unique. The album has 11 songs, including the top two trending singles according to Billboard, “Traitor” and “Drivers License.”

Rodrigo’s big break was on the Disney+ series “High School Musical: The Musical: The Series” where she played the lead role of Nini Salazar Roberts. While filming, she wrote “Just For A Moment” with her co-star Joshua Bassett, and that song was sung on the show in 2019. Two years later, she released her debut single “drivers license,” which took off on TikTok. According to Genius, “The song eventually represented the best start Olivia could ever imagine for her career, establishing a new streaming record twice on Spotify and climbing directly to No.1 on the Billboard Hot 100 chart thanks to a record-breaking debut streaming week.”

Although Rodrigo is only 17 years old, she takes relationship observations to the next level and brings to life the kind of scenes that replay in your head. For instance, on “enough for you” she sings, “I wore makeup when we dated because I thought you’d like me more. If I looked like the other prom queens I know that you loved before.”

My favorite song is “1 step forward, 3 steps back.” While listening to Rodrigo’s song, I noticed it had hints of Taylor Swift references. For instance, the melody from Swift’s song “New Year’s Day” was interpolated instead of being sampled. According to Variety, Swift and producer Jack Antonoff gave Rodrigo permission to use that sound. Additionally, this specific song reminds me of the romantic love songs Swift is known for like “You Belong With Me” or “Red,” which take the lyrics in the songs and transform them to have a deeper meaning. This song focuses on Rodrigo coming of age and learning to heal after her first breakup while also discovering self-love. It has a whisper-like tone and a blend of Rodrigo’s sweet voice that balances the whole track out.

I loved how Rodrigo’s music videos emulate all aspects of creativity and envision scenes that are simple but unique. During a video interview with Billboard describing the behind the scenes of her music video, Rodrigo said, “I actually filmed all these projections on an iPhone with one of my best friends. I thought it would be cool to use projections as a way to signify the memories that keep running through this girl’s head as she’s going through this heartbreak.”

Her style has a 1990s twist mixed with a punk vibe. For instance, in “drivers license,” she is driving in the suburbs, which reminded me of a scene from the Netflix show “Stranger Things.”

The album “Sour” is my go-to dance playlist when I want to scream my head off or just vibe with the words. I definitely recommend giving the album a listen and watching the music videos. My hope is that Rodrigo continues to flourish as a young artist and actress.