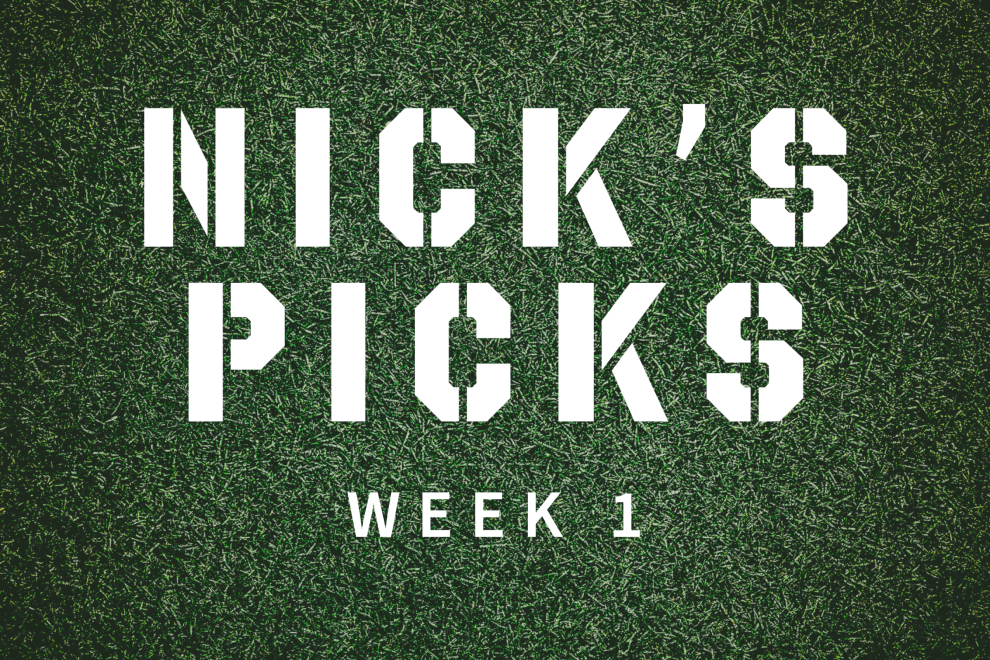 Chances are you’ve made your way to this article because we are just hours away from the first official game of the football season. To make matters worse, your neighbors in your hall or friends at work convinced you to sign up for a Fantasy Football League that you have no idea how to navigate. There’s so many positions with unfamiliar names, and, according to your neighbors or co-workers, one player you drafted is going to have a great game but the other player is projected to be awful. Most standard Fantasy Football formats require you to start a quarterback, two running backs, two wide receivers, a tight end, and an extra offensive player called a “flex.” Luckily, I’m here to provide you with all the fantasy advice you need to help you find some under-the-radar or “sleeper” players who can make all the difference for your team.

With the NFL preseason officially wrapped up and opening night just around the corner, there is a good chance you still have some lingering questions regarding your fantasy football lineup. For those in 12 team leagues, the talent on the draft board slips away relatively quickly and leaves some without a reliable player at their quarterback or flex positions. For this week’s picks, I’ll be going over a few under-the-radar offensive weapons that could give you the upper hand and deliver a surprise performance.

When it comes to sleeper picks, top-ranked quarterbacks including Josh Allen, Justin Herbert and Patrick Mahomes aren’t worth mentioning since they should be starting in all leagues. However, for those who are in “two-quarterback” leagues or don’t have a top-ranked quarterback in their roster, here are some potential pickups for week one.

The second-year quarterback out of Jacksonville played his rookie season with few offensive weapons to work with. The Jaguars’ front office brought in receivers for Lawrence to throw to this season, and with running back Travis Etienne back from an injury that sidelined him all of last year, look for Lawrence to ramp up his production. It’s worth mentioning, too, that the Commanders, Lawrence’s week one opponent, surrendered the most fantasy points to quarterbacks last season.

Throwing Mayfield in your lineup opening week is much more of a risk than Lawrence; however, a revenge game against his former team makes this an intriguing matchup. Regardless of how bad Mayfield may want to get back at his old team, Cleveland’s defense is capable of keeping him in check. This is a boom or bust option in Mayfield, but the prime position he is in to get revenge on his old team places this quarterback in the sleeper conversation.

Coming into week one, fantasy managers who drafted Gibson were running the risk of seeing rookie Brian Robinson collect the majority of the touches in Washington’s backfield. Robinson, who was the victim of an armed robbery outside of DC that required him to get surgery for two bullet hole wounds, is in no rush to return to the field. This opens the door for Gibson to establish himself as the clear lead running back for the Commanders. Look for Gibson to receive plenty of action in week one.

Putting your trust in a rookie who plays for one of the worst teams in the league feels like an unwise decision, but further under the surface, starting Pierce at the flex position could be a difference maker. Houston’s offense is nearly weaponless, meaning the Texans will have no choice but to turn to Pierce throughout the game. Pierce has major upside and if your flex position is looking shaky, the rookie back is a viable option.

When it comes to filling your flex position, turning to a running back usually feels like the safer bet considering they tend to put up more points per game. With this in mind, there are still some receivers outside of the top 30 in rankings who could provide fantasy managers with impressive numbers to begin the season.

Smith-Schuster’s lackluster 2021 season shouldn’t keep you from trusting him this season. Many fantasy managers will fall victim to the negative recency bias surrounding Smith-Schuster; however, it gives many the opportunity to utilize the receiver as a flex option. The wide receiver is also receiving a major upgrade in the quarterback position as he now catches passes from Patrick Mahomes instead of an aging Ben Roethlisberger. It’s also worth noting that Kansas City lost their top wide receiver in Tyreek Hill this offseason leaving Mahomes no choice but to turn to his new receiver Smith-Schuster.

After playing in Davante Adams’ shadow for years, Lazard has become Aaron Rodgers’ first receiving option in Green Bay. We’ve all seen how Rodgers can elevate his receivers to the next level and there’s no reason to believe Lazard won’t benefit from Rodgers too. Until Lazard proves he’s not the wide receiver one in Green Bay, he’s a valuable asset at the flex position.

Thanks for reading this week! Stay tuned for next week where I’ll discuss the surprises and disappointments of week one and share my picks for week two.