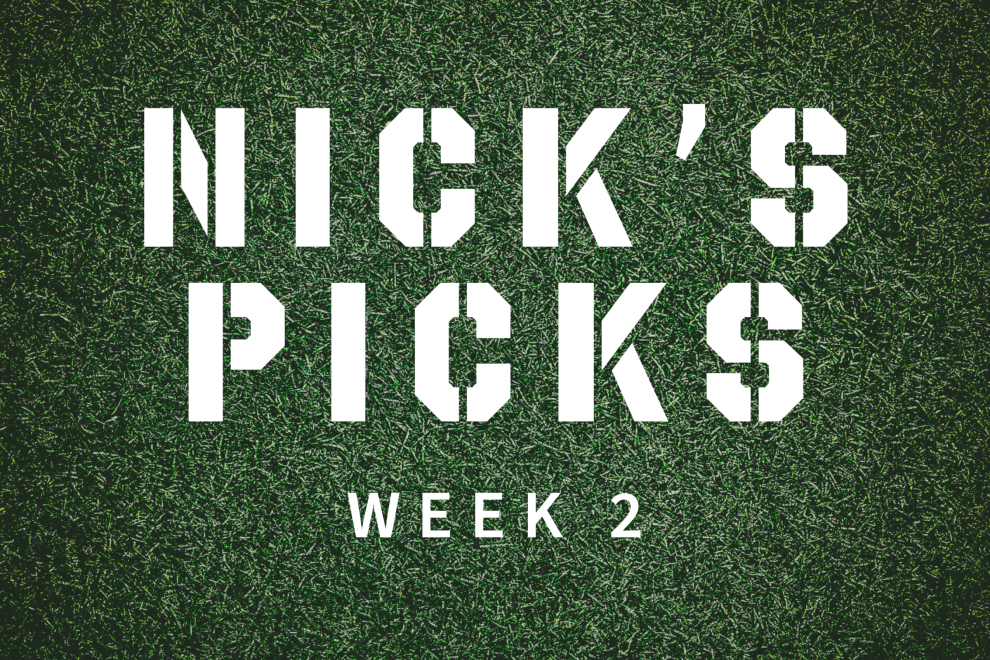 Week one of the NFL season has officially concluded, and it is already time to prepare your fantasy football lineups for week two. In just one week of play, we’ve seen a handful of players emerge as potential breakout stars that could fit right into your lineup. Not only have some players already shown signs of being major point producers in the coming weeks, but with star players across the league already out with injury, the door has opened for lesser-known players to earn more playing time. With all that being said, Week Two’s fantasy advice will focus on players who have a chance of taking on a more significant role this Sunday.

Last week Trevor Lawrence (13.4 points) got off to a slow start but wrapped up his game in an encouraging way. As he gains confidence with his new wide receivers, look for him to have slight value. Baker Mayfield (18 points) had a better game than Lawrence, but still looked a bit out of sorts. He was able to add a rushing touchdown to his statline though, which can be extremely valuable for quarterbacks.

Carson Wentz (vs. Lions): Wentz’s stellar Week One performance leaves him third in fantasy points, sitting behind Patrick Mahomes and Josh Allen—arguably the two best quarterbacks in the NFL. This explosive start to the season came against one of the worst defenses in the league; but, nevertheless, Wentz still shone in his first game with Washington and rewarded the few managers that had him in their lineup with huge points. He has another favorable matchup, and is currently rostered in only 17% of ESPN fantasy leagues. It would be smart to snag him before it’s too late.

Jameis Winston (vs. Buccaneers): After a near picture perfect Week One performance, Winston, who is only rostered in 36% of ESPN fantasy leagues, should be on everyone’s radar. His Week Two matchup against Tampa Bay is far less favorable than last week’s matchup versus a weak Atlanta team. However, Winston’s instant connection to receiver Michael Thomas provides him with plenty of upside. Winston is also facing the team that drafted him back in 2015, and who doesn’t love a good old revenge game?

It’s safe to say Antonio Gibson (20 points) was a hit last week. Washington’s injuries in the running back department forced them to turn to Gibson, and he capitalized on the increase in playing time. Dameon Pierce (4.9 points) wasn’t as huge of a hit as Gibson. The rookie’s first NFL game was uneventful as his coaching staff relied on their veteran running backs to handle the majority of the workload. As Pierce becomes more acclimated to the NFL, look for him to find more action and produce more points.

Jeff Wilson Jr. (vs. Seahawks): It feels like every year we find ourselves calling Jeff Wilson Jr. the guy you must pick up on the waiver wire. Once again the 49ers lead running back has gone down with an extended injury, and Wilson will be called on to fill that role. We saw how he flourished in the lead back position when it was his during a handful of games last year. If you are in need of a flex this upcoming week, Wilson is available in 97% of ESPN leagues and will see plenty of action versus Seattle.

Khalil Herbert (vs. Packers): Unlike the other running back “sleepers” we’ve picked in the past, Herbert still isn’t considered the lead back for the Bears. There is a major risk-reward factor when it comes to Herbert, but he has great upside. He was used much more than fantasy managers expected in Week One, and if he continues to improve, the Bears will have to split the touches in the backfield between Herbert and his counterpart David Montgomery. It’s worth mentioning that Herbert found the endzone in Week One, unlike Montgomery, but for the time being Herbert will still fall under Montgomery on the depth chart.

After the Chiefs collected six touchdowns last Sunday, you’d think hopefully one of those went to Week One’s “sleeper,”JuJu Smith-Schuster (11.9 points). Unfortunately, Smith-Schuster was one of the Chiefs’ receivers left out of the touchdown party, but look for him to remain a consistent target in Kansas City’s offense. The other “sleeper” in the wide receiver department, Allen Lazard, was injured just days before the game when his foot was stepped on in practice. He remained “doubtful” up until Saturday but ultimately didn’t suit up Sunday. Keep an eye on Lazard in the coming weeks considering his quarterback Aaron Rodgers seemed dissatisfied with the receivers he had to throw to without Lazard playing.

Sterling Shepard (vs. Panthers): A 65-yard touchdown pass caught by Shepard in the third quarter definitely saved his statline for Week One considering he only caught one other pass in the game. However, the other New York receivers severely underwhelmed, which gives Shepard the chance to reclaim his role as the lead pass catcher for the Giants. He’s been productive in past years, and if his teammates prove they can’t be relied on, Shepard will be targeted heavily soon again. Even if he doesn’t fit in the flex spot for your team this week, Shepard is valuable to stash on your bench if he potentially becomes the Giants’ go-to receiver in the next few weeks.

Curtis Samuel (vs. Lions): The Washington Commanders seem to have a team full of “sleepers” as Samuel joins Gibson and Wentz as players from Washington to be included in our list. Samuel enjoyed a stellar Week One, catching eight passes and a touchdown from fellow “sleeper” and teammate Carson Wentz, and he is slated for another productive week. His rookie teammate, Jahan Dotson, was another completely acceptable “sleeper” pick this week after he caught two touchdowns from Wentz. However, Dotson is already taken in 56% of ESPN leagues compared to Samuel only being rostered in 9% of leagues. Samuel also gets involved in the running game, which gives him the chance to gain you fantasy points in the air and on the ground. He has a highly favorable matchup this week in Detroit, and is a great flex option heading into Week Two.

Thanks again for reading this week. We’ve got a long season ahead of us but hopefully one of these “sleeper” picks could potentially become your new go-to guy on a weekly basis. Stay tuned for next week where I’ll discuss more “sleeper” picks, and we’ll identify players that either need to stay in your lineup or be taken out before it’s too late.