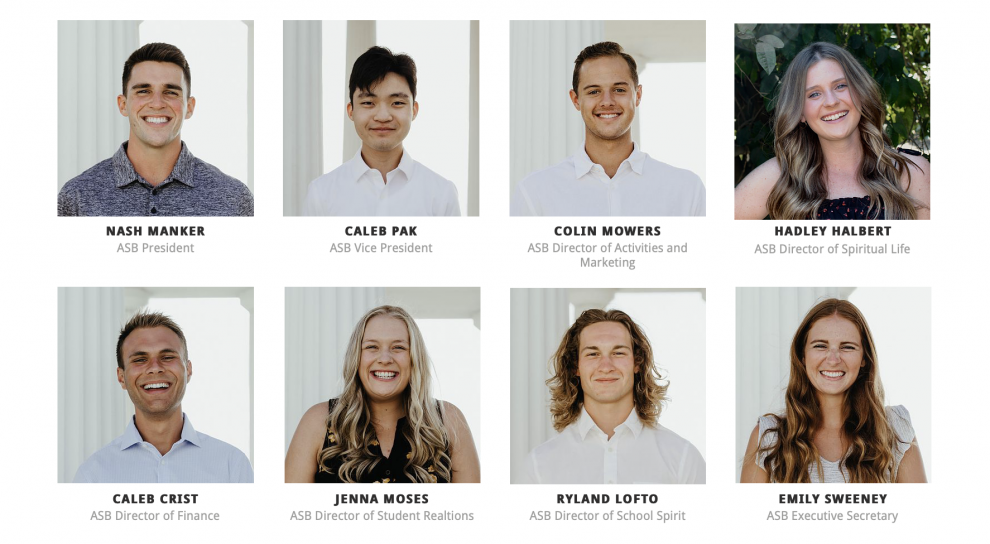 ASB President Nash Manker hopes to add a new director position to the current ASB board of directors in spring 2021. Manker requested the title of the potential new position be withheld until it is officially announced for spring elections.

To create a new board of directors position, Manker has to consider removing a current director, or transferring them to another area of the university. This work consumed most of his first semester as ASB president.

If all goes according to plan, Manker will implement the new position in spring. The process of adding a new director requires a constitutional amendment, which all eight directors must agree on, and two-thirds vote from the student body, according to Scott McGowan, advisor to the ASB Board of Directors. McGowan said in an email to The Point, “The true approvers aren’t the Board of Directors nor Senate nor university administrators, but you as a student body.”

Right now, Manker is focused on getting all eight directors on the same page. He described the board of directors as very diverse in thought.

“Everyone has a difference of opinions,” Manker said. “There’s been unexpected pushback that I’ve received, and there’s also expected pushback and then unexpected support. So it has been challenging, but I know the work is great and my heart is still with that work, so I know it’s the right thing.”

Manker is also examining how a new director would shift the current board positions. He said adding a ninth director would mean an additional stipend and office, which costs more for PLNU. Thus, the new director position remains contingent on removing or transferring a current director. Manker said that’s the toughest part, because the significance of each director can’t be measured by this unique semester.

“COVID has made this semester so different. For example, the director of marketing and activities: if you look at this semester, there were no activities, so you could probably take that role out. But in a normal year, that’s one of the busiest jobs,” Manker said. “It’s really tricky.”

According to McGowan, director positions changed several times in the past.

He explained how the ASB Constitution is designed to adapt to student culture, including the lineup of directors and the areas of campus life they influence.

“When an area of the student experience consistently grows interest and energy, you as students can choose to give that area a permanent voice at the table by changing director roles,” McGowan said. “You just count on your current directors to hear that need and discern when to bring it to you for a vote.”

Besides the potential new board position, the ASB directors’ plans for events next semester are dependent on the limitations of campus life. According to an email from PLNU President Bob Brower on Nov. 20, “At this time [PLNU will] continue to plan for a modified face-to-face experience with increased housing available on campus.”

“We’re hopeful that maybe if there are more students [on campus], our budget will increase so that we can do more events,” Manker said. Students can access the ASB Secretary’s notes from all board of director meetings to learn what’s being discussed. To request these notes, email Emily Sweeney at stuasb-sec@pointloma.edu.