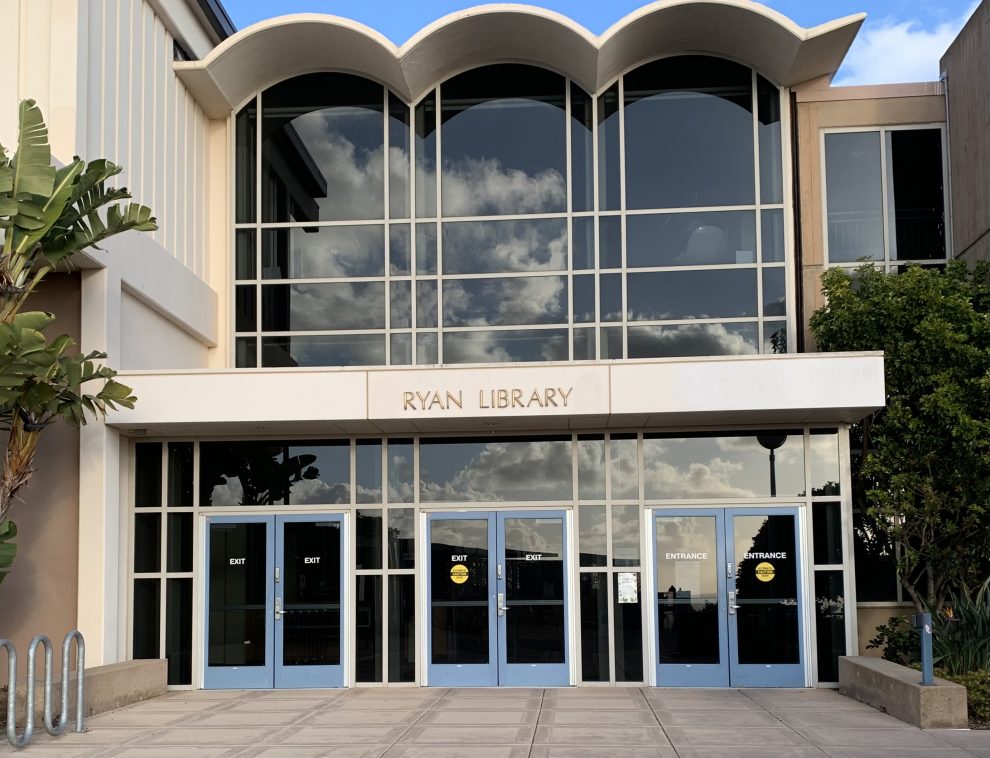 As the PLNU community adapts to another semester with coronavirus restrictions, students living on campus are finding alternatives to studying in Ryan Library. While the campus library still allows students to make special arrangements to check out physical materials, the study desks are not available for use. Director of Ryan Library, Denise Nelson, told The Point in an email interview that the main computer lab and printing center are still open for students to use from 9 a.m. to 11 p.m daily.

As for the rest of the indoor library facilities, Nelson said, “We’re following the same timeline that’s in place for the return to the indoor, in-classroom learning, so we plan to reopen the facility one week after San Diego County enters the red tier.”

In the meantime, students are taking advantage of tables lining caf lane or setting up blankets for a picnic-style study session as library alternatives.

When the weather is cold and rainy, Charis Johnston, a first-year multimedia journalism major said, “Campus is definitely a little dead when it rains; I don’t see many outdoor studiers on those days.”

Instead, Johnston said she sees people studying in the dorm hallways or designated dorm study rooms. While these options are available, Johnston said it feels harder to mix socializing and studying during the pandemic. She said she finds doing homework in her room easier compared to pre-pandemic big study groups.

Navigating where to study is only the beginning. Students living on campus are also forced to rely on campus wifi. This reliance, for some students, is not always ideal. Jemima Goodson, a junior graphic design major, said it took months before the school fixed a glitch that prevented her from accessing the school’s wifi on her Google Pixel 4a 5G phone. In a phone interview, Goodson said she called IT twice when she moved on campus during the spring mini semester, but the issue was not resolved until she went in person on Thursday, March 11.

Goodson said her particular version of the phone was the only Google Pixel affected.

“Earlier versions like the 2a and 3a don’t have problems connecting to the wifi. It’s only the later version I have due to some security update,” she said.

Goodson said she wasn’t sure if it was the school’s wifi update or her phone’s update that caused the issue. PLNU’s IT service did not respond to The Point’s request for comment.