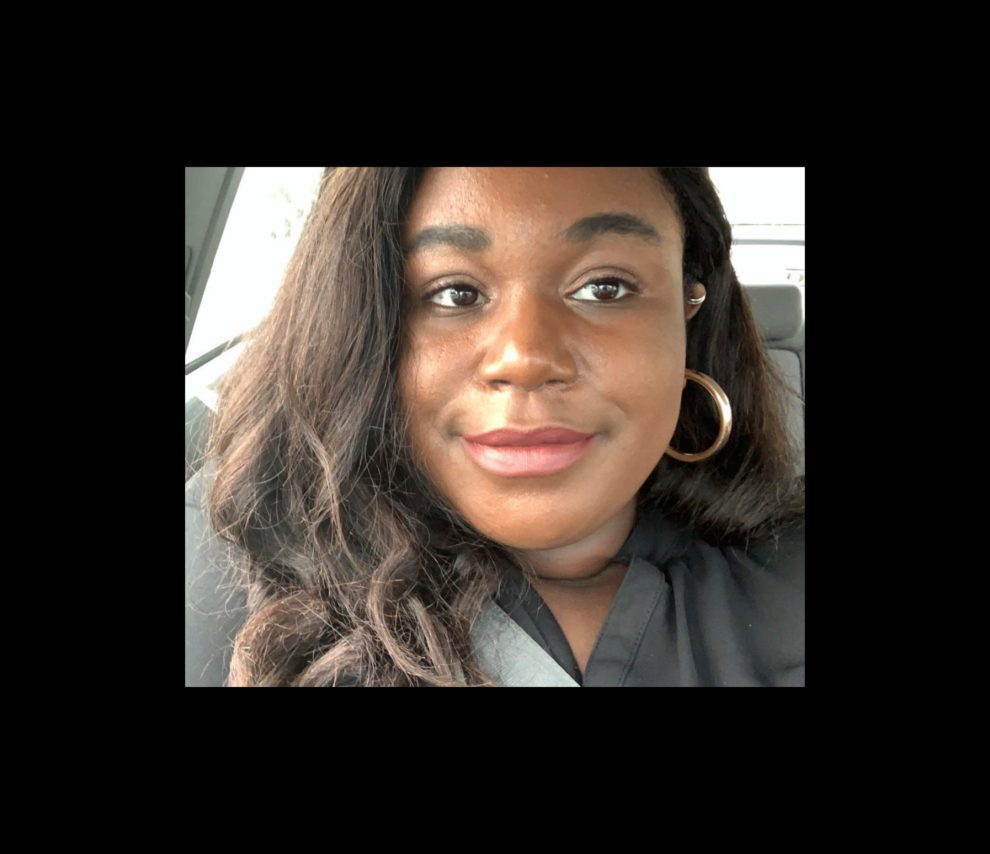 The Point spoke with alumna Chimara Anyiwo [’19], who gave a TEDxPLNU Talk last August. Her address is titled “The Other ‘N’ Word,” and discusses the dangers of neutrality. Anyiwo argued that silence serves no person, and with social issues like immigration, gun violence and homelessness, neutrality does nothing to bring change. Almost a year later, she reflects on her talk and how it continues to apply to her alma mater and beyond. Anyiwo graduated with a bachelor’s degree in business administration and a minor in criminal justice.

*This talk was given at a TEDx event using the TED conference format but independently organized by a local community.*

The Point: What was your experience as a black woman at PLNU?

Chimara Anyiwo: My experience as a black woman at PLNU was both great and challenging. I was happy I adjusted so quickly my freshman year, but reality set in when a student journalist released a series of Yik Yak messages written by students about their thoughts of black people. There was literally a message comparing us to dirty monkeys, but the worst part was the administration’s lack of response to students’ complaints about the incident. It was a little hypocritical that a school where students gather to sing songs about how Jesus loves us all couldn’t find the words on how we should extend that love by loving one another.

In response to this, I called for Student Senate to have a diversity committee, a standing committee that discusses ways on how to promote diversity on campus, as well as started the “We Are One PLNU” campaign. There was both great progress and also downfalls made in the effort to promote more diversity relations on campus, but the biggest problem isn’t that students don’t want to make change, it is the lack of access to funds and support by others to truly establish that change. My experience ultimately showed me the good, bad and ugly of any higher education institution in the world and made me leave both upset and amazed that even in my small fleet, I made a small, much needed, change.

TP: Did you have other experiences involving racism at the university? If so, were those ever addressed by university staff or faculty?

CA: I had several experiences involving racism at PLNU. I would say one of the main ways I experienced racism was through microaggressions (microaggressions are defined by Merriam-Webster as “a comment or action that subtly and often unconsciously or unintentionally expresses a prejudiced attitude toward a member of a marginalized group (such as a racial minority).”

Common things I would face would be assumptions about who I was and how I acted. Being told I didn’t sound nor act black was always a big one that many liked to share with me—though I will never understand their purpose in doing so—that I was pretty for a black girl or questioning how I could afford to even attend PLNU. These things were not new to me, but they still hurt and reminded me I was different and did not belong.

These aggressions also followed me into the classroom. When placed in group projects, I faced my classmates questioning my ability to bring adequate work to the table or questioning my qualifications to do tasks like editing papers, even though I was a writing tutor on campus.

“It felt like I had to wear my resume on my chest to prove I was worthy, even though my ability to be accepted as a student into the university was more than enough to prove my worth.”

These are subtle, but extremely painful actions which allow racial discrimination and inequality to thrive. Sometimes on my walk to and from Finch Hall, which I lived in for three years, I would start noticing people crossing the street every time they got close to me, then crossing again once they passed me. [These were] small indications they did not feel comfortable being around me, even if it was for merely a second. Another incident was when I went for a walk through the neighborhood to get to Hill Street. Every weekend, I forced myself to go for the walk and one day, I was approaching a homeowner who was startled when she saw me. She jumped into her car and immediately got on her phone. Maybe about 5-10 minutes later, a police car was behind me, looking hard at me and trying to see what I was doing, even though the only thing I was doing was walking—go figure! I was wearing a PLNU shirt and once they got close enough to see it, they rushed away. I assumed someone made a call to the police regarding me, but because of what I was wearing, I was no longer a threat in their eyes. Following that day, I told myself to always wear a school shirt on my walks.  There are so many students who go through the neighborhood to get to and from campus, and I doubt many of them think they have to wear a certain outfit in order to avoid people making dangerous assumptions about them.

CA: It was an honor to speak at TEDxPLNU. My idea worth spreading talked about neutrality being “The Other ‘N’ Word” in the world, how remaining neutral in situations of social injustice feeds oppressors and how we need to become the changemakers our world so desperately needs.

The idea was relevant then, and even more relevant now. Just as Will Smith shared that “racism is not getting worse, it’s getting filmed,” this idea isn’t becoming more relevant, it is sadly getting supporting evidence through the killings of Breonna Taylor, Ahmaud Arbery, George Floyd and the countless other wrongful deaths of black men and women at the hands of the police. These events scream for a need for change, not only in America, but around the world, and it is time we take it upon ourselves to stop being neutral to racial discrimination and the wrongful treatment of African Americans and become the catalyst for change.

TP: Please share both the negative and/or positive ways you encountered matters of race at PLNU.

CA: One positive way I encountered matters of race at PLNU was during MOSAIC (Multicultural Opportunities for Students Actively Involved in Community) club meetings and events. MOSAIC does an amazing job allowing students to have a safe place to celebrate their roots and presented a great space to laugh, learn and love. From the yearly Luau night hosted by Hui O’Hawaii to Spoken Word poetry night hosted by the Black Student Union and the Boba Runs with the Asian Student Union, these events showed the unique beauties of each culture and race and gave space for them to celebrate with others. As a member of the Black Student Union, I participated in weekly meetings and events. Looking back, it held some of my favorite memories from school. These groups are amazing and are run by some of the most outstanding leaders on our campus. In light of these incidents, I call for PLNU to consider finding ways to spotlight these clubs more and provide additional funding so they can further extend their mission to bring awareness to different cultures.

TP: As an alumni, what is your advice to current students and faculty on how to foster healthier environments as they pertain to race?

CA: As an alumni, my advice to students and faculty is to wake up. We have been far too complacent in our walks, but that should be no longer tolerated. We have to change because what we are doing now is simply not working.

“For students, you are the future leaders of the world. Step up in how you conduct your lives at PLNU and reflect on how you are either fueling the fire that oppresses others or helping to put it out.”

Every year, students have the opportunity to vote for their student leaders, and every year I see students fail to actually assess these students they are voting into office because they are so distracted with someone who says a funny speech or someone they like, rather than voting in students who have the character, the mission and the heart to do the job, and to do it well. Start leaning and pressing on these leaders to show proof they are doing their jobs and kick them out if they are not.

For faculty and staff, this is a great time to do some self-reflection on how you are conducting classes and events on campus and how they can be improved. Admissions should actively search for great students from an array for backgrounds that will make great leaders on our campus. Alumni should find ways to present different cultures at events like Homecoming, using students from MOSAIC clubs to help them accomplish their goals. Faculty should find ways to incorporate in different studies. We need change and the change starts when each individual looks within their heart and allows God to show them and teach how to be all the He created them to be.

Photos From the 3rd Precinct
Addressing Black Lives Matter at PLNU: An Open Letter from an Alumnus
Comment