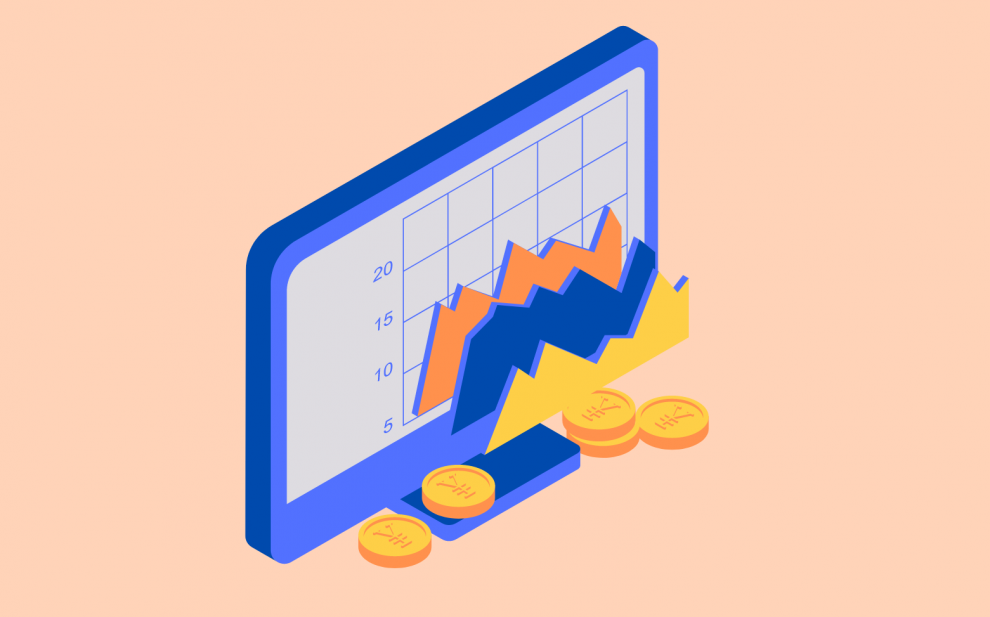 After investors banded together to make stupid amounts of money by causing Gamestop stock (GME) to reach meme levels of fame back in January, the stock market became a small talk topic for people much younger than the typical investor. Average Joe investors became millionaires almost overnight when GME exploded, hitting nearly 2000% gains over the course of a few weeks. To put that in perspective, had you bought $200 worth of GME before its price skyrocketed and sold that stock once it hit its all-time high, you’d be looking at about $3800 of profit.

It’s numbers like these that have so many people excited about investing, but before YOLO-ing your life savings on GME or AMC theaters stock (AMC), learn from the story of someone who started investing in November 2020. He decided he didn’t want to work at a grocery store over the three-month winter break, so he turned to the market armed with almost all his life’s savings and next-to-no knowledge of or experience with the aggressive type of investing he set out to do. Over the following four months, he hit his peak of more than doubling the amount of money he started with — right around $10,000 of gains — then lost all of it in the next month.

This unfortunate investor is me. After riding this insane roller coaster of profits and losses, I decided no one should have to go through something like. So, these are the things I would have told my past self so that he wouldn’t make those mistakes and be stuck wondering how the heck taxes are gonna work out:

I can already hear all the 30+ year-old investing veterans screaming at me, “What do you mean not too much?!?” Well, unless someone is managing your money for you, keeping a close eye on more than four or five stocks at once can be hard. My strategy was putting equal amounts of money into three or four different stocks. It makes for easier math and you don’t have to spend as much time keeping up with what’s going on in just four companies.

2. Before buying anything, plan your exit strategy (and stick to it)!

This is the easiest way to ensure consistent profits and minimal losses. What percentage of gains are you comfortable taking the profits and leaving at? I usually shoot for 10-20% and sell immediately if it gets above 20% (this is where non-STEM majors like myself tend to break out the calculators). According to Investor’s Business Daily, some stocks only have 20-25% growth in them before dying back down to a new baseline price. Once you see that kind of growth, let it go and move on to another stock where you see potential.

On the other hand, I’ve definitely missed out on some gains with this strategy. A few months ago, I bought some Riot Blockchain (RIOT) shares and sold it the next day for 30% gains. If you look at the stock’s value today, it’s almost quadrupled in value since the time I bought and sold it. How was I supposed to know this would happen? Well, I certainly would have had an idea if I followed the next piece of advice…

3. Research the company you’re investing in.

Had I researched properly, I would have known RIOT is based largely around cryptocurrency and its value is closely tied to the value of Bitcoin. Since I believe there’s a lot of room for growth in this relatively new industry, I definitely would have planned for a more long-term investment. Take some time to get to know the company you’re about to throw your hard-earned money at. Decide from there if it’s a place you want to park your money at for a while, or if it’s just a good opportunity to make a few quick bucks.

4. NEVER EVER make exceptions to your rules because of hype.

Stick to your guns! If you decide not to put more than half your money in one stock, don’t let GME or AMC tempt you to break that rule. I made this mistake right around when GME started shooting up in value. Anyone remember BlackBerry, the company that made the phones with keyboards? The iPhone of the early 2000s? I put almost all my money in their stock around a month ago because their chart was following a similar pattern as GME. I could have saved myself a lot of frustration had I remembered my final and probably most important rule for investing…

5. Be willing to accept a loss.

You will eventually make a bad play and lose money when you’re investing. It happens, you can’t guarantee zero losses. However, you can guarantee that a loss won’t hurt you too much.  When I first bought shares of BlackBerry (BB) I only put in one-fourth of my money. I saw some serious gains, and held, but then it went down pretty hard and I was filled with rage at this extinct phone company. I made the decision — half out of desperation and half out of anger — to dump in twice the amount of money I originally invested at this new, cheaper price so that if the value went back up I could cover the initial loss and maybe break even. So here I am, still angry at BB now with more than three-fourths of my money invested. But since BB doesn’t care about my feelings, it proceeded to crash even harder. After a week, I finally cut my losses and sold after seeing my initial $2,000 profit turn into a $2,000 loss. That’s a total of $4,000 gone after a few unthoughtful moves.

Still want to start investing? I hope the answer is yes. It’s a fun time once you know what you’re doing as opposed to eventually figuring it out for yourself the hard way. There are also safer ways to invest too, so do some research and find out what strategy works best for you. Ditch that crappy part time job over the summer. Join the movement. GME to the moon!