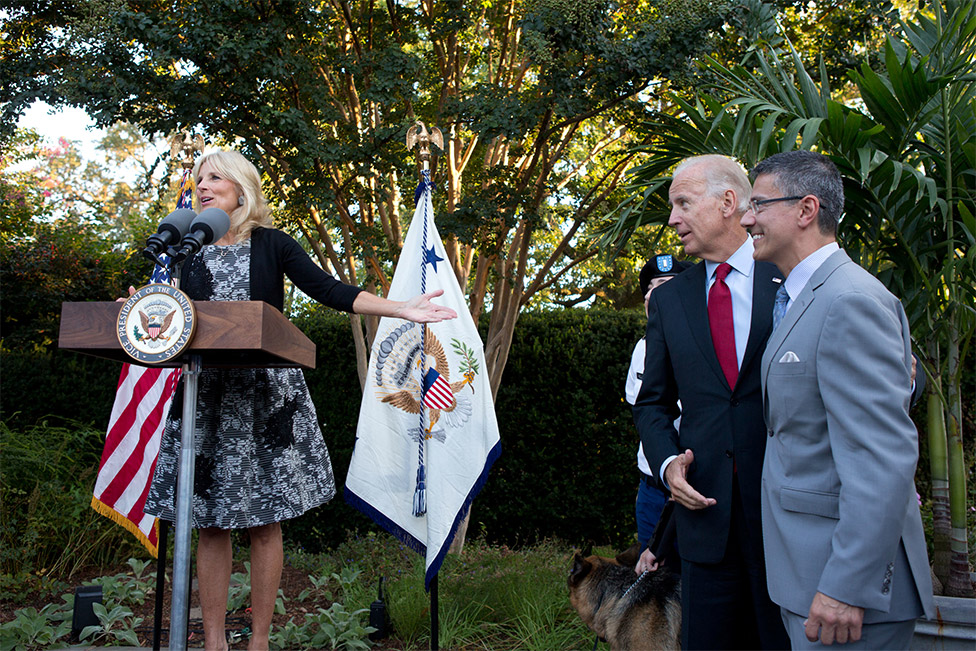 Maggie Valentine is a senior political science major at PLNU and the president of PLNU College Democrats.

Over the last month, millions of Americans cast their ballots in the presidential election, either in person on Election Day, through voting early or voting by mail. The 2020 election saw record levels of turnout across the U.S., with the Associated Press reporting as of Nov. 9 that 62% of eligible voters made their voices heard in this election. Despite claims from the right that this election was “stolen” or that voter fraud was running rampant in our country, these are all baseless conspiracies with no factual evidence. In fact, New York Times reporters contacted officials in every single state and found “there was no evidence that fraud or other irregularities played a role in the outcome of the presidential race.” This means that President-Elect Joe Biden and Vice-President Elect Kamala Harris won the election fair and square.

Not only did Democrats see a victory in taking back the White House, but we were also able to flip critical battleground states like Arizona, Pennsylvania, Michigan and Wisconsin, all of which helped secure Biden’s victory. Democrats were also able to gain seats in the Senate (although the final majority will not be decided until after the runoff elections in Georgia, set to take place in January), as well as maintain control of the House of Representatives.

This election cycle was also filled with many historic, glass ceiling-shattering victories that extend past Vice-President Elect Kamala Harris. In what many are calling a “Rainbow Wave,” a new generation of legislators have been elected across the country, bringing more LGBTQIA+ folk into elected offices. Among these victories are Sarah McBride (who became the first openly trans state senator, winning her state senate bid in Delaware), Mondaire Jones and Ritchie Torres (who will become the first out, gay black men in Congress) and Mauree Turner (who will become Oklahoma’s first Muslim elected official, as well as the nation’s first nonbinary legislator). Out of all these victories, Mauree Turner’s election personally meant a lot to me, as a queer Oklahoman. Their message throughout this campaign was “nothing about us, without us,” which resonated with me, and I was fortunate enough to volunteer and make calls to tell my community to vote for them.

These victories have filled so many Americans with hope. I, like many of those around me, feel like I’ve been holding my breath for the last four years, but now I can finally exhale. But just because Democrats have won, that doesn’t mean our work stops. There is still so much work to be done — we still have to hold our elected officials accountable when it comes to healthcare, climate change and racial justice — but for now we are able to celebrate the victories of the Democratic Party and continue working toward a more progressive, inclusive America.