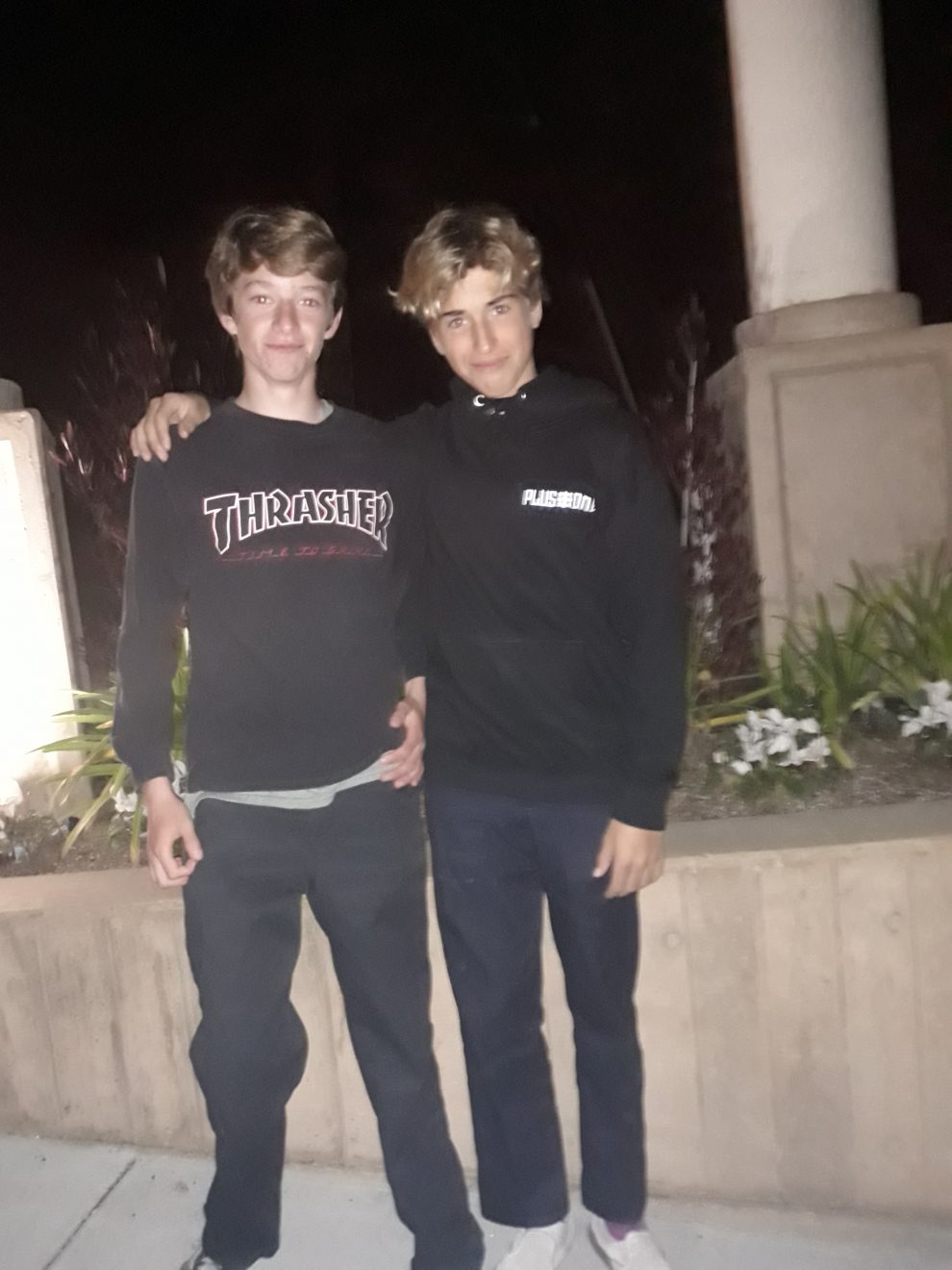 Friday nights. Done with classes and work. Time to play hard. A group of local Point Loma middle schoolers picked PLNU to be their playground. Over the last month, this group of teenage boys, self proclaimed as the Duct Tape Hooligans, have been finding ways to make their own fun on the PLNU campus.

Public Safety said the first reported incident of the hooligans’ handiwork came in from a Domino’s delivery driver who said there were some kids at the first intersection past the welcome center, the public safety shack at the front of campus, putting down strips of duct tape, sticky side up, on the road for unsuspecting drivers to run over. This is how the Duct Tape Hooligans earned their name: by causing student, Uber and Domino’s drivers stress with the sound of loose duct tape on their car tires hitting the underside of the car, which sounds like a flat.

Kaz Trypuc, Public Safety supervisor, said that Public Safety has had to repeatedly deal with the Hooligans for the last two weeks. This is nothing new for public safety, Trypuc said.

“We are constantly responding to reports of suspicious people and suspicious activity,” Trypuc said. Over the last two weekends, Trypuc said people have been calling in about suspicious person reports, all of which involve a group of male teenagers that seem to fit the description of the hooligans.

Mike Statz, sophomore exercise and sports science major, was another victim of the Duct Tape Hooligans. On Friday night, Statz unknowingly drove through the duct tape boobytrap. After waking up the next morning he recruited a friend to help peel the tape off his tires that had mysteriously showed up overnight.

“I was honestly confused at how I got a whole roll of tape on my tire,” Statz said. Statz  said he remained confused over the weekend until he talked to a friend who worked at Public Safety and told him about the Hooligans.

Later, Statz laughed about the situation saying “Honestly though, that’s pretty funny. Who thinks of that? I wanna low-key go around and do that to other people.”

How did this idea come to be? Even the Duct Tape Hooligans themselves cannot remember a point of origin. One of the hooligans, Jacob DeVore, claims it was his idea and began inviting his friends to join in by laying down strips of tape at the intersection of Catalina and Lomaland. Their debut on the PLNU campus was not quite as ambitious as “taping cars” as they call it.

“We ran around with our shirts off,” Gary Winthrop, another Hooligan, said, “and mooned a few cars.”

Once the taping began, the hooligans were a familiar face around campus to PLNU students who had fallen victim to the prank. DeVore said that some students recognized the hooligans when walking around campus during the day and even expressed interest in joining in on the Friday night shenanigans.

“They’re creating a relationship with the school and the people here, and that’s kinda cool,” Statz said.

Drivers coming onto PLNU campus on Friday nights should still be on the lookout for these local celebrities, and maybe some hidden duct tape on the road. While they initially expressed a desire to move on from taping cars, the hooligans said they’ll “keep doing it if it’ll make people’s days in seeing us celebrities.”

The possibilities are endless with a good imagination and a roll of duct tape. But what’s next for the Duct Tape Hooligans? “Probably riding down Catalina naked on a bird scooter,” DeVore said.

Pilot Pete is a Man’s Man
What Does ASB President Actually Do?