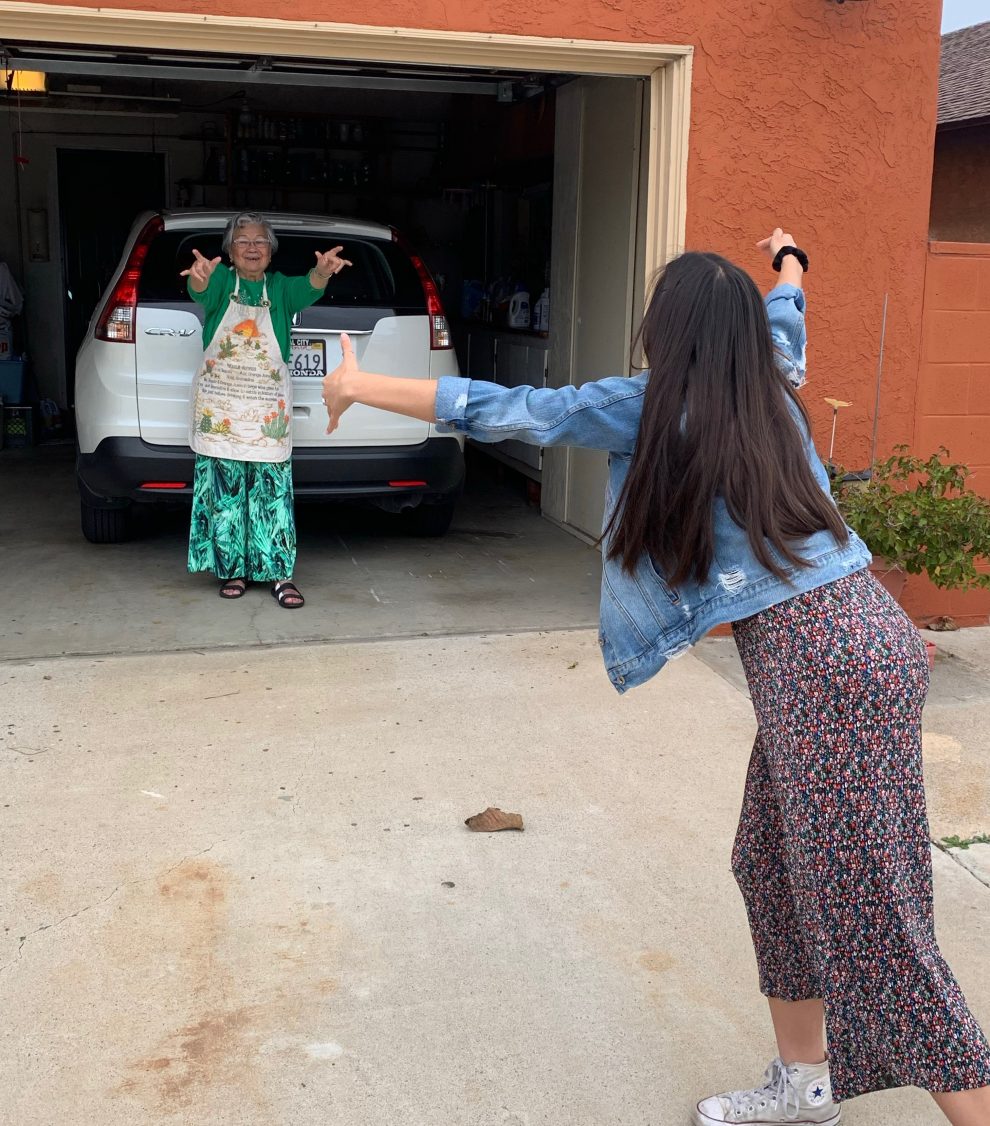 As a second-generation Filipino American, I heard the stories of my grandparents bringing my dad and his siblings to Japan and then eventually to America. But, this story is not unique. Filipinos rank third in California’s recent arrivals of immigrants, according to the Public Policy Institute of California. Disney finally recognized this common migration pattern of Filipinos to the U.S. and also the U.K. in a short animated film for the 40-year anniversary of Disney and Make-A-Wish. The film appeared on Youtube on Nov. 9 — it had me bawling, and I think it will have you express the same sentiments while also teaching you a bit about this culture.

The film begins in 1940 with a young girl receiving a stuffed Mickey Mouse doll for Christmas amid a town square decorated with traditional Filipino Parols (star paper lanterns). Time fast forwards to 2005 and she is an aged Lola (grandma) with a granddaughter. She teaches her granddaughter how to make the Parols of her childhood as the granddaughter tenderly holds the same Mickey Mouse from Lola’s youth.

To shed some light on the significance of the toy, it is important to note it is a miracle the toy is still part of the narrative in 2005. The 1940s (when Lola was first given Mickey) in the Philippines was characterized by loss due to World War II with more than 100,000 civilian deaths. Not only in the film industry has Filipino culture generally been underrepresented, but even Filipino history, according to LA Times writer Bob Drogin, “History has somehow overlooked the catastrophic battle for Manila, capital of the Philippines, in the waning months of the war. Like the Rape of Nanking, or the siege of Stalingrad, the tragedy of Manila deserves far greater understanding and reflection today.”

The story of Filipino immigrants, of naturalized U.S. citizens and those still in the homeland deserve far greater understanding and reflection today.

As the granddaughter in the film grows older, she loses interest in the lanterns. The Mickey Mouse toy begins to show signs of aging as the ear of the toy tears off. However, the ending is a beautiful moment where the granddaughter embraces her culture and decorates the entire house with Parols, creating a scene that takes Lola back to her childhood.

This narrative is similar to my own. My family does not make paper lanterns; however, we are avid mahjong players. The game and strategy of mahjong has been passed down three generations from my Lola, to my dad, to me. My family has not been able to visit my grandma and play mahjong partially due to the pandemic, but also because we have busy lives. This film is all the more reason for me, once the quarantine guidelines are lifted, to play mahjong with my Lola.

The Walt Disney Company was founded in 1923 and now 97 years later, the Filipino community finally received representation in mainstream Disney media. And this is not the end. In March 2021, another Southeast Asian Disney film will be released, “Raya and the Last Dragon.”

A Filipino proverb states, “Ang hindi lumingon sa pinanggalingan, hindi makakarating sa paroroonan.” Translated in English, that means “A person who does not remember where he came from will never reach his destination.” It is time for the second-generation children like myself, and the future generations to come, to have this representation in the film industry so we might remember and honor where our families came from.

Don’t Be Intimidated by Newsom’s COVID-19 Holiday Guidelines
Living in D.C. During the the 2020 Election