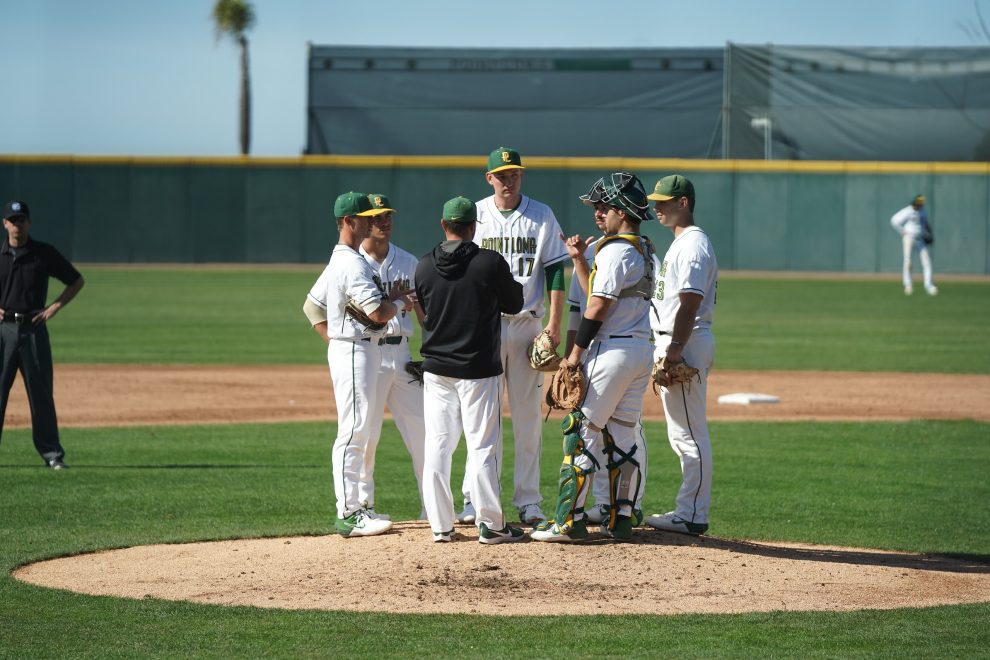 After a condensed MLB season, the Los Angeles Dodgers lead the Tampa Bay Rays 3-2 in the best-of-seven World Series. The games have been exciting even for casual baseball fans, filled with home runs, great plays on defense, a walk-off in game four and even an attempted steal of home.

Although Justin James, head coach of the PLNU baseball team, grew up in Los Angeles and roots for the Dodgers, he does not simply watch the game as a fan; he watches as a coach. While casual fans enjoy the action and tension of the World Series, James keeps an eye on details that will help his coaching and the PLNU team.

Andrew Hansen: When you watch MLB games like the World Series, what are some things you pay attention to?

Justin James: It has changed drastically in the past five years or so. In the past, I was just a huge fan and would watch any game at any time, rooting for kind of fantasy and certain players, but now I am looking for situations, counts and strategy that basically back up what we believe in here as a program and some of the things we are trying to accomplish philosophy-wise. It has turned into studying the game rather than watching it for pure entertainment.

AH: [Coach Matt] Logie talked about watching the NBA Finals for plays and sets, but watching baseball is different. What is something specific with pitchers, for example, that you study?

JJ: I watch how they handle the counts and pitch usage, which is way different now in the MLB than it is for us. I am looking for, “Are they getting ahead in the count? Once they get ahead, what is their pitch usage? Where do they have a tendency to go with pitches?” I also look at the main differences in terms of holding runners or lack thereof, just because when they are throwing 100, they don’t usually care too much if guys steal bases. This World Series is really cool actually because that has come into play quite a bit with guys stealing a lot of bases and creating a lot of runs, not just home runs. I also look at how pitchers attack certain hitters in a certain way, essentially attacking heat maps and cold maps because they have a crazy amount of data to use.

AH: Compared to these pro teams, how much do you use the same analytical approach to the game at PLNU?

JJ: Quite a bit. We invested a lot of resources into scouting not only our opponent, but also our own guys through technology. We have a Rapsodo for pitching and hitting that gives us spin rate and exit velocities and so on, as well as bat sensors to work on swing changes and things like that. We do a lot of scouting reports on our own guys so when we practice, we are able to basically employ what a team might do against us and shift against our own guys to make it a little harder, so the game becomes a little easier. A lot of it in the games though is within the coaching staff to create a road map, because the last thing you want to do is dome up a player with too much information; they just have to go out and compete.

AH: That’s something I think is crazy to watch, because it looks like the pros should be able to beat these shifts and just slap a single the other way.

JJ: Right, and the problem with that is the guys aren’t paid to do that. And the other thing people miss is these pitchers are that good. They have the shift, and they do not miss locations like high school or college pitchers might, so they pound a certain area of the zone and make it impossible to shoot the ball the other way. Plus, it is 95-101-mph pitches now, and this is why baseball is the best sport to watch because people watch and think they could jump in and do it. In basketball, you know you are too short or too slow. In football, you know you would get crushed. For whatever reason, people think they could stand in there with baseball and hit a nice hopper to second to score that run, but they don’t realize there are 20 inches of vertical lift on the 98-mph heater, or that he has an 82-mph slider, and you would also be scared for your life that the ball might hit you.

AH: Do you think there is ever a time where the managers tend to over-manage the game? In game four, the Rays almost ran out of their guys, and it worked out, but they had a guy who hadn’t really hit in a month come up with the game on the line. Do you think you have to balance the feel of the game with the analytics?

JJ: I believe so. I know at the major league level, they would disagree and say there are no feelings and no emotions, strictly data that drives decisions, and it really isn’t too much management. I still think there is a little bit of feel, but I have also been there where you are out of players at the end of the game because you made moves early. That’s what is so great, the strategy of it, and that’s what makes baseball so cool to watch. It is very easy to second-guess because there is downtime in between pitches, but that’s something missing in society: to second-guess in the moment and not wait until the end to see how it works out.

AH: What are a few key takeaways for you from the first five games?

JJ: It has been awesome! The complete importance of defense [stands out to me]. Obviously, we had that crazy play, but we have seen so many big plays. Most people don’t realize how good MLB players are at defense, and guys are just smashing baseballs, so people are able to see how hard people hit the ball but also how great of defensive plays are being made. I think pitching and defense are going to be the difference-maker. The Dodgers are a great team and one of the best teams, if not the best, but what the Rays do so well is they just never give up, so those things will be exciting to watch in the last game or two.

Fire Rob Manfred
The GOAT Debate (One without Jordan or LeBron)