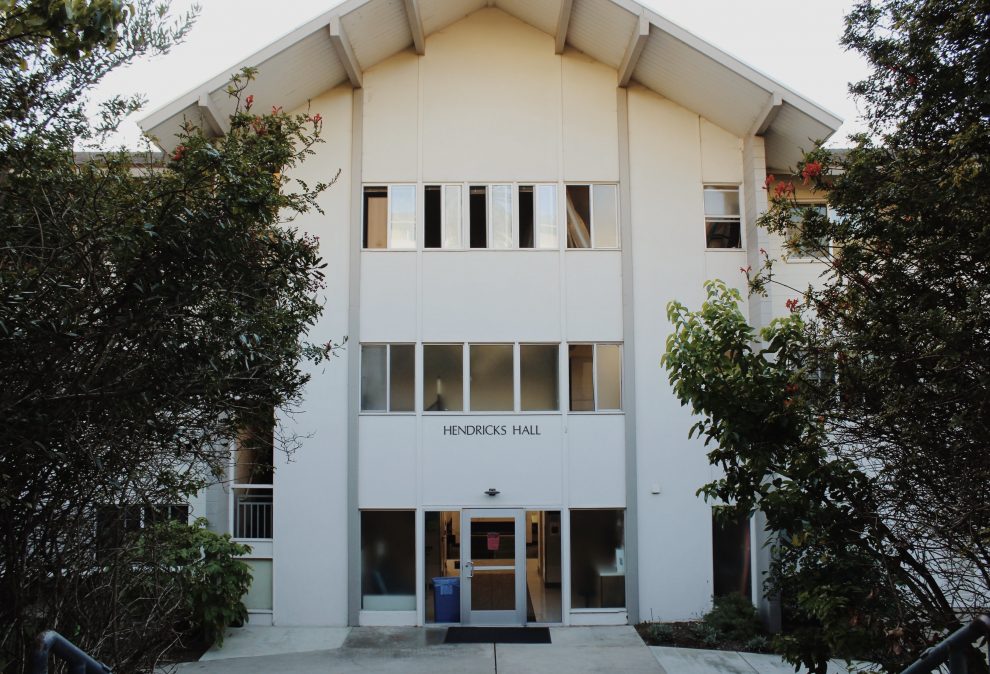 The email asked for a student interested in volunteering to move. The first student to reply would be relocated and offered assistance in moving their belongings from Hendricks to Klassen.

“If no one replies to this email indicating that they would like to move, I will put all of your names in a hat and draw one name, and that will be the student to move,” Unverzagt wrote.

The majority of dorms in Hendricks and Klassen Hall are doubles and each floor has two quads. When the university over-enrolls students, the doubles are converted into triples as overflow rooms with the intent to move students into doubles as soon as possible.

“From the day that they were housed in a triple, I emailed them and let them know that this was a temporary placement with the goal of them moving to a double room,” Unverzagt said.

The housing process is similar to an airline operation, where the university overhouses students because they estimate that a certain percentage of students will decide not to come by the start of the semester.

“This year is unlike years in the past, less people decided not to come and so the triples and the quads remained,” Unverzagt said.

When all students are housed, they are charged the same room and board fee. Yet every week Student Financial Services allots a credit to students placed in a triple for their adapted housing.

If the first year students decided that they would rather stay in their current residence, they would forgo further room credits that they were offered for being placed in a triple at the beginning of the semester.

Mayley Johnson, first year psychology major, was one of the first year students who received the email and is currently living in a triple.

“I think before they housed people, they should have asked if they wanted to be in a triple and explained the benefits and drawbacks of being in a triple instead of putting us in and then moving us out,” Johnson said.

A benefit of living in the triple was the bonding that Johnson and her two roommates experienced. When they got the email from the assistant director of housing, they found it unfair to have to separate after establishing their relationship.

Johnson’s roommate, first year open major Skyler Van Den Berg, said, “The only option to save the money was to go up [to Klassen], and I don’t think it was fair to take the discount for staying with the people who we bonded with from the first day of school.”

“Even though it is a little, I was grateful because [the credit] was going towards my education,” Guinn said.

The girls and their parents contacted Unverzagt after the email to express their concerns.

“After I got all the parent phone calls and all the student emails, I understood how big of an ask that was,” Unverzagt said.

None of the twelve freshmen ended up moving. A first year resident in Klassen needed a room change and filled the originally empty spot.

The three roommates were never told if the double in Klassen was filled, and they remain awaiting news from Unverzagt that the issue is resolved.

“We think that someone else was randomly selected, they just never told us,” Johnson said.