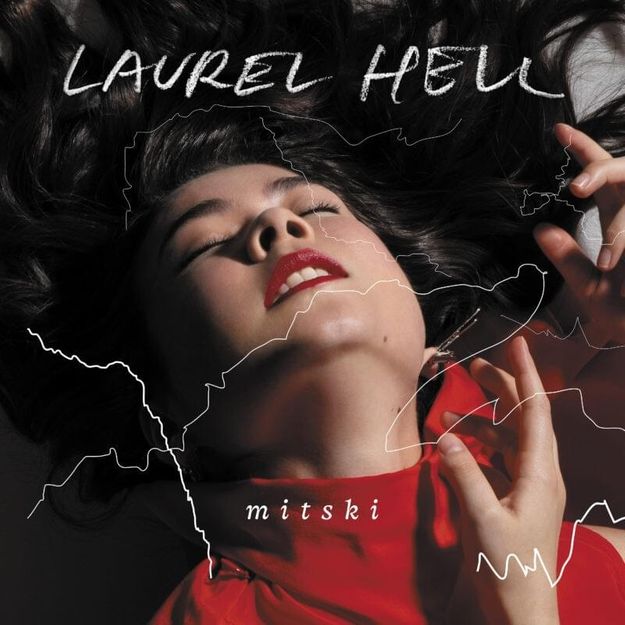 If my expectations were a rug, Mitski would have pulled it out from under me. On Friday Feb. 5, Mitski released her newest album, “Laurel Hell.” Known for her dark, avant-garde pop, “Laurel Hell” takes a step into the conventional while retaining what makes Mitski’s sound unique. By blending her style with the re-emerging aesthetic of 80’s pop, Mitski blows a breath of fresh air into a derivative trend.

The singles leading up to the release of “Laurel Hell” including, “Working For The Knife,” “Heat Lighting,” and “The Only Heartbreaker” had me a little worried. 80’s synth pop has made an unexpected resurgence with the popularity of albums like Carly Rae Jepsen’s “Emotion” and Jessie Ware’s “What’s Your Pleasure” but that popularity has also invited the overwhelmingly mediocre, like Ed Sheeran’s soulless album, “Divide,” or The Weeknd’s derivative, “After Midnight.”

Thankfully, “Laurel Hell” adopts and embraces 80’s pop and synergizes it with Mitski’s established style. The upbeat songs are still full of realism and passion through Mitski’s depictive lyricism, and story-telling. Her expressive vocal style elevates the aesthetic that develops the conventions established in the 80’s rather than producing an imitative reiteration of it. Like “What’s Your Pleasure,” “Laurel Hell” develops 80’s pop and takes the genre into new territories and new melodies instead of recycling them for profit.

“Laurel Hell” reminds me of the pioneering work of Tears for Fears on their 1985 album, “Songs From The Big Chair.” Tears for Fears’ recognizable sound was characterized by a feeling of artificial darkness produced by synthesizers and rhythm beats that would surround the tone of their songs. Accompanying it would be the contrasting dynamism of live instruments and innovative percussive soundscapes. “Laurel Hell” takes the same approach with different instrumentation and a less abrasive instrumental palette.

The airy keyboard melodies accentuate deep, dark guitar drones that are rotated through with fun synth melodies and poppy drum track rhythms. The visceral instrumentals sound inspired by the ethereal guitar work of shoegaze band, Cocteau Twins, and the polyrhythmic accompaniment of the drum tracks have an artificial quality like Tears for Fears’ “Shout.”

The wide variety of song structure, the short songs, and the loose organization of the structural variation lighten the tone and soundscape of the project from being too heavy or melodramatic, but also avoids leaning on too many 80’s tropes, instead saving them for moments of emotional impact, or creative variety, like on the song, “Everyone.” Her voice is elevated in the mix to emphasize the lyrical content, and the quiet, but numerous synthetic chords, and euphoric harp and piano over the drum tracks is the perfect balance of recognizable sounds without descending into the derivative.

The brilliant music and ingenuitive production are accompanied by Mitski’s sensual and powerful singing as well as some of her darkest and most intimate writing yet. While not all coming from a personal place, Mitski’s lyrics encapsulate bits of reality and abstract emotion into a whirlpool of memory and lament that is both relatable and profound. In a press release by DIY magazine, Mitski said about her storytelling, “I always want to write songs about what we actually do, so that we don’t feel alone in them.”

Her lyrics are almost never glamorizing nor melodramatic, but they still contain a cavernous sense of emotional intensity and reality. “I am face down on my bed/ Still not quite awake yet/ Thinking of you/ I tuck my hand under my weight/ Just tell me what you want to do/ Tell me what you want/ To burn away/ ‘Cause I could be your stoker.”

Her lyrics deal with dark themes in a way reminiscent of Nick Cave and Emily Dickinson in their tone and brevity; but she infuses it with her personable yet unashamed themes of the realities of dealing with grief, sex and intense emotions. Like her former albums, this project is best listened to crying in the shower.

It’s impossible not to focus on the emo aspects of Mitski’s music due to the history of her discography and the content of her lyrics, but none of that is explicitly noticeable on “Laurel Hell” if this is a listener’s first interaction with Mitski. Many of the most powerful lyrical deliveries are camouflage beneath the danceable and fun 80’s formulas, especially songs like “That’s Our Lamp” and “Stay Soft.” The way she is able to control her narrative through intertwined aesthetics is evidence of the talent and mastery Mitski has over her music making process.

An artist at the top of her game, Mitski’s creative boundaries know no end, evidenced by the variety on “Laurel Hell.” 80’s pop is making a well-deserved re-emergence in the diaspora of contemporary pop music, and this album is proof that in the right hands the genre still has endless avenues of creative directions to explore, and innovative avenues for the bolder pioneers.

Before the First Sip
Brockhampton Breakup