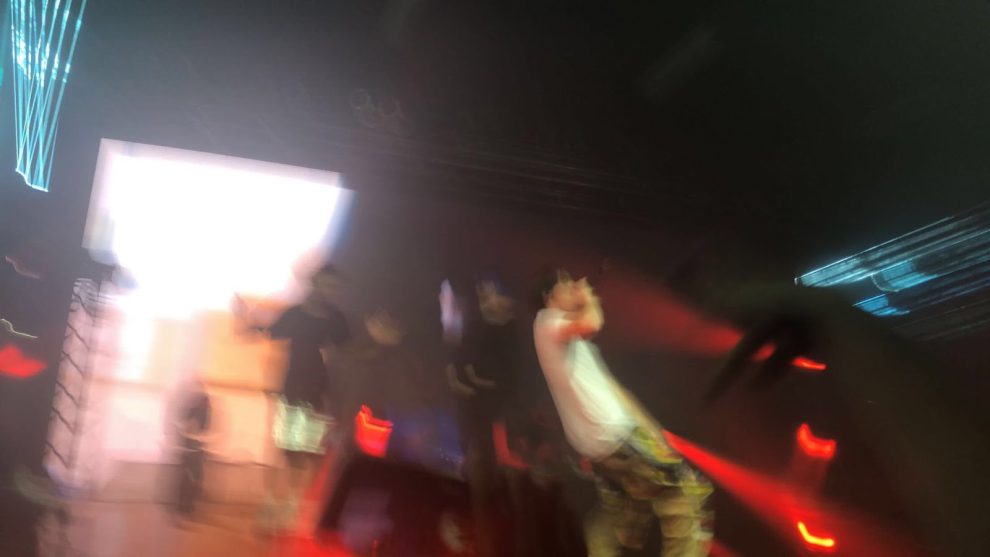 Eclectic rap group Brockhampton announced that they are breaking up after their upcoming London and Coachella shows on Jan. 14, 2022: “Following these four performances we will be taking an indefinite hiatus as a group.” (via Instagram).

The boy band took to Instagram to announce their split and thank fans for their support during their eight years together as a group. This news comes as a surprise to many, as the group was just about to begin their tour supporting their 2021 album, “Roadrunner: New Light, New Machine.” In March of last year, founding member, Kevin Abstract hinted at the group’s dissolution on Twitter: “2 brockhampton albums in 2021 – these will be our last.”

“I was pretty shocked, and that shock was immediately followed with disappointment. [the breakup] came in a very sudden way, it was very hard to emotionally process in the moment,” second-year communications major Ryan Whitener said.

This feeling of disbelief was widespread among the band’s fanbase.

“I was actually baffled. It just came out of nowhere, and I was super bummed. I’ve been listening to Brockhampton for a while and I never expected them to break up. It’s really hard to reconcile with the fact that we won’t ever get any new content from them again,” Annie Derrick, second-year health and human performance major, said.

“Brockhampton is authenticity. A lot of what they did with their music and their influence was always pushing an agenda of creativity and being oneself no matter what the music industry or society said,” Whitener said.

For Derrick, it was the group’s unique and multifaceted music style that drew her in. She named the band’s diverse membership as the reason behind the group’s innovative sound.

The group failed to disclose the motive behind their sudden split, and there has been a rush of speculation among fans as a result. Many saw the group’s choice to kick out founding member Ameer Vann as the beginning of the end. The collective made this decision in 2018 after several women came forward accusing Vann of sexual misconduct. Several band members have expressed that the group has never been the same since then. Both Whitener and Derrick speculated that although there has been some instability in the group over the last couple of years, only something drastic could have catalyzed this sudden split.

From the looks of it, the self-proclaimed “best boyband since One Direction” is done for good (BOOGIE). Derrick encouraged fellow heartbroken fans to savor the group’s last performances together, and to support the solo careers of former band members.

As a tribute to the Texas-based collective, I present to you, Brockhampton 101: An introductory course in the music of  “America’s favorite boy band” (Kevin Abstract via Twitter). With the input of Derrick and Whitener, I have compiled a list of Brockhampton’s best songs according to Loma students, a beginner’s guide of sorts. Included in this list are songs from every one of the group’s six albums, with varying styles and sounds. As you divulge further into the group’s extensive canon you’re sure to find something that’ll suit your personal music taste.