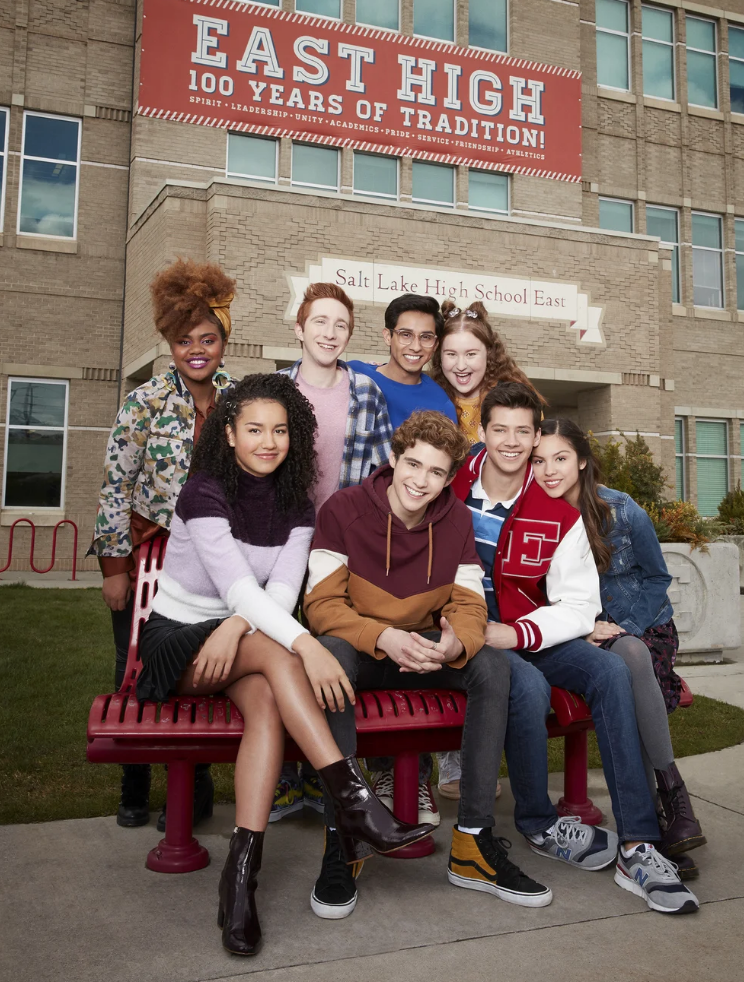 Chock-full of references to the original movie, this meta-mockumentary takes us back to East High, where the original movie was shot 13 years ago, following the drama club as they put on their school’s first ever production of “High School Musical.” Much like the original film, the musical comedy is built around the adolescent romance between two teens that end up starring in the production.

While pulling a lot of its basic content from the original movie, the new series is just clever enough to justify standing on its own. Fans of “The Office” and “Parks and Recreation” will notice similar camera work with the same shaky camera shots, iconic camera-zooms, talking head segments and the occasional lingering glance into the camera. While it was probably just Disney taking whatever seemed to be working for other shows, I thought it added a layer of humor far more appealing than those requiring laugh tracks to signal a joke.

This series wouldn’t need a laugh track anyway, though — the cast, along with being incredibly talented, is also genuinely funny. The jokes and quips don’t feel manufactured or forced, and the characters, true to their Gen Z context, use a surprising amount of slang and pop culture references allowing the series to part from the original and emerge as its own.

Of course, we have Disney to thank for many of the child-turned-movie-star celebrities we see on the big screens today, and this cast will be no exception to that. One of my main concerns for the new series was the risk of a completely new cast, as the beloved characters in the original film set unrealistically high standards. However, with powerful vocals, charming leads and convincing character dynamics, the new faces are not only refreshing, but they also seem impressive enough to keep the franchise going.

Overall, while the new series is nostalgic for those of us who grew up falling in love with Troy and wanting to be Gabriella, it is able to pass the torch to a new generation of “High School Musical” fans with a promising new cast and filming style.

According to Deadline, ahead of its season one premiere, Disney+ has already renewed “High School Musical: The Musical: The Series” for a second season.