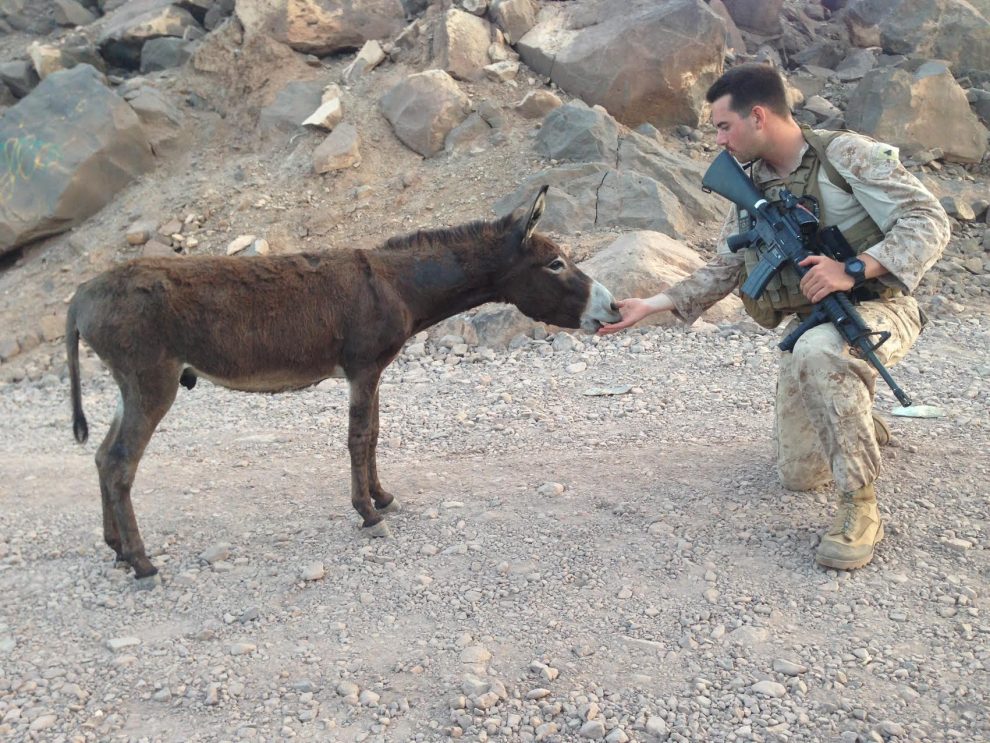 You may have seen them last month on caf lane showing off some of their gear. You may sit next to one in class. You may even be friends with one. They are PLNU student veterans, of which there are 200 members. Whether you choose to get to know one or want to pick their brain about the military, there are some questions that should not make their way into conversation. The following five questions are ones I, a student veteran, have been asked before but wish I hadn’t.

1. Did you ever shoot/kill someone?

While it is hard to imagine anyone asking this question, it comes up more often than one might think. This question always catches me off guard, as I find it hard to wrap my head around the fact that someone honestly wants to know if I took another human life.

I think one of the most common misconceptions about veterans is that just because they served in the military, they automatically deployed to a combat zone. According to the Bureau of Labor Statistics, in 2018, less than 10% of all active duty service members held a combat specialty job. That means roughly 90% of the US military is trained to do something other than shoot at an enemy. In addition, just because a service member deploys, doesn’t necessarily mean they will find themselves in a combat scenario. Some less intrusive questions may be: did you ever deploy? Are you a combat veteran? It is up to the veteran to choose how much they disclose.

2. Do you agree with the war on terror?

When one chooses to serve in the military, they take an oath of enlistment, which states:

When an individual joins the military, they are committing to obey orders given to them, regardless of their personal beliefs, which often requires them to go fight in a war, such as the one on terror. So, instead of asking if one agrees or disagrees with a stance, perhaps it is best to ask someone’s opinion, leaving the question more open ended.

3. Did any of your friends die?

I’m still unsure why someone wants to know if any of my friends were killed. Seems like a morbid thing to ask anyone, regardless of military service or not. Perhaps it is an approach to try to empathize with a veteran; yet, it doesn’t seem like the most appropriate way to do so. Many of those in the military have had friends die whether it be from combat related injuries, suicide or other causes. Consequently, every time this question is brought up, it invites the individual to think about a part of their past which they may not desire to do so at the moment. If this is an area that interests you, it may be best to take the approach of asking if the military trains individuals to deal with grief in a certain way.

4. Do you regret being in the military?

Every time someone asks me this question, there is a small voice in my head which says, “No, but you’re about to regret asking that question.” While there are many aspects of the military that I didn’t care for, by no means do I regret my service. Are there situations and circumstances that I wish may have never happened? Sure, but that can be said of anyone, regardless of military service or not. Obviously, I didn’t love the military enough to stay in for another enlistment, but I am thankful for the opportunity I did have to serve. I met some amazing people, traveled to 10 different countries and gained life experience — all which has shaped me into the person I am today.

I think what people are really trying to get at when they ask this question is: Is the military right for me? They want you to tell them about all the miserable things you had to endure so they can justify their opinion, or decision, about the military one way or another. Interestingly, some of my fondest memories of the military were also some of the most miserable moments at the time. It is true, the military isn’t for everyone. However, I still describe my service as the best and worst time of my life, and I am in no way regretful of it.

According to the U.S. Department of Veteran affairs, “Post-traumatic stress disorder (PTSD) is a mental health problem that some people develop after experiencing or witnessing a life-threatening event, like combat, a natural disaster, a car accident or sexual assault.” I find it disheartening that PTSD is labeled as a disorder. People experience many different traumas and heal differently. Asking a veteran if they have PTSD is equivalent to asking a random stranger if they suffer from obsessive compulsive disorder or clinical depression. Like question three, you run the risk of bringing up past events that one may not choose to relive. Also, many individuals don’t care to have a single label sum up their struggles.

Putting veterans into the “PTSD group” takes away from their personal struggles and generalizes the problem to a larger “military issue.” To put it bluntly, unless you’ve been in the military yourself, it’s probably best just to leave the acronym, “PTSD” out of the conversation. Instead, I’ve had individuals ask me things like, “Hey, I’m doing some research on mental health and the military, would you mind if I asked you some questions about mental health?” In my opinion, this is a much more appropriate way to let someone know that you are interested in talking about a sensitive topic.

While these five questions are certainly on the extreme end of the spectrum, bringing them up not only helps to shed some light on the small PLNU student veteran community, but it also serves as an icebreaker for the larger conversation about how to bridge the gap between veterans and non-veterans. I can’t speak for all veterans, but most of us are happy to share our stories, talk about the military or answer questions. With that being said, don’t be afraid to ask us questions, and difficult ones at that — but be mindful of how these questions are asked.

Got FOMO? Flex Has You Covered
The Start of Something Not That New