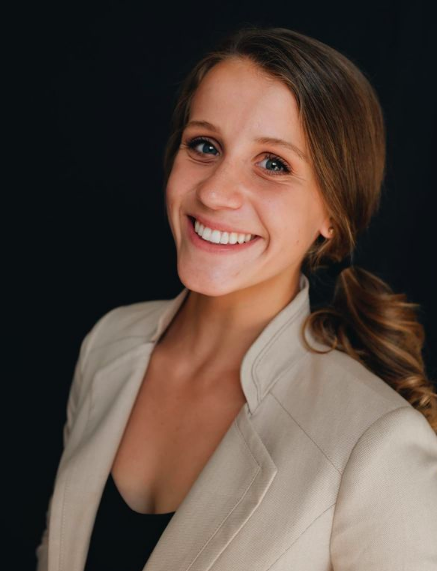 Ella Malone, a Dallas, Texas native and a junior marketing major, is the newly elected 2021-2022 president of the Associated Student Body at Point Loma Nazarene University.

Despite growing up in Dallas, Malone’s family moved to Washington D.C. after her freshman year at PLNU. She has seven siblings and is the third oldest child. She admits it’s a lot, but that it’s fun to be a part of a large family because there is always something happening at her house. Malone said her family is into sports, music and activities of any sort.

“That’s been interesting to go from Southern California culture during the school year to go home over the summer to the wildly different East Coast where it’s a super driven and very formal environment,” Malone said in a Zoom interview with The Point.

She is currently into art, watercolor, photography and interior design.

Outside of being a student and the next ASB president, Malone said her friends would describe her as the mom of the group who keeps things organized. She added that her friends would say she’s first seen as quiet but as you get to know her, her quietness lessens and she can have a good time.

“I feel like everybody is always surprised by the things or activities I do on the side, like you could see me as a school person but I love the outdoors,” Malone said. “I love skiing and I tried skateboarding on a longboard this semester, which I won’t say is my newest passion. It’s not something I’m good at yet.”

Malone’s freshman year at PLNU was hectic as she took a full course load and worked 20 hours a week.

Rather than admitting she was lonely, Malone said she got busier and busier.

“I’d say no to things I was invited to. The real reason was because I was scared and I didn’t want to put myself out there,” she said.

Reflecting on her campaign theme of kindness and the feeling of being unseen her freshman year, Malone said even though there were great people around her and she was welcomed, she wasn’t in a place then where she was able to take advantage of the opportunities around her.

“I believe that my experience feeling out of place at certain points during freshman year made me pay much closer attention to the real feelings that students often try to hide,” Malone said in a follow-up email to The Point.

Malone said throughout her last two years working as a freshman Resident Assistant, she’s come to understand how many students at PLNU feel excluded and out of place for much deeper and more significant reasons than simply not feeling “cool” enough as she did.

According to Malone, as a Christian school PLNU should be a place where everyone is seen, listened to and valued, no matter how different their backgrounds and experiences seem.

“I’ve never tried to modify who I am to fit. I know who I am and what I like to do and that hasn’t changed,” Malone said.

Throughout her public statements and speeches during the ASB election, Malone said she made it clear that one priority as president would be to continue trying to add the ASB director of diversity and inclusion position. This position was sent to the student body for an approval vote in March 2021, but did not receive the two-third majority needed to pass.

“That’s the only specific action that I’ve said I’m taking, because other than that, I have a lot of goals and things that I want to do that are much mushier. Like kindness, kindness is mushy,” Malone said.

She said there’s more work to be done as to what the director of diversity and inclusion position will look like and how it will function, but added she isn’t the expert on the matter.

“I need help from a lot of different populations on campus. My goal for this upcoming year would be to develop those relationships so I can get input from people who know way more than me or who have a different perspective,” Malone said.

However, creating or passing a new ASB director position isn’t the ASB president’s decision, Malone said. As president, she can ask students if they want to add a new position, but the decision is ultimately up to students’ votes. Malone hopes to have clear and consistent communication with the student body regarding the position and what needs to happen.

“I think we’ve been able to learn from a lot of the work that the current board of directors has done. They’ve done an excellent job so far. I think a lot of people feel like it was incredibly discouraging that the position wasn’t passed,” she said.

However, Malone explained that as she’s learned more about it, it’s rare for a new ASB position to be formulated and passed in the same year. According to her, planning a new position can happen in one year, but it could take another year or longer until it becomes established.

Prior to committing to PLNU, Malone applied to a lot of different schools.

“It wasn’t always going to be PLNU. I had a couple friends who went here and because there are a lot of Californians who moved to Texas, I also knew several people who went to PLNU,” Malone said.

From hearing that the university was on the beach and applying to several schools already, Malone thought why not check one more box on the common application.

“I ended up visiting [PLNU] and I feel like the campus visit really does it. I feel that’s the case for many people. And more than just the campus being on the ocean and being really pretty,” Malone said. “People here are different. There are more relationships that you can see here by walking around campus and by the way people interact with each other. It’s a lot more interconnected.”