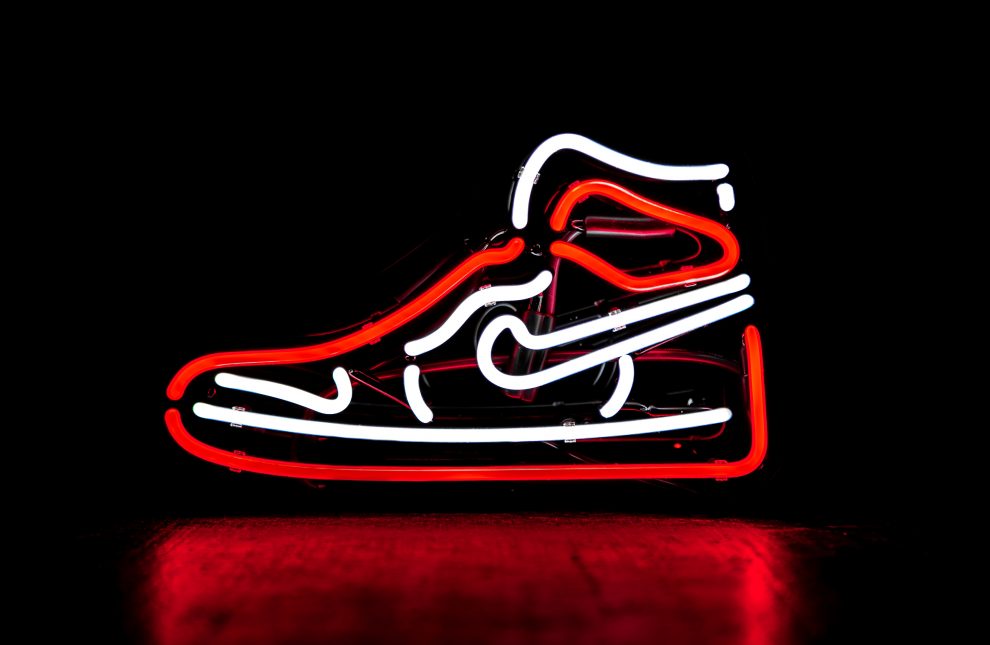 Fashion brands throughout history have used biblical figures as influence for their products. Recently, Lil Nas X produced “Satan Shoes” (see photos here) in collaboration with American art collective MSCHF (pronounced “mischief”). Since the shoes’ release, the rapper has been raising hell as his fashion piece has been condemned by political figures and celebrities. This experience showcases what can possibly happen when a fashion brand steps into controversy due to using a biblical figure in their designs.

“Art expression, whether on paper, canvas or clothing is a method that can be used to better understand your subject,” wrote the Point Loma Nazarene University alumni.

Sage explained there is plenty of emotion involved in creating art. Using her degree in fashion merchandising, she has experienced that emotion also connects with religion and faith exploration.

“That’s why they go together so well,” she wrote.

The “Satan Shoes” include satanic symbolism on the modified Nike Air Max 97 sneaker. The shoe consists of a red and black design, a bronze pentagram strapped in the shoelaces, the Bible verse Luke 10:18 on the side and a droplet of blood mixed with the ink that fills in the air bubble of the shoe.

This is not the first time the Brooklyn-based company has produced a shoe focusing on a religious figure.

In 2019, ABC7 News reported MSCHF produced “Jesus Shoes” (see photos here). The same modified Nike Air Max 97 consists of a blue and white theme, a miniature crucifix, the Bible verse Matthew 14:25 on the side and holy water from the Jordan River that was blessed by a priest in the soles of the sneaker.

Only the “Satan Shoes” have been filed for a lawsuit by the athletic brand Nike.

CBS News reported on April 1 that a U.S. District Court in New York approved Nike’s request for a temporary restraining order against the company MSCHF. Nike’s lawyer argued that the confusion for the brand’s involvement with the sneaker had led to customers boycotting the athletic company, damaging their image and reputation. The court order states that MSCHF cannot send out any shoes to the public. Unfortunately for Nike, out of the 666 pairs of “Satan Shoes” produced, all but one was sold and sent to their customers.

On the same day, MSCHF released a statement on their website defending their products. They state that the “Jesus Shoes” and “Satan Shoes” are speculative artworks created to start a conversation — the conversation being what happens when you combine celebrity collaboration culture and brand worship with religious worship into a limited edition line of art objects.

“We believe it is better to make art that participates directly in its subject matter; it is stronger to do a thing, than to talk about a thing,” wrote MSCHF in the statement on their website.

Several days later on April 8, the Wall Street Journal reported that MSCHF agreed to settle the Nike lawsuit by offering to initiate a voluntary recall to purchase the shoes back from buyers.

The Wall Street Journal reported in the same article that MSCHF’s lawyer, David Bernstein, is thrilled with the results of the court case.

Bernstein informed the Wall Street Journal that the “Satan Shoes” made by MSCHF were produced to make the statement that is indicated on the company’s website. Because of the publicized lawsuit, their statement was able to reach communities across the globe, much farther than MSCHF expected, admitted Bernstein.

Sage believes that art is not supposed to agree with everyone.

“Because art is a form of self expression and communicating how you see the world, there is always someone out there to disagree with you,” wrote Sage.

Sage explained that this situation all comes down to branding.

She wrote, “By using Nike’s logo, it is claiming to make a statement that Nike does not condone and did not approve of.”

Consequence to this, the athletic brand is within their rights to file a lawsuit against the producers of the “Satan Shoes.”

Sage added, “If MSCHF wants to produce a shoe as a method of artistic expression or to make a statement, they can do it with their own name.”

At this time, “Jesus Shoes” have not been taken to court unlike it’s reverse product, “Satan Shoes.”

“Religion is a huge part of this world’s culture, in all its forms,” wrote Sage. “It will always have a place in art, including fashion.”

The Next ASB President and Her Goals
The Great Commission vs. The Great Transmission: Christian Group Continues Evangelism Amid COVID-19