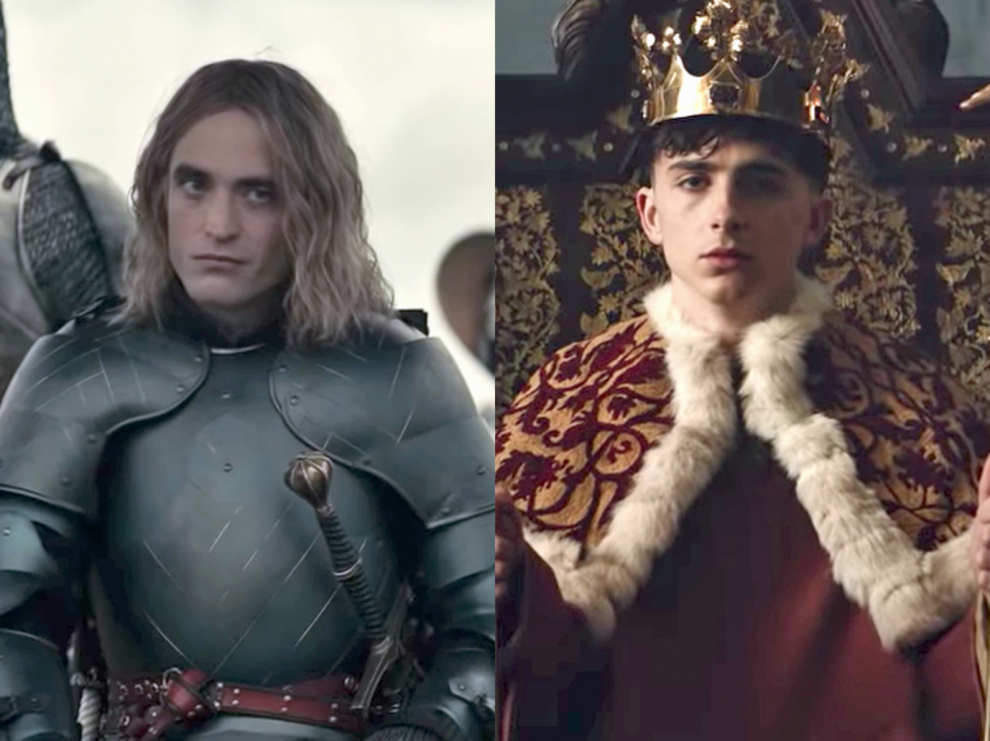 Ushering in the beginning of Oscar season, Netflix has released a cinematic retelling of Shakespeare’s famous “Henriad” plays attributed to the life of King Henry V of England simply retitled “The King.” Directed by David Michôd and starring Timothee Chalamet as the titular character, the film is loaded with excellent performances, strongly crafted visual style and an ambitious battle scene. Unfortunately, the film feels lost in its direction

Drawing from the historical and theatrical source material, the film is torn between what it wants to be and never seems to find a compromise. At times it runs like a great cinematic drama with its wide panning shots, tight editing and camera work and grandiose sets, but then it cumbrously transitions to scenes straight out of a stage play at the Old Globe, creating a clash in a narrative style.

Robert Pattinson’s caricatured performance as the Dauphin of France is very characteristic of Shakespeare’s style with flamboyant dialogue, extravagant stereotypes and farcical attitudes. But, nothing else in the film reflects that same atmosphere. I enjoyed the campiness of his performance but its lack of cohesion with the rest of the film reflects poor directing.

Contrarily, the main character King Henry V, portrayed by Timothee Chalamet, is well flushed out, well-acted and consistently central to everything in the film. The actor’s serious and convincing portrayal of King Henry is likely to draw some nominations for the actor during awards season, but I cannot say the same for the other characters.

Despite having a run time of 2 hours and 20 minutes, practically all of the supporting characters lacked development presumably being sacrificed to focus on the plot and our main character. With the freedom of having a Netflix release, the creators of the film could have benefitted from a longer run time to flush out more side plots and B stories while expanding the depth of its characters. The movie chooses to play it safe and limit their own time — which feels detrimental to me.

Unfortunately, this movie also comes out a little too soon after Netflix’s last medieval action-drama, “Outlaw King” released in September 2018. The unfurling of the plot and the visual style were identical between the two, though “Outlaw King” is just as guilty, imitating the same stylistic elements as Mel Gibson’s acclaimed “Braveheart”.

I felt that the film had a lot of heartfelt effort emanating from the performances, creativity and production. Despite being flawed and possibly rushed, I did enjoy the film and I was very entertained throughout its entirety. Being on such an accessible platform I would recommend this movie to anyone passionate about History or Shakespeare’s work.