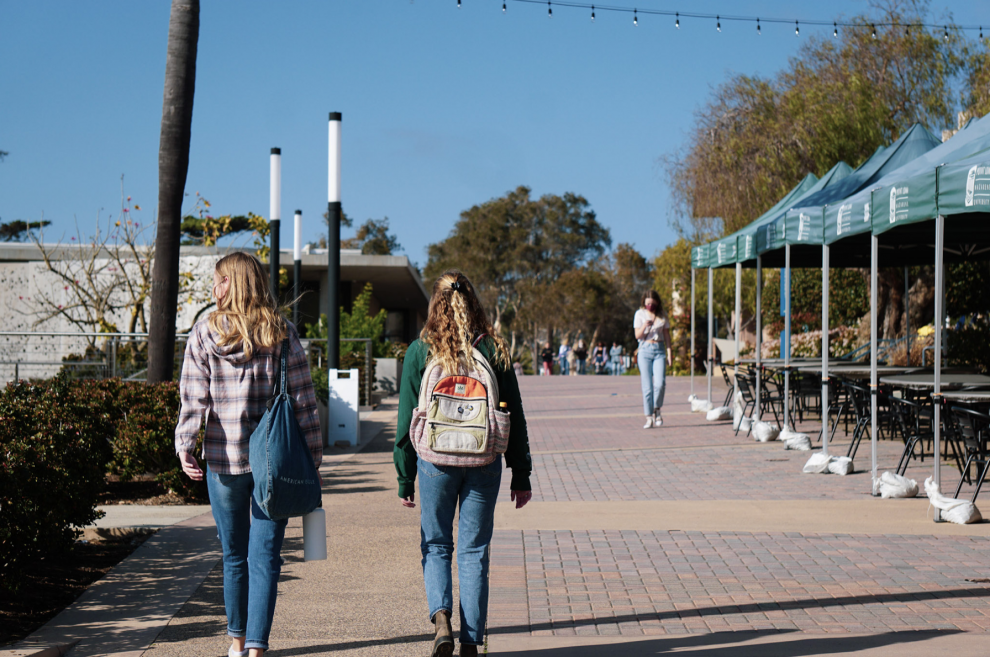 The time of choosing classes for next semester is here. A lot of factors can go into choosing which classes one registers for including when the class will meet, if the class is interesting and who teaches the class. Unless students come to Point Loma Nazarene University with transfer credits, they are required to take certain Foundational Exploration (FE) courses – formerly known as General Education.

In order to help students decide which section of these courses to take, the website ratemyprofessors.com was created. Using student submitted reviews, this website rates professors overall on a scale of 0.0-5 and shows the difficulty of their courses on the same scale. The Point has taken this data from the website and compiled a list below of the highest rated professor for each FE course that is either unavoidable or an extremely common choice.

PSY 1001 is one of the easier classes when it comes to workload that is offered at PLNU. According to ratemyprofessors.com, professor Tim Hall is the highest rated with a score of 5/5 and a difficulty of 1.7.

Out of the eight professors offered for COM 1000, Kelly Togerson was the highest rated with a score of 4.8/5 and the lowest difficulty out of all the professors on this list with a 1.4.

This class has two solid options. The highest rated professor overall for this class is Wilson Ryland with a rating of 5/5 and a difficulty of 2.5. The runner up, Steve Rodeheaver, has an overall rating of 4.5/5 and a 2.4 difficulty, but has 58 total student submissions. The sheer amount of reviews may have contributed to the slightly lower score which is why Rodeheaver is also recommended for this course.

Ryland is also teaching this course in Spring 2022 and has the highest score – same as above. Brad Kelle is the runner up with an overall score of 4.4, a 2.3 difficulty rating, and a total of 19 reviews.

Kamron Wilson, who took BIB 1002 with Ryland, said Ryland is a “good guy.” While Ryland’s lectures sometimes feel like sermons, according to Wilson, it wasn’t a bad thing. Wilson also warned that when taking one of these classes with Ryland you will end up reading all of either the Old or New Testament of the Bible, depending on which course you take.

Three professors teach this course in Spring 2022 and Robbie Maakestad was the only one rated on ratemyprofessors.com. Maakestad has one rating of 5/5 with a difficulty of 2.0. One of his former students, third year environmental studies and writing major Shay Schmida, said he is one of the most easy-going professors she has ever had.

“While his [Maakestad’s] classes aren’t exceptionally hard it will still challenge you with the content, readings, and assignments. He’s just an enjoyable professor to have,” Schmida said.

Professor Bill Wood has the highest score for this course with a 4.3/5 and difficulty rating of 3.8. On the other hand, the runner up, Jae Kim, has a rating of 3/5, while his difficulty is only a 2.7.

Paul Hadjipieris is the highest rated professor for this course with a perfect score of 5/5 and a difficulty rating of 2, however, there is only one rating submitted. The runner up, Kelli McCoy has 12 ratings, but still maintained a score of 4.5/5 and difficulty of 2.8. Wilson, who took one of McCoy’s upper division history courses, said on top of the regular qualities one seeks out in a professor, McCoy is passionate about her subject.

“She’s very personable and outgoing. She will always answer back if not immediately through emails if you ever have questions,” Wilson said.

While PLNU offers a selection of courses to meet the FE requirement of a foreign language, Spanish is one of the most popular choices. For SPA 1001, only two professors are offered for the Spring 2022 semester and since Beatriz Kosonoy is the only one with ratings submitted she wins by default with a score of 2.5/5 and a difficulty of 3.7.

This course has many options for professors, but less than half have ratings submitted. Out of the three that did have reviews, Scott Bennett was the highest rated at 4.2/5 and a difficulty of 3.3.

Why care so much about which professor you end up with? Schimda said she would rather take a hard class with a professor she liked since this professor would make even a hard class more enjoyable.

“A good professor makes it [a class] more interesting and engaging,” said Schmida.

By: Noah Harrel and Jordan Wall