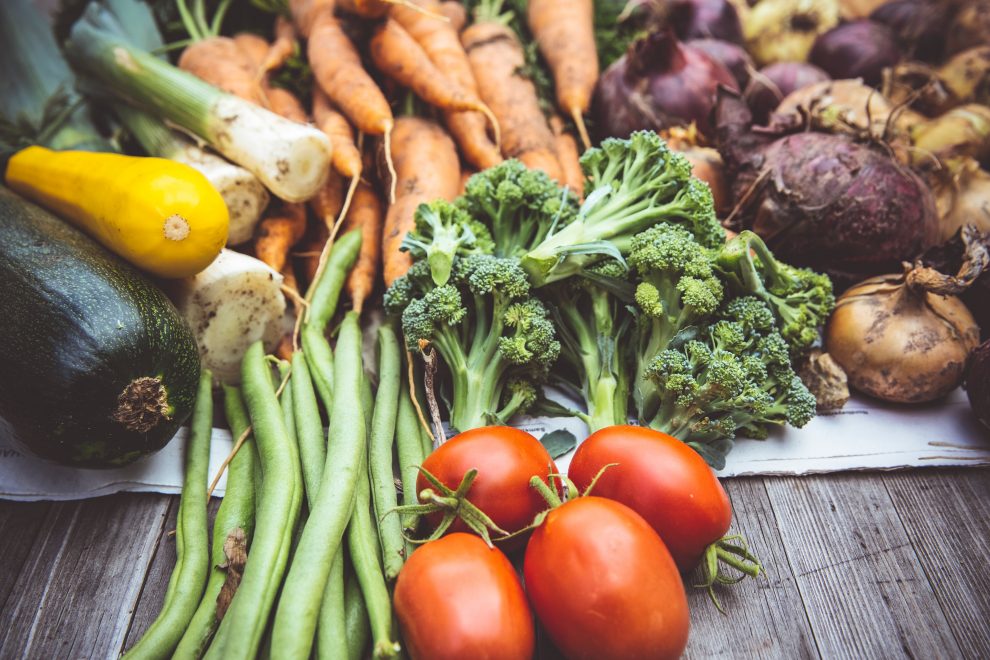 Disclaimer: This article talks about food and diets, and it is acknowledged that these subjects can be sensitive to some readers. The nutritional and dietary information on this site is not intended to be and does not constitute health care or medical advice. Please consult with a physician before making dietary changes.

A couple weeks back, I was spacing out in my New Testament class while my professor talked about traditional practices people did in biblical times. One of my classmates asked, “So, how would people in the New Testament like their steak?” To which he responded along the lines of “They’d probably like their steak well done because the smoke that went into the air would be for God.”

Maybe it was because this class ends right before lunchtime, but I was intrigued to hear how people thousands of years ago ate and wondered if I could stick to their diet myself. This was when I stumbled upon the Daniel Diet, which centers around what the prophet Daniel would eat during his early days of exile in Babylon. This past semester, my diet consisted of the Caf’s food, way too much Chipotle and microwavable popcorn. I knew changing my diet would be a challenge, but I was up for it.

The diet is based on two specific passages in the book of Daniel:
“Please test your servants for ten days: Give us nothing but vegetables to eat and water to drink,” (Daniel 1:12).

“In those days I, Daniel, mourned for three weeks. I ate no choice food, no meat or wine touched my lips; and I used no lotions at all until the three weeks were over,” (Daniel 10:2-3).

Identified as a “purified vegan diet,” the regimen has the purpose of assisting individuals in getting closer to their Creator. Daniel refrained from eating foods that were considered impure because they were consecrated to idols and false gods. The diet highlights the purpose of eating foods that God created for humankind, sourced directly from the earth. Typically done for 21 days to imitate the three weeks that Daniel followed the fast, I neither wanted to nor knew if I could commit to avoiding Ben & Jerry’s for that amount of time. I concluded that testing out the diet for one day was most realistic for me.

While Johnson mentioned the foods that are allowed on the diet, LiveStrong.com further explains what foods can not be consumed.

A fear that some may have is whether the diet will be filling, but Johnson said, “While protein from animal products provides satiety (a feeling of fullness), fiber and fat also provide satiety.”

With all the foods in the diet having a strong source of fiber and fat, and with the diet promoting a whole food approach, satiety levels should be met even though there may be a lack of satisfaction from the lack of animal products.

What I Ate On The Daniel Diet

I started off my day with a bowl of steel cut oats, strawberries and natural peanut butter. Typically, peanut butter contains added sugars which are not allowed in the diet, so I went for organic peanut butter without the sugar. Meeting with my own nutritionist in the past, I learned steel cut oats are higher in fiber than instant oatmeal because they are not processed.

At lunch, I opted for two of the edamame nut salads from the Caf, which have a spinach base, edamame, an assortment of seeds and cranberries. Because many pre-made salad dressings contain preservatives, I decided not to get one for the sake of following the diet. I then got a side of brown rice, a separate container of edamame and mixed all ingredients together to make a rice salad bowl. The bowl was overall bland, which made me miss my typical lunch options that would not be “Daniel-approved.” Salt or adding a dressing would have made the bowl more tasty, but for the purpose of the experience and achievement of being satiated, I was content with what I made out of the limited options that follow the diet at the Caf.

For an afternoon snack, I went for natural peanut butter and two sliced apples. I used to have this snack a lot as a kid, and it was an interesting reminder that some common go-to snacks already follow a vegan lifestyle.

When it came to dinner, I went to the Caf and ordered two black bean burger patties without the buns to steer away from processed grains that are not allowed in the diet. This also increased my consumption of protein and fats. With the burger patties, I ate a garden salad without dressing or cheese. With all transparency, the black bean burger most likely includes added salts and other factors that do not align with the diet. On the Ultimate Daniel Fast website, a black bean burger recipe can be found which was what I attempted to replicate. I overlooked this aspect to make sure I got a proper source of nourishment in the day and to eat what was closest to being offered at the cafeteria.

As a post dinner pick-me-up, I ate a banana with some sunflower seeds.

For hydration, I stuck to water and drank from my Hydroflask. Avoiding caffeine all day was hard when it got later into the day as I am a self-proclaimed Diet Coke fiend. This was a helpful reminder that I should not be dependent on caffeine but rather good rest and proper nourishment from whole foods for the majority of my energy.

Throughout the day, I felt satiated and surprisingly more in tune with my body than what I initially planned. Understandably, following the Daniel Diet for the entire three weeks would bring confrontation and temptation with foods that are to be steered away from. Fasting is intended for people to overcome temptation and become closer to Christ which can be seen in Matthew 4:1-11. Additionally, I was pleased with the ability to find vegan options that both tasted good and left me feeling full.

There tends to be a preconceived idea that vegan food does not leave a lasting feeling of fullness, but with pairing food groups and leaning toward more nutrient-dense options, this issue can be resolved. For students looking for an alternative way to strengthen their faith or to test out veganism, I highly recommend trying the Daniel Diet.

It’s important to keep in mind that diets are not to be followed if not needed and there are benefits to eating animal products. Johnson said, “Anytime an individual focuses on including more plant-based, whole foods into their diet is a positive thing.”

Most Americans are not eating enough nutrient-dense foods like fruits and vegetables, and “robust data supports the benefits of plant-based foods improving health,” added Johnson.

It is important to keep in mind that diets can often become too strict and lead to disordered eating habits.

Johnson said, “My professional philosophy as a dietitian wouldn’t encourage a healthy individual to prescribe to a specific diet for any length of time [because] it is better to focus on what foods someone should include more or less of into their daily food choices rather than a strict diet.”