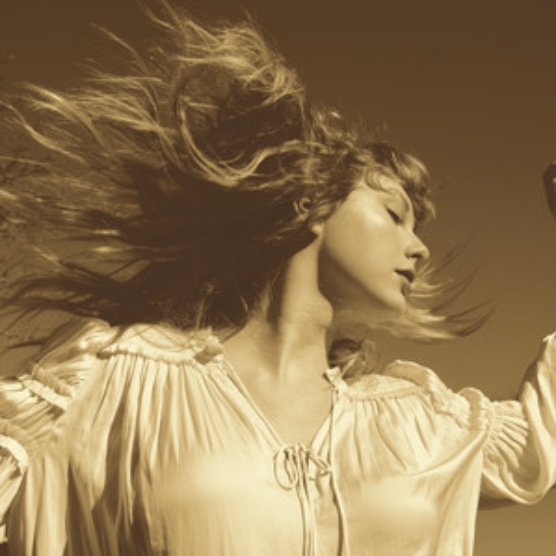 Calling all Swifties! Taylor Swift announced on Twitter that she will re-record and re-release her first five albums, most notably her second album “Fearless,” originally released in 2008. But this time around, it will be owned by the queen herself.

During her time with her old label, Big Machine Records, there were a lot of disagreements over the rights to her earlier master recordings. Swift asked to buy her rights, but CEO Scott Borchetta counter-offered, and she declined. At the same time, Swift planned to leave her label and sign with Universal Music Group. Unfortunately, the record label had other plans. Swift’s music catalogue was sold to Scooter Braun’s company Ithaca Holding, who soon teamed up with Borchetta.

In 2018, Swift signed a brand new flexible agreement with Universal Music Group allowing her to have ownership over her earlier and future master recordings. According to Vulture, Swift said, “ My contract says that starting November 2020…I can record albums one through five all over again.”

Her version of “Fearless” will have 26 songs including six never-before-released tracks written by Swift when she was a teenager. “Fearless Taylor’s Version” will be announced sometime in April.

The original “Fearless” was full of unrealistic romanticism, coming-of-age lyricism and naive ideas of being fearless while falling in love. Swift was known then as the youngest artist in history to have the year’s best-selling album. After selling more than 10 million copies and achieving multi-platinum status, Swift won several country awards for Album of the Year at the 52nd Annual Grammy Awards, the American Music Awards of 2009, the Country Music Association Awards and many more.

Earlier this year, Taylor released “Love Story Taylor’s Version,” a re-recording of her 2008 hit. Although it seems similar to the original, Swift’s voice sounds more mature than when she was a teenager. As I listen to the song, I remember singing “Love Story” with my friends repeatedly in high school, watching the iconic music video of Swift in her beautiful Juliet dress and trying to relive that fairytale. Swift’s brand new “Fearless” cover might give you flashbacks. She is shown wearing a “Romeo shirt” that resembles the one in her music video for “Love Story.” Her fan base quickly noticed and commented on Twitter, “She’s wearing Romeo’s shirt. She no longer needs a knight in shining armour, she’s her own knight in shining armour,” or “ She doesn’t need Romeo to come save her, she’s her own Romeo.” Swift is a role model to her fans — never giving up and standing up for her rights — even if that means fighting for her entire discography.

Swift is nominated for six categories this year including Best Pop Vocal Album and Album of the Year for “Folklore,” Song of the Year and Best Pop Solo Performance for “Cardigan,” Best Pop/Duo/Group Performance for “Exile” and Best Song Written for Visual Media for “Beautiful Ghosts” from Cats. The Grammy Awards ceremony will be on March 14, 2021. Her latest album, “Folklore,” debuted at Number 1 on the Billboard 200 and her single, “Cardigan,” also made the Billboard Hot 100. According to Indigo Music, this makes Swift the only female artist in history to reach these milestones simultaneously within the same week.

WandaVision: Marvel Begins a New Era
Out of the Glovebox: “How We Operate”