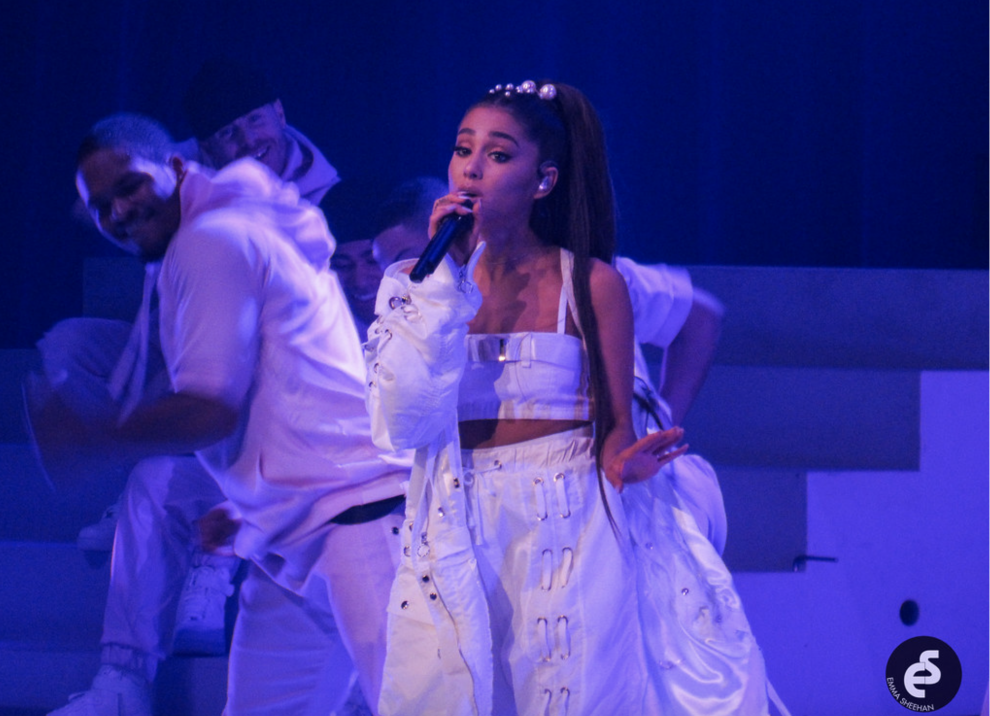 Ariana Grande’s latest album, “Positions” showcases Grande’s signature sound while experimenting with new features. With featured artists like Doja Cat, The Weeknd and Ty Dolla $ign, Grande seems to push her style aside, as the tracks reflect much of the other artists’ tastes. It represents a versatility Grande undoubtedly has, but doesn’t always showcase.

On first listen, I wasn’t impressed. The tracks felt too similar and the beats seemed reused and recycled — that’s good for plastic cutlery, but sad for my tunes. However, the year 2020 infused me with either an immense sense of optimism or a drastic increase in free time (take a wild guess which one), so I gave the album a second listen while I pretended to clean my apartment but really only stared at my plants.

Turns out the second time’s the charm, or maybe I just really like my plants. The first time around, I expected much of Grande’s signature style, and I wasn’t paying close attention to the lyrics. On second listen, I noticed how the lyrics throughout “Positions” are grittier than her other albums. Both the lyrics and instrumentals are a little less sparkly and slightly more sophisticated. While I don’t think this album produced as many pop anthems as Grande’s previous releases, she still shows off her strength as an artist in the music industry.

A personal favorite track is “34+35,” which is currently at more than 49 million Spotify streams. The song is light and energetic, similar to the sound of Grande’s 2019 album “thank u, next.” Another personal favorite is “motive.” Featuring Doja Cat, this track was created by a female power duo, for female power duos, and demands to be listened to with your best friend. Besides questioning the motives of our would-be love interests, this song is relatable simply because these two friends have an undeniable uniqueness in collaborating. Doja Cat’s sound is so individual, and combined with Grande’s vocal power, the track is fun, smooth and refreshing.

Another feature, this time by The Weeknd with “off the table,” was sultry and smooth, which is a signature of The Weeknd’s work. Listening to it felt more like Grande was the featured artist instead. True to the namesake, listening to the track felt like…a weekend…so I took that as justification to avoid all work for the rest of the day. Thus, 10/10 recommend giving it a listen.

The tracks “my hair” and “west side” remind me of the days my roommate and I sat on the floor in front of our mirrors, putting on makeup before we went out. Ah, the days when we left the house — what a dream.

I suppose this is all just my very long-winded and dramatic way of saying Grande remains firmly on her throne. Above this hypothetical throne is a hypothetical golden plaque that reads: “My music is the ultimate soundtrack for hyping you up before you go out.” Alas, COVID-19 dictates a drastic decrease in the going out part, but the new album is still fire, and that is all.

Is This What the Kids Listen to These Days?
GI Film Festival Brings Together Veterans, Raises Community Awareness