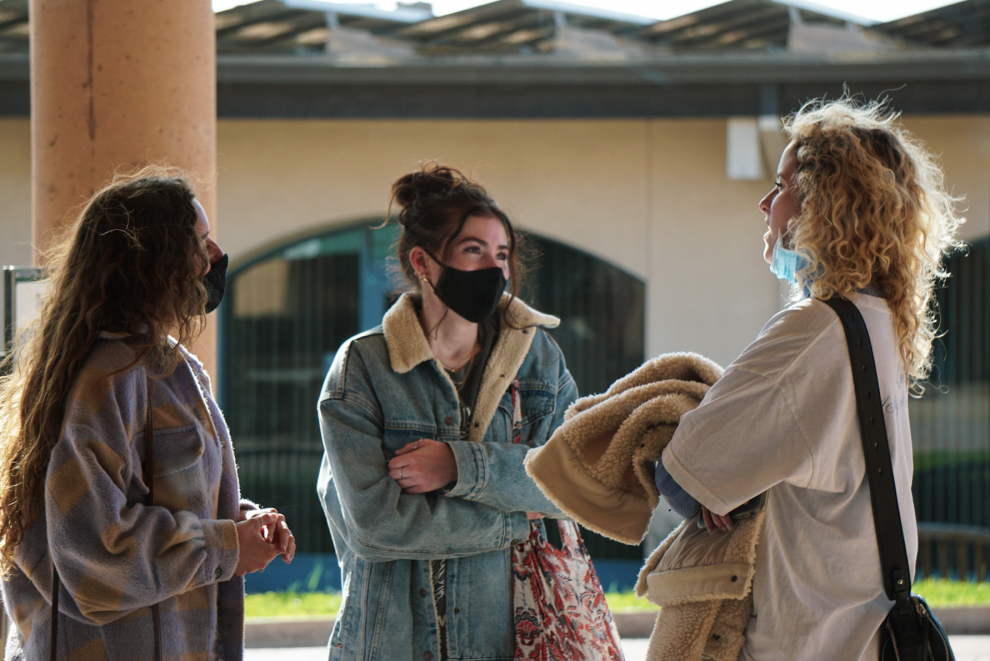 This past summer with Black Lives Matter protests happening across the country and locally in the city of La Mesa, PLNU faculty addressed racism and discrimination by creating the PLNU Collective on Anti-Racism. With an increase in hate crimes and violence against the Asian-American/Pacific Islander (AAPI) community, the collective stated on their website, “We wrestle with significant questions, challenging, testing and evaluating them, as we build knowledge, and hopefully wisdom. The work of anti-racism is complex and difficult. This year, the university formed the Collective on Anti-Racism to call the PLNU community to reflection, accountability and change.”

In addition to hate crimes that happened in Atlanta on Mar. 16, there were reports of hate crimes locally in San Diego. The California-based advocacy organization Stop AAPI Hate reported 42 racist acts against AAPI citizens in San Diego during 2020.

President Bob Brower highlighted the collective in an email sent to students and faculty on Mar. 17 regarding the hate crimes in Atlanta. The email said, “We denounce these acts. The work of the collective is ongoing, but I would call each of us to reflect on the Statement of Inclusivity and Commitment to Anti-Racism developed through their work.”

In an informational video, Loma Talks: Leaning Into Anti-Racism, An Ongoing Journey, posted on Feb. 19, various members of the collective shared that there are groups within the collective assigned to different tasks fostering inclusion.

Kami Leone, a representative from the Undergraduate Studies Classroom Working Group, said the Classroom Working Group is “curating a list of courses that specifically deal with issues of racism and anti-racism, this way when a student has a desire to learn more on specific issues of racism and what they can do to work towards anti-racism, they’ll have access to a list of courses they can enroll in right here at PLNU.”

The Classroom Working Group has not released the list, but Leone said they expect to make it available by the end of this semester.

White nationalism, racism and more recently, the shootings in Atlanta, are topics impacting students, but they are not necessarily being discussed in classrooms. PLNU students responded to a yes/no question via Instagram poll: “Have any of your professors addressed the hate crimes that happened in Atlanta during class?” 82% of PLNU students who participated said no, while 18% said yes.

To address the lack of conversations around this issue, the Asian Student Union (ASU) at PLNU hosted an open discussion on Anti-AAPI Sentiment on Mar. 31.

“At the meeting, many AAPI students, faculty and staff members attended and everyone was able to connect and grieve with one another,” said ASU President Ivy Tran.

Tran said President Brower’s statement was timely and necessary. She said, “I really appreciate him addressing the topic because many other schools have not even mentioned it. I think that this is the step in the right direction in promoting Anti-Racism at PLNU.”

When asked about the collective’s involvement in school-wide events like the one hosted by ASU, Tran said “As far as I know, the Collective on Anti-Racism is not an organization that puts on ‘events’ but instead, they are a group committed to making PLNU inclusive.”

Another event similar to the ASU open discussion called Unholy Union: Christianity and White Nationalism started up Mar. 26. The event was sponsored by The School of Theology and Christian Ministry, the Department of Sociology, Social Work and Family Sciences, the Department of History & Political Science, the Office of Diversity, the Center for Justice and Reconciliation and the Office of Spiritual Formation. However, much like the ASU event, Leone noted “As far as I know, the collective is not associated with [Unholy Union: Christianity and White Nationalism].”

However, she said individual representatives from the collective are contributing to the event.

Despite being a relatively new organization, Tran sees the collective as a step in the right direction.

“Our faculty advisor [Professor Jimiliz Valiente-Neighbours] is actually a part of the team that is developing the Collective on Anti-Racism. I feel like [the collective] will be an important factor within PLNU’s future,” said Tran.

According to Leone, the groups within the collective are discussing how they can move forward with inclusion and education in mind.

“We talk about our ideas. A lot of our ideas are spreading knowledge, getting people more engaged. We have big dreams of getting resources to faculty, staff and students who want to learn more,” Leone said. “We’re working deeply on developing these resources for our faculty. We would like to create a resource center for people to just learn more.”

The collective outlined some of its objectives on their website: the Student Life Group is working on an incident reporting form, the Common Language and Common Goals group is developing a university-wide glossary of terms to inform the PLNU community and the Hiring and Training Group is providing instruction to staff to address bias in the workplace.

The website states, “This is also long-term work. It can not and should not be a limited-time exercise. It must be intentionally woven into our day-to-day actions, conversations, and operations. This will take time, and it will take all of us.”

“While we’re still in somewhat of a formative stage, we are seeing a lot of fruit from our formation,” Leone said. “I am so excited for the direction and where everything is going. It is not one of those things that is losing steam, it is only gaining momentum.”