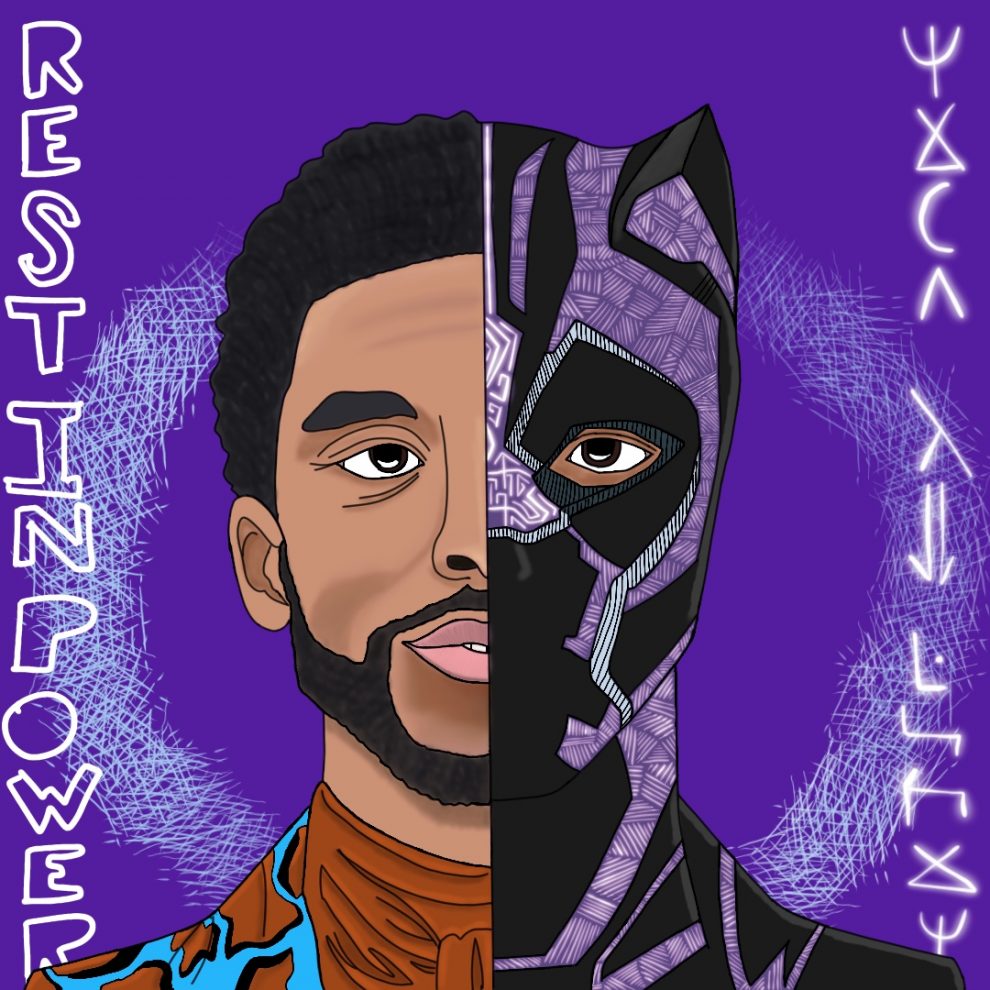 On August 28, the world lost an actor who epitomized versatility, was an icon in the Marvel Universe, and a panther who, through the actions of his character King T’Challa, reminded us we have a “responsibility to the world to be a beacon of light.” From his portrayal of Jackie Robinson in “42” to King T’Challa in “Black Panther,” many audiences were moved by this man and the film roles he portrayed. Chadwick Boseman’s passing was due to a four-year battle against colon cancer amidst filming and acting. The resiliency throughout his fight is best seen in his final film “Da 5 Bloods” with an extraordinary performance.

The biographical sports film “42” about baseball legend Jackie Robinson holds particular importance because the only other person who played Robinson in a film before was Robinson himself. In the same year, Boseman also played James Brown in the biopic “Get On Up.” David Sims from The Atlantic wrote, “Boseman played one of the 20th century’s most famous athletes and one of its greatest singers within a single year, and had given two performances that could not have been more different.”

In addition to these two roles, Boseman played Thurgood Marshall, the first African American Supreme Justice in the film “Marshall.” When looking at the impact on cinematic history, Variety reported “Black Panther” was the highest-grossing superhero movie in the U.S. during 2018.

In an interview with Sims, the director of “Da 5 Bloods,” Spike Lee, explained his thoughts in casting Boseman: “Here’s the thing for me. This character is heroic; he’s a superhero. Who do we cast? We cast Jackie Robinson, James Brown, Thurgood Marshall, and we cast T’Challa!”

In a 2018 interview with USA Today, Boseman said that both on and off the screen these films are not just a means of escaping our current reality, but “a cultural moment that is happening right now. We’re not remembering breaking the color barrier or how funk was created. We’re living this.”

At PLNU in 2019, Professor Dean Nelson interviewed the author of the Black Panther Marvel Comics, Nnedi Okorafor, at the Writers Symposium By the Sea. Okorafor described the results of her creativity as “becoming part of the fabric” in the larger community of artists. I would like to think Boseman is woven into this same fabric with the history of the Black Panther and all the films that portrayed and promoted black history. Wakanda forever.

Tenet Review and the Return of the Drive-In Movie
Finally, A Percy Jackson Adaptation Book Lovers Can Get Behind