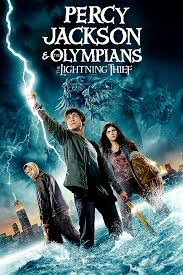 If you ever read the Percy Jackson series and compared it to the movies, you understand why Rick Riordan, author of the Percy Jackson books, detested the movies so much. “Percy Jackson & The Olympians: The Lightning Thief” was published in 2005. Many kids from the 90’s and early 2000’s grew up reading these books and loved them. When the movies epically failed to stay true to the PJO books, fans were angry. However, in a recent Instagram post, Riordan shared that the books will be adapted into a Disney+ show.

But, let’s start with the drama. In 2009, the Percy Jackson and the Lightning Thief movie was still in the early stages of production. Although Riordan signed away his rights to the PJO books, the production team still wanted his creative input.

In 2009, Riordan wrote a letter to the production company, 20th Century Fox, in response to the movie script the production team let him see. The first few paragraphs of the letter seemed pleasant and Riordan gave some positive feedback. However, that quickly changed. According to the letter on Riordan’s website, he wrote “I was plunged into despair at just how bad it was.”

Because of how he viewed the scripts, Riordan never actually saw the movie.

Later on in the letter, Riordan details what he saw wrong with the script. He claimed it deviated from the target age group and tried to appeal to a teenage audience. Riordan also noted the structure was very different from the book and didn’t make sense, and the writing featured none of Percy’s lovable humor. Overall, he saw the script as undeveloped, not finished and not enough like the books. In these letters, Riordan claimed if the production company didn’t make some changes, the movie would lose the fans that love the books.

However, the production staff at 20th Century Fox didn’t listen. Like Riordan predicted, the movies didn’t do as well as they hoped. According to boxofficemojo.com, “Percy Jackson & the Olympians: The Lightning Thief” made about $226 million globally from the box office and they had a budget of $95 million. Even though they technically made money, it wasn’t as much as they hoped. In comparison, “Harry Potter and the Sorcerer’s Stone” made more than a billion dollars globally in the box office.

To be clear, Riordan doesn’t blame the actors who starred in the movie. In a tweet from June 8, 2020, Riordan wrote, “I certainly have nothing against the actors. Not their fault. I’m just sorry they got dragged into that mess.”

In fact, many of the movie’s stars, including Logan Lerman who played Percy, wished Riordan and the beloved book series better luck this time around. In a tweet from May 14, 2020, Lerman said, “Excited to see this! Hope it gets the adaptation the book deserves. Congrats @rickriordan.”

Although the movies tanked hard in Riordan’s eyes, he is hopeful the new Disney+ adaptation will do better. For this adaptation, Riordan is heavily involved—he’s even writing the show’s pilot episode. Additionally, on his website, he points out that if this new adaptation starts to veer away from the books and their message, he will walk away, leaving Disney with a warning.

He wrote, “I have no desire to go through my first experience again and see the same results. If I felt like that was going to be the case, I would have to stay away from the project completely.”

Well, let’s hope they get it right this time around.