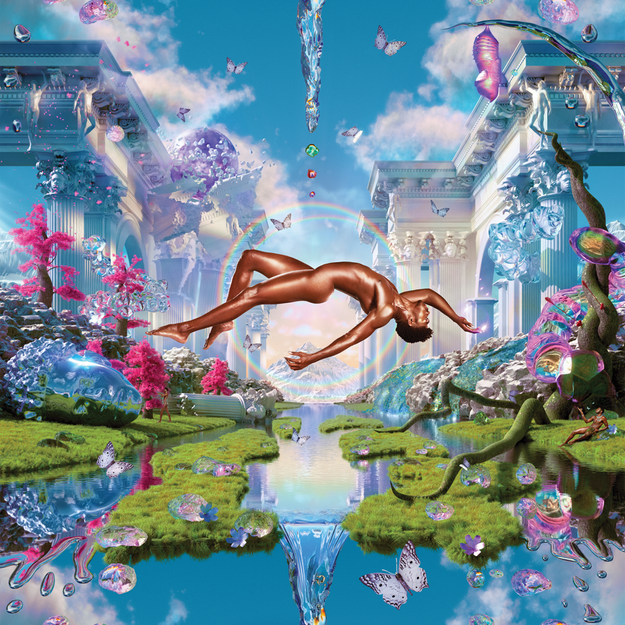 “MONTERO” is no masterpiece. On the surface it is the product of a major record label, meant to sell radio hits and streams. Lil Nas X is currently at the forefront of pop culture, and his music videos and online persona continue to make the front cover of tabloids and internet stories. His massive hit “Old Town Road” shot the unknown SoundCloud rapper to superstardom and the essence of that person, wrapped in the shell of fame, shines through on this album and elevates it from big label product to art. Amidst the lackluster features and bloated production, Lil Nas X pulls off a fun, catchy batch of songs.

I’ll start with the bad. Lil Nas X’s voice is so layered and drowned in so many effects that he sounds like Shawn Mendes singing through my phone. The features on this album are only there for marketing and positive market research, evident by the total lack of chemistry with Lil Nas X. “ONE OF ME” is a good song, the lyrics and delivery from LNX are solid and the melody is an earworm, but Elton John’s piano feature is unremarkable and buried in the mix for most of the track. Doja Cat and Megan Thee Stallion deliver some of the most uninspired verses I have ever heard from either of them, and Miley Cyrus sounds as if she’s singing through a tin can.

Another problem is the production and mixing. The production team really dropped the ball on this one. The thick layers of synths and percussion are muddled and unclear, causing instruments to overpower each other and bury important facets of the song. “LIFE AFTER SALEM” is probably the worst culprit of this; the synths and drums are layered to the point of distortion and I can’t make out half the melodies and instrumental flourishes. It’s just a blob of sound, assaulting my ears in a muddled mess.

That being said, there are a lot of things I liked about the album. The title track “MONTERO” and it’s accompanying music video were iconic and reminded me of the kind of cultural waves that Michael Jackson or Madonna would make. “INDUSTRY BABY” and “SCOOP” are silly and fun like “Old Town Road,” and what I admire most is how Lil Nas X is able to add his style and charisma to all his songs. He’s also good at sharing his insecurities amidst the fun songs. The themes on “ONE OF ME” and “DON’T WANT IT” revolve around him struggling with his new found fame and his battle with imposter syndrome. His diary-like vulnerability and his dynamic dance hits contrast with the influence of mediocrity imposed by the record label that could have overpowered the album. He saved what could have been a bland and money grabbing record label venture like the last three Imagine Dragons albums.

As Lil Nas X’s debut studio album, “MONTERO” had a lot riding on it. It’s a fun and competent record that solidifies Lil Nas X’s status as a pop super power and sheds any illusions that he is simply a one hit wonder. I look forward to what he comes up with next but “MONTERO” will keep me satisfied for a long while.