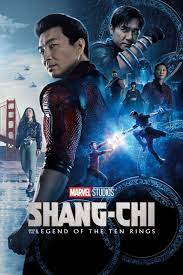 “Shang-Chi and the Legend of the Ten Rings” directed by PLNU alumni, Destin Daniel Cretton, was the first film to feature an Asian hero in the history of Marvel Studios. Humor-filled, with spectacular fight scenes and a great cast, “Shang-Chi” delivers a delightful marvel experience.

Simi Lu plays the titular character Shang Chi, a 20-something year old in San Francisco. While trying to live a normal life working a minimum wage valet job, Shang Chi is forced to confront his past when his father, the leader of the Ten Rings, forces his son and sister Xialing (Mwng’we Zhang) on a mission to find their mother’s village.

I went in with no knowledge of who “Shang Chi” was –  I did, however, know that half the cast of “Crazy Rich Asians” was featured with actors like Awkwafina, Michelle Yeoh, and Ronny Chieng – but I ended up loving it because the scenes were deeply intentional. Each character’s personality was explored through their individual background, and it paid off during the epic fight scenes.

A major theme of this movie revolves around the culture of Chinese Americans. For the first few scenes of the movie, Chinese American culture was considerably represented and respected. Shang-Chi lives in America under the name “Shaun” and this reality of immigration hit home with many audience members. According to USA Today, “Many Asian Americans can relate to the confusion that comes with having two names: their Asian one is seen as “too inconvenient” while an “American name is meant to better suit English speakers.”

Marvel offered a respectful depiction of a traditional Chinese and/or Asian family culture with authenticity and mindfulness.

And yet the movie lacks in certain ways. For instance, they lean heavily into the stereotype of always having to surround Chinese people and Chinese Americans with Kung Fu masters and the “power of the dragon.” While there is nothing explicitly wrong with that, it seems like the obvious stereotype that is often used throughout films. For instance, classic films like “Kung Fu Panda,” “Karate Kid,” and “Rush Hour” overplay this stereotype. Also, the lack of advertising for this movie might have caused the audience to question if Marvel Studios was truly interested in making history or just felt the need to cast a diverse movie and cross off another culture.

According to CNBC, “Shang Chi” is the “second highest opening for any film released during the pandemic and tallied another $56.2 million in ticket sales for their domestic opening.”  According to Rotten Tomatoes, the film was given a score of 92% by critics and 98% by audience members. The critics consensus was that “‘Shang-Chi and the Legend of the Ten Rings’ isn’t entirely free of Marvel’s familiar formula, but this exciting origin story expands the MCU in more ways than one.” And the audience said, “‘Shang-Chi’ covers new cultural ground for the MCU without losing any of the action, comedy, and emotion Marvel’s movies are known for.”

Overall, I thought this movie was amazing and funnier than expected. I recommend this movie to any Marvel lovers or anybody who wants to get a laugh out. Get ready and grab your popcorn to enjoy the first Asian-American Marvel superhero! Don’t forget to stay till the very end after the credits to see what happens next…