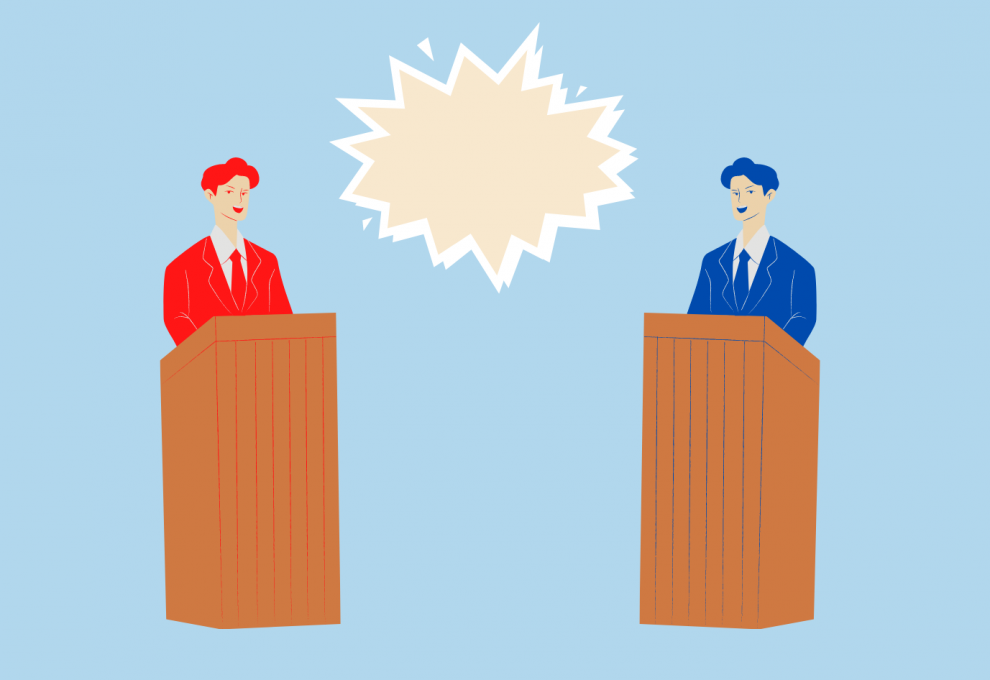 Students from the debate team, PLNU College Democrats and PLNU Young Americans for Freedom shared their thoughts on the Tuesday, Sept. 29 presidential debate. The Point asked each student a single question.

Who do you think won the first debate and what is one reason why?

“Biden won, but just barely. All Biden had to do to win was appear sharp and articulate, especially in light of all the controversy surrounding his mental fitness and age. Trump too often pounced on Biden when he was answering a question, making it seem like he was always on the defensive. Who won and who lost was completely obscured by the circus of the debate itself.” – Christian Aguayo, vice president of PLNU Young Americans for Freedom

“I think that Joe Biden won the debate. Not only did he actually follow the pre-agreed upon rules, but his opponent also failed to denounce white supremacist groups, which was the wrong strategy.” – Maggie Valentine, president of PLNU College Democrats

“There was no winner last night. The American people have lost to a corrupt system that put two morally bankrupt elderly men on that stage to yell at each other. Trump showed his hand more than usual, but no positive points were made either way.” – Nathaniel Arroyave, PLNU debate team member

“As a Trump supporter, I will be the first to say both candidates need severe work moving forward on their campaigns, as does the moderator in ensuring a non-biased agenda. There is no evident winner of the first debate, but I take the side of President Trump, seeing that he stood with his base and campaign ideals.” – Hannah Nelson, president of the PLNU debate team

“The core of true debate is to listen to, address and rebut each of your opponents points effectively. This cannot be done when neither candidate is able to articulate their point, uninterrupted so that a substantive refutation can then be made.” – Caleb Klubben, former PLNU debate team member

Surf Studies Program on the Horizon at PLNU
In Memory of Ryan Botts: A Professor, Colleague and Friend