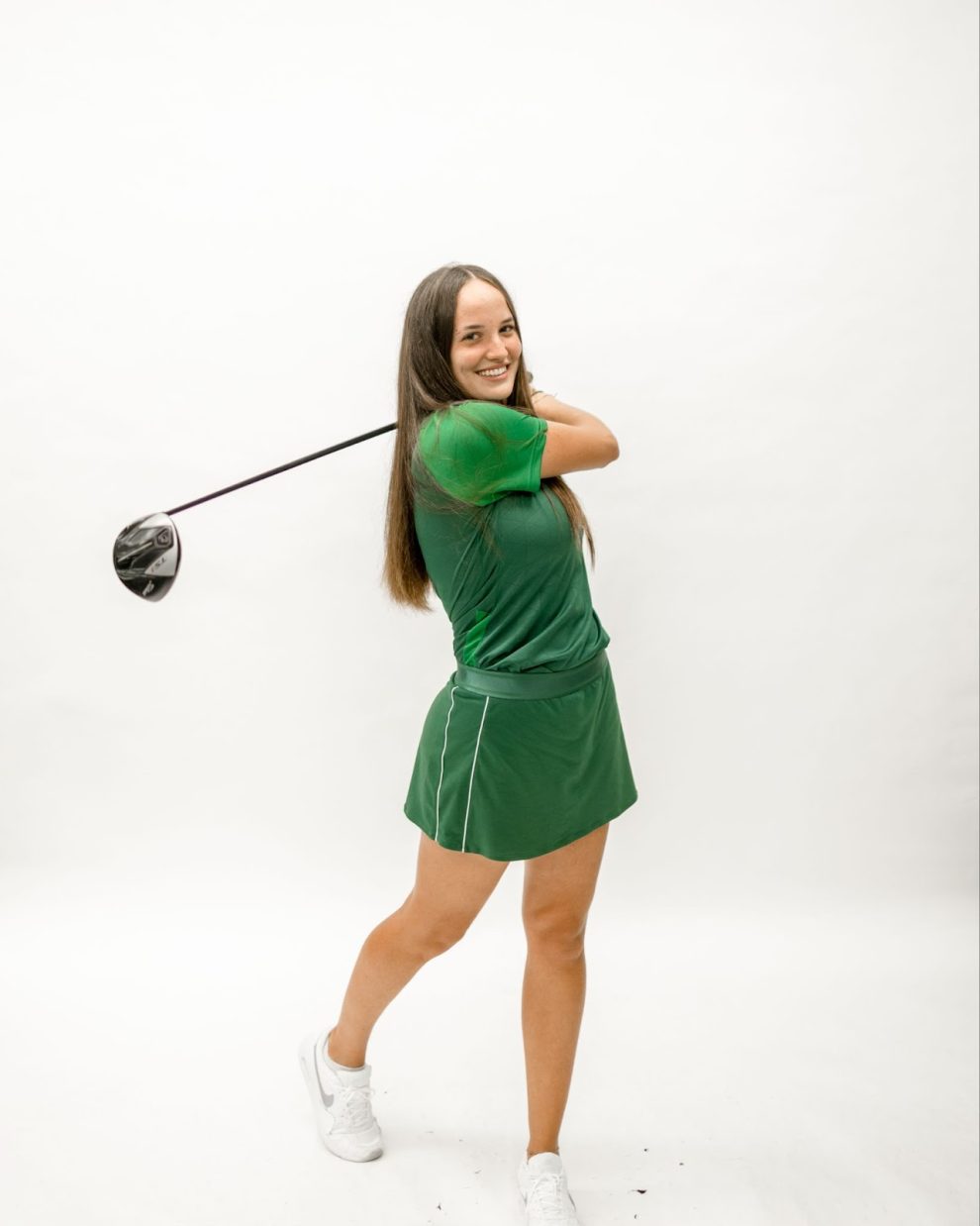 Coming all the way from France, Cypriane Annamayer, second-year business marketing major and member of the Point Loma Nazarene University women’s golf team, has made San Diego her home for four years. In this exclusive interview, Annamayer shares about her home country and her experience at PLNU so far.

The Point: Were you able to choose which university you were going to? If so, why did you choose PLNU?

CA: I first looked at colleges depending on their golf teams and then, one day my dad told me about Point Loma. I looked at their website and saw that the campus was right above the ocean and that they had a golf team. I found out that I had a friend of a friend that went [to PLNU] and told me that the people were amazing there, and [how] San Diego was really cool. So, I immediately emailed the coach and got accepted!

The Point: What was it like when you first moved on campus?

CA: At first, living on campus and so far from my family was really difficult, but I got used to it pretty quickly. Living in a dorm with a roommate was so new to me but it has been really great. In France, universities don’t have campuses so I’m really grateful to be able to live this experience. I feel like it would be a lot harder to make friends or be involved in clubs, etc if I wasn’t living on a campus.

The Point: Did you feel any culture shock when you arrived in California? If so, are you still experiencing it now?

CA: I had never been to California before, but honestly, I didn’t feel a huge culture shock when I arrived here. The first thing I noticed were probably the cars. Everybody here has a car at 18 and drives everywhere with it which is crazy to me. In France, nobody even has their driver’s license at 20 and everything is closer to each other, so we can either walk there or take the bus. Another culture shock was the food, I never realized how often Americans “eat out” instead of cooking at home. And the last thing that was weird to me at the beginning was “hugging” people to say hi to them.

The Point: What are your thoughts on the education here and the classes you are taking? Are you enjoying them?

CA: The thing that I like the most are the class sizes and the close relationship we can have with the professors. The only foreign thing to me are the general education requirements that do not pertain to my major. In France, when we go to university, we choose a specific major and only study that subject for four years. I can’t say that I enjoy all of my general requirements classes but it has been very eye-opening.

CA: I really like my professors, and have had only good experiences with them since last year. That’s probably one of the things I love the most about PLNU, they are caring, understanding and always want what is best for you.

CA: I’ve never been to university in France but I know that class sizes are a lot bigger than here. They are usually a hundred or so just for one class. The other big thing is the importance of sports. In French high-schools, sport is really not important and we don’t even have high school sports teams. It’s still crazy to me that I can be part of the golf team, play everyday and still get a degree at the same time. I also took some time to get used to do the grading system with “A” and “B” etc. In France we are graded out of twenty and it doesn’t translate into a letter.

The Point: What is your favorite thing about Point Loma, and what is your least favorite?

CA: My favorite thing about Point Loma is probably the location, the weather’s perfect

(compared to France) and the ocean is two minutes away. If I had to find a least favorite thing, I would probably say the cafeteria.