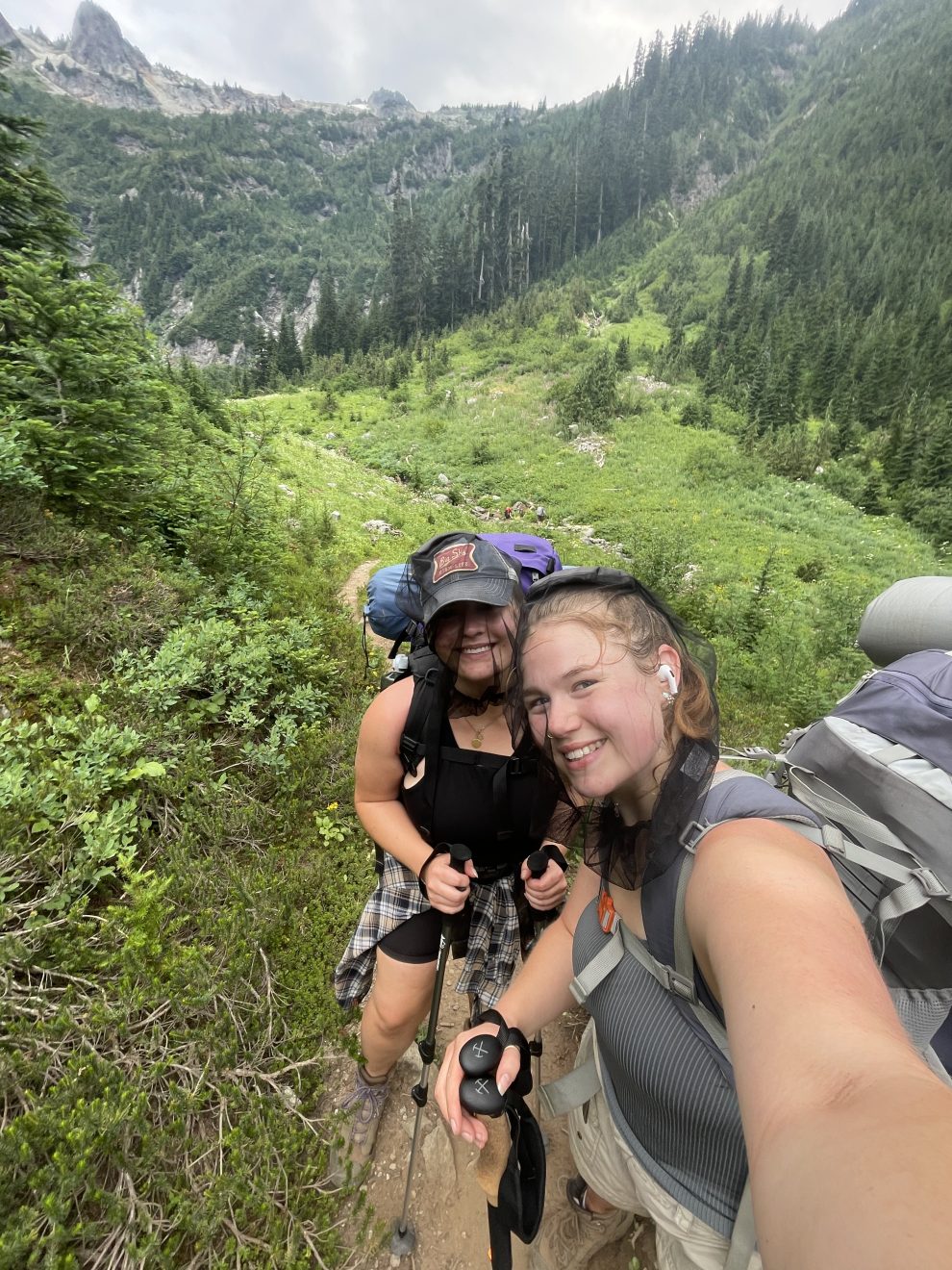 For many, summer break is filled with trips along the coast, flights to foreign countries and family visits; the more daring, however, travel with just a backpack and a general idea of their destination.

Point Loma Nazarene University third-year psychology major Katie Morris set out this past August with freeze-dried meals, camping gear, bug nets and her vice of choice, Fairlife protein milk, strapped to her back in preparation for the trail ahead of her.

“My high school friend and I went on a 20-mile hike to Marmot Lake, an alpine lake up in Western Washington. We had been dreaming about doing our first backpacking trip together for a few summers now,” said Morris.

They departed at 2 a.m. for their two-day excursion. With 40-pound backpacks, and no prior physical training to prepare them for the hike ahead, Morris and her friend hiked the 10 miles up to the lake, hoping their bug nets would fight off the seasonal influx of mosquitoes. With no internet connection, limited saved maps and an urge to turn around at the 8-mile mark, they persevered through the increasing, 40-pound inflicted back pain.

“After pushing through and making it to Marmot Lake, we were both filled with such euphoria that she and I jumped into the lake. We were both so sweaty, smelly and covered in bug bites which made going into the freezing water so worth it; it was nice to feel temporarily ‘clean,’” said Morris.

After making dinner, hammocking and setting up camp by the lake for the night, Morris returned to the trailhead the following evening as she concluded her first backpacking trip, with many more to come. She left with a renewed sense of peace after spending time out in nature, unplugged from the outside world.

“You get to see places that are sometimes untouched by man, and I find it especially valuable when you can’t use your phone in the moment to either take a photo or share with others what you were up to. It’s a sacred beauty that only you, your peers and nature share for that moment,” said Morris.

It’s not always mosquitos that fight back during a backpacking trip, however. Second-year open major Luke Spencer set out with his roommate this past summer to explore the Rocky Mountains, located an hour-and-a-half drive from Denver. Spencer spent the weeks leading up to his trip hiking Torrey Pines, training himself with the weight of a backpack and breaking in his hiking boots. Despite his preparation, Spencer was still met with the unpredictability that comes with backpacking, just one night into his Rocky Mountains expedition.

“We were setting up our tents on the first night and it just started pouring on us. Everything got soaked, it was a little miserable I’ll admit, but it was definitely something that I’ll remember,” said Spencer.

Despite the thunder and lightning cutting their three-day trip short, Spencer still had the chance to hike up 13,000 feet in the midst of the rain, experiencing the sights he retreated to the mountains in search of.

“The Rockies are just beautiful, being up in the mountains was arguably the most serene experience I’ve ever had. When you are out in nature — truly surrounding yourself in it — I think it is one of the best ways to encounter God’s creation,” said Spencer. “You experience God on an entirely different level; you are able to meditate, you really are able to admire everything he has created.”

Initially setting off on her journey alone, Peters met other solo-travelers along the way to join in on her adventure — surfing, sightseeing and booking hostels as she went. With only a few missed buses and trains, Peters left her backpacking trip having made new friends, experiencing different parts of the world and getting to surf various exotic locations.

Peters encourages those curious of venturing out on their own backpacking trip to approach it with a mixture of spontaneity and preparation.

“It makes it less expensive to plan out some aspects of your trip; I planned everything so last minute, usually the day of or the day before, so it was super expensive. It’s important to be open-minded though,” said Peters. “Part of the fun is meeting people along the way, especially if you are solo-traveling, and finding things to do as you go.”