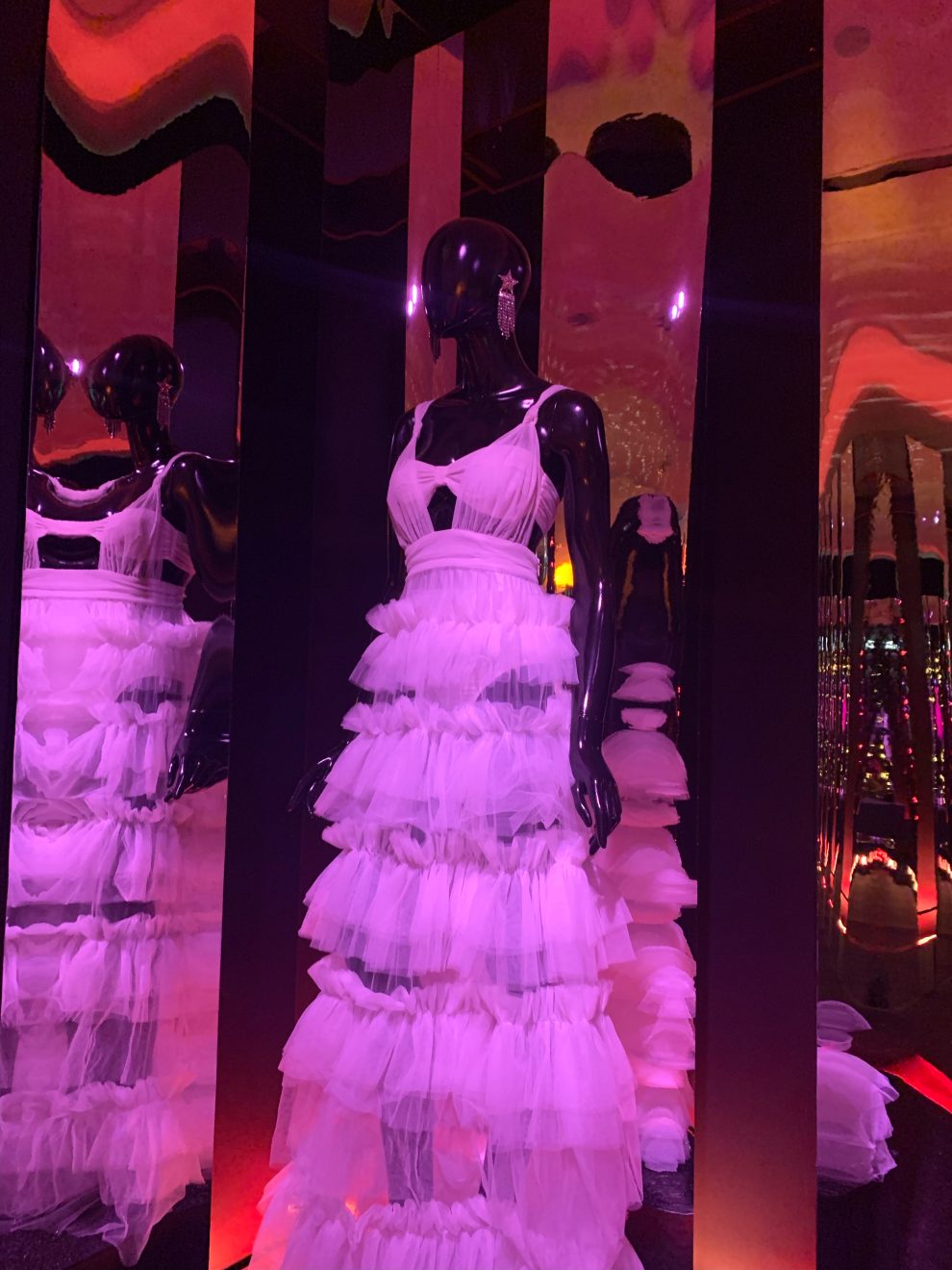 Whether it is a crystal-bedazzled broccoli purse being strutted down the runway or a pair of high heels formed by deflated balloons, both New York Fashion Week (NYFW) and Paris Fashion Week bring creatives, designers and fashion lovers together for the two biggest weeks of the most influential and memorable month of the industry.

New York City kickstarted the month-long affair during the week of Sept. 9-14. As the first city to launch a fashion week, according to FashionWeekOnline, NYFW draws in the most shows as it welcomes in both distinguished returners and up-and-coming designers.

What is seen on these runways is said to predict the upcoming trends for the spring and summer of 2023. Hypebeast noted the recurring pieces throughout NYFW suggest that when the weather heats up, people can expect to see colorful knits, super-mini bags, clothing with pronounced shoulders and shimmering lace trending.

Beyond calling the trends, what is especially prominent in NYFW (compared to the other three weeks) is the diversity and culture that pours from the city streets onto the runways. Point Loma Nazarene University third-year multimedia journalism major Charis Johnston is currently studying abroad in NYC and got to experience the culture of NYFW firsthand.

“There is a huge artistic culture in NYC and part of that is fashion. I think it’s easy to put fashion week on a pedestal because it is iconic, but there is a lot more to it than what you see on Instagram or TikTok,” said Johnston. “There was the first ever South Asian NYFW runway, which is pretty cool in my opinion.”

A component of this year’s NYFW was the increase in inclusive runways and fashion that comments upon pertinent issues. Concept Korea was one of the up-and-coming brands present that showcased designs from Korean fashion designers who are breaking into the Western fashion market. Their runway was filled with khaki trench coats, ruffled dresses, pinstripes and fishnets.

Clothing brands Disco Inferno and 14N1 also took advantage of the large crowds, bringing light to an issue close to the designers’ hearts. Setting up the show in the center of the Bronx housing projects, Disco Inferno founder A$AP Illz showcased her clothing line targeted towards the hip-hop community. The models walked out donning various pieces that displayed the phrase “More Fashion, Less Gun Violence.”

According to a statement given to Forbes, Illz revealed the inspiration behind the line was to “shed light on how [her] generation is killing one another with gun violence” right in the midst of the community she grew up in.

As a week that is dedicated to honoring the work of designers and fashion influencers, many left inspired by those who used their platform to advocate for relevant issues, such as inclusion and gun violence.

“It’s good to be critical and ask big questions of the fashion industry. All of these aspects are super important to consider, and when you can do that, I think you are more capable of celebrating fashion, which is what NYFW should be – a celebration of creativity,” said Johnston.

The celebration of creativity carried on through the London and Milan fashion weeks, and concluded in Paris for the week of Sept. 26-Oct. 4. The city’s fashion is centered around big-name designers, which PLNU third-year history major Ally Ruch noticed to be a common theme in Parisian fashion during her time studying abroad in summer 2022.

“Designer shops are around every corner, as well as large campaigns and billboards – which can be seen inside the metro and even on the side of the Musée D’Orsay,” said Ruch. “Patterns and textures are often mixed to create cohesive outfits that function as both status symbols and expressions of an individual.”

As the fashion world flocked to the last fashion capital on the agenda, the biggest designers took to the stage, wrapping up the month in memorable ways. French brand Corpreni shocked audience members and social media with their viral spray-on-dress moment. Supermodel Bella Hadid posed on stage as three individuals sprayed a white dress onto her body with a spray-on fabric created by “natural and synthetic fibers with a polymer solution,” according to CNN. The solution, referred to as Fabrican, creates a “jersey-like fabric” once it reaches the skin.

Balenciaga drew attention with its runway presentation. The clothing brand filled a convention center, located in Villepinte, with 275 cubic meters of mud, dripped slime down the runway and released a scent of decomposition. Demna, the designer behind Balenciaga, constructed this set to depict his message of “digging for the truth and being down to earth,” according to The New York Times. Models trudged through the mud wearing purposefully distressed and dirtied clothing. The lineup was joined by Kanye West, who walked out wearing a Balenciaga mouthguard, with bruised makeup to appear as if he were punched in the face.

However, the figurative punch was not the only hit West took during Paris Fashion Week. West’s controversial runway show for his brand Yeezy was met with great backlash after he presented a new piece in his clothing line: long-sleeved t-shirts that display the message “White Lives Matter” across the back. As the shirts made their debut, West’s only explanation was “It says it all,” according to The New York Times.

Various figures within the fashion industry were quick to voice their disapproval; most notably, Vogue editor Gabriella Karefa-Johnson took to Instagram to say, “Indefensive behavior. There is no excuse, there is no art here,” following the show. Others, such as singer Jaden Smith, stood up and left before it concluded.

West stated during his show “everyone knows [he] is the leader” of the fashion world, but the hundreds of creative minds that gathered throughout the month made their own waves through the industry. While the highly influential month came to a close on Oct. 4, fashion-lovers can expect to see the runway trends hitting the streets in the springtime.