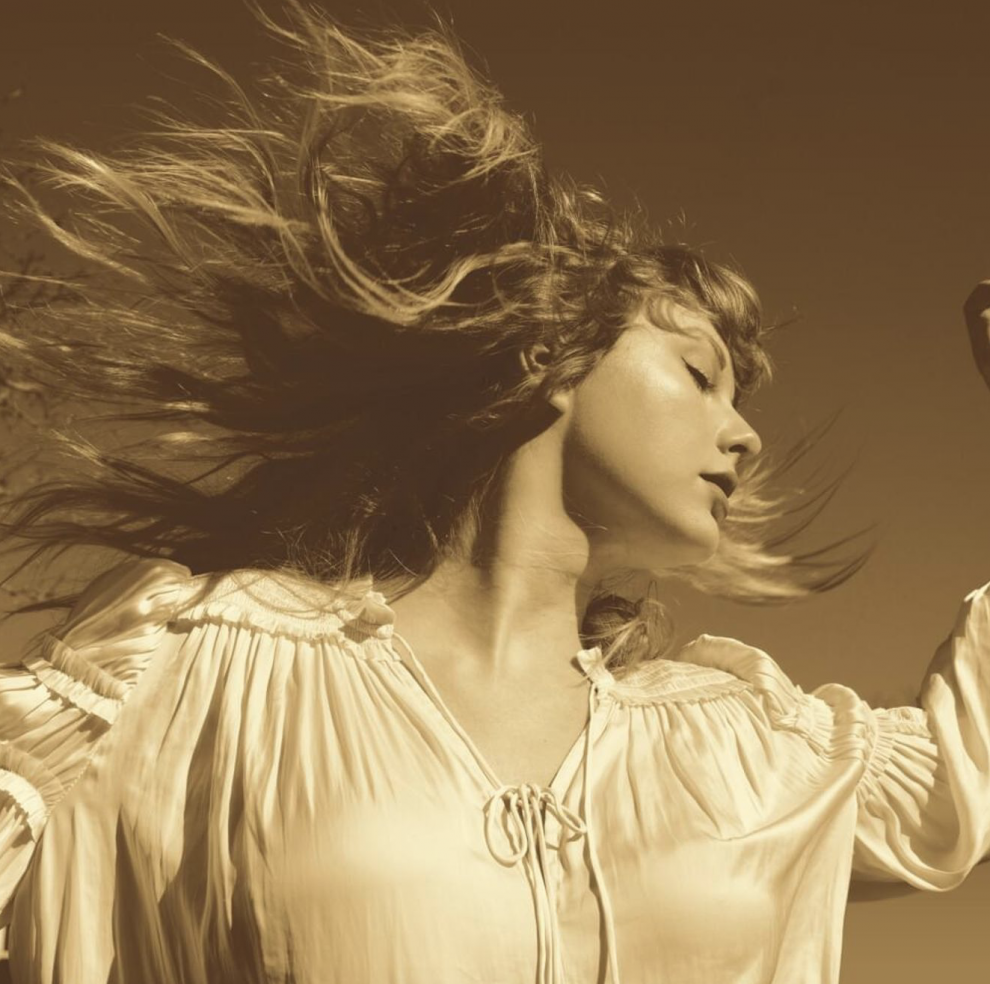 The queen herself, Taylor Swift, has always wanted to own her own music, but there were many disagreements over the rights to her master recordings while at her former label Big Machine Records. In August 2019, after the announcement that her masters were being sold to Scooter Braun, a music industry executive who reportedly bullied her in the past, Swift announced she would re-record her first six albums. Since then, Swift has dropped her first re-recorded album titled, “Fearless: Taylor’s Version.”

“Fearless: Taylor’s Version” includes all 19 songs from the 2008 “Fearless Platinum Edition,” some bonus songs such as the 2010 single, “If Today Was a Fairytale,” and six new songs that were originally written for the original album but didn’t make the cut. The bonus tracks include new favorites like, “You All Over Me” featuring Maren Morris, “Mr. Perfectly Fine,” “We Were Happy,” “That’s When” featuring Keith Urban, “Don’t You” and “Bye Bye Baby.”

On my first listen, there was a great feeling of nostalgia. The project feels like a blast from the past through a new lens of wisdom and experience while the original focused on naive youth and coming-of-age lyricism. Swift’s vocals have greatly improved; they are smoother and loaded with sentimentality. Right off the bat, “Taylor’s Version” felt like catching up with an old friend, the kind with whom you can pick up where you left off. While the album is the same in sound as the original, it is slightly different from her old songs in tone, instrumentation and key changes.

In an interview with Entertainment Weekly, Michael A. Lee, Professor of Commercial Music at Azusa Pacific University gave his input on how different “Fearless: Taylor’s Version” is from her 2008 original recording. He said, “The original version is very much a country record of how it recorded the instruments, so we’re getting more full body.”

According to Lee, the guitars, pianos and acoustic guitars don’t sound as thin because they have more of the mid and low frequency material in there.

“The overall effect is just fuller, louder, a little more compression, which is sort of the technical tool that we use to get a little bit of that fuller sound and the end result is just a way more modern kind of sound,” Lee said.

From an interview Swift did with People, she said, “I really wanted to stay very loyal to the initial melodies that I had thought of for these songs.”

The tweaks that Swift made were intentional, but she added, “I did go in line by line and listen to every single vocal. If I can improve upon it, I did. But I really did want this to be very true to what I initially thought of and what I had initially written. But better.”
The album has done very well commercially since its release and has dominated the Billboard 200 Chart having “moved over 1 million units worldwide.” The original, “Fearless”  debuted at No. 1 on the Billboard 200 chart on Nov. 29, 2008, and spent 11 nonconsecutive weeks atop the chart, according to Billboard. Will this version have the same success?

Finally Fall: A Watchlist for the Perfect Fall Vibe

Out of the Glovebox: “Revolutionary, Vol. 1”
Doom 2016: Not Your Grandpa’s Video Game

Finally Fall: A Watchlist for the Perfect Fall Vibe

I Woke Up at 3 A.M. to Watch the Queen’s Funeral